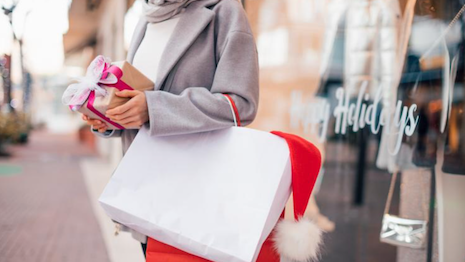 Holiday retail sales are expected to hit a new record, so brands have to be prepared. Image credit: National Retail Federation

With a competitive holiday shopping season now underway, brands and marketers need to diversify their digital media mix to reach consumers sooner rather than later.

With a competitive holiday shopping season now underway, brands and marketers need to diversify their digital media mix to reach consumers sooner rather than later.

During a webinar hosted by independent performance marketing agency Tinuiti, marketing experts discussed which strategies can help retailers this season. By expanding audiences and running campaigns on multiple channels, advertisers can be well positioned for the holiday season.

“Getting out in front of your potential customers early means getting your brand out there early,” said Josh Brisco, vice president of growth media at Tinuiti, San Diego. “We should already be in this demand generation phase where we can spend a little bit more effectively or efficiently.”

Holiday prep
Retailers and advertisers should start by defining their goals, whether these are focused on efficiency or growth focused. Goals will define which key performance indicators (KPIs) should be evaluated, whether it is ROI and cost per acquisition for efficiency goals or customer acquisition and year-over-year growth for growth goals.

Taking a return or growth driven approach will then influence media mixes.

For instance, a return driven approach might rely more on search ads while brands focusing on growth may invest more in social and video ads.

To maximize budgets, advertisers should also time their media mix with seasonal changes in media cost.

In 2020, cost-per-click for Google search ads in the apparel category jumped during Cyber Week. However, weekly search demand began steadily growing in September and October, accelerating in late October.

Similarly, as CPC begins to dip in December, weekly search demand remains elevated – allowing marketers to capitalize and capture sales after generating interest and demand earlier in the season. Last year, 72 percent of apparel and footwear shoppers purchased from a retailer in their initial consideration set.

According to a recent Bazaarvoice study, more than half of consumers said they are shopping online now more than they were pre-COVID-19, indicating a need for brands to continue highlighting and polishing their online offerings. Sixty-four percent of respondents also said that while they shopped at physical stores for holiday gifts in the past, only 56 percent said they would be doing in-store shopping this year (see story).