Nick Foulkes Literally Wrote the Book on the Jaeger-LeCoultre Reverso

There are few watchmaking designs more tangibly enjoyable than the Reverso. Conceived by Jaeger-LeCoultre in 1931, it’s instantly recognizable for its Art Deco flip face, created for British colonial officers stationed in India to safeguard the glass during leisure-hour polo matches. To celebrate the model’s 90th anniversary this year, watch expert and Robb Report contributor Nicholas Foulkes dived into the Reverso’s history to produce a sprawling tome, published by Assouline, dedicated to its timeless appeal. Foulkes spent about 18 months researching the book, which explores not only the model’s significant mechanical feats but its dual role as a canvas for personal expression, something for which the Reverso is still known today, well into an era that considers it a dress watch. Robb Report’s conversation with the author has been condensed and edited for clarity.

Why do you think the Reverso has had such lasting appeal—nearly a century now?

One of the Reverso’s strongest suits is that what was initially meant to be a protective maneuver has turned into this way of appreciating beauty. And although they have totally reengineered it—which I go into at some length in the book—it looks the same as the original.

What do you consider the pivotal point in the model’s history?

If you look at the first half of its life, it could just have been a watch that lived and died in that time, but it was revived during the ’70s by one of their Italian distributors. At the time, the Italians were leading the trend for wristwatch collecting and were hugely influential in changing tastes. They had some old cases left over, and that’s how they restarted production. With everything nowadays, there’s a marketing story. What’s quite nice is that the past is usually a lot less tidy and a lot more interesting. 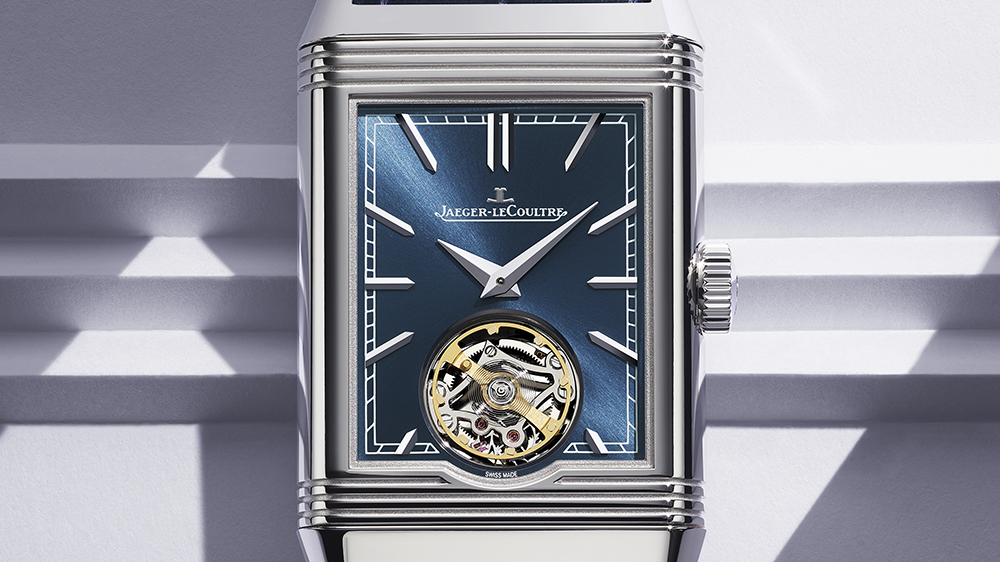 A current model of the Reverso Tribute Tourbillon in platinum.  Jaeger-LeCoultre

Do you think the model reflected changing attitudes toward design at the time?

When the ’20s arrived, it was the first time being young and active was a thing. You had Chanel using jersey for dress fabric, for example, which had been used for men’s underwear before then. You had René Lacoste’s invention of the tennis/polo shirt. All fashion is a reaction against what went before. And among those different ways of doing things was the wristwatch. It was a much more active way of using a watch. Every aspect of design was touched by that spirit of modernity and this sort of angular, hard-edged sleekness.

Is there a particular model in the book you wish you owned?

I think that the straightforward chronograph they did was quite beautiful, and also the three-faced Reverso with the astrological signs—I have a great affection for it because it shows how extreme watchmaking was in the ’90s. 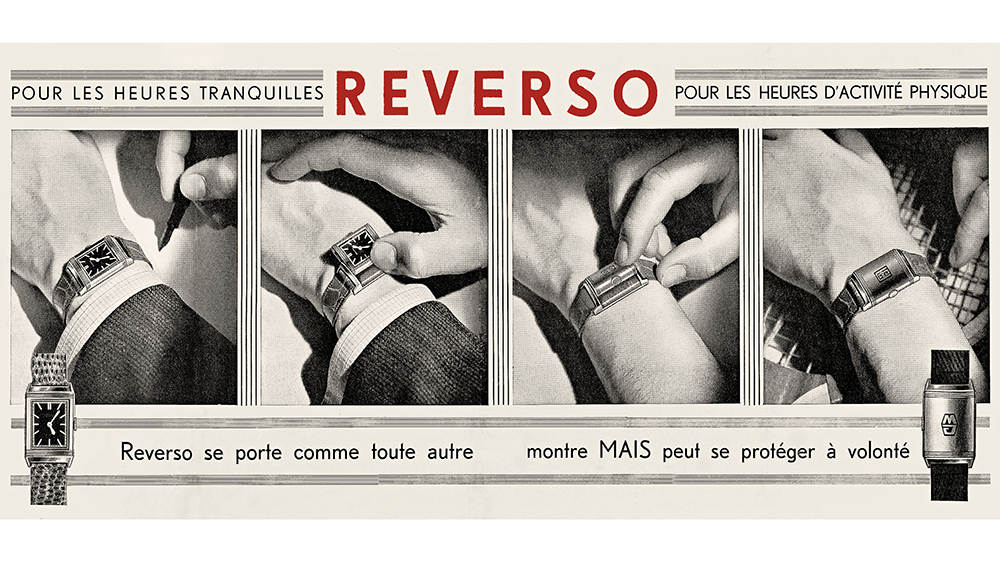 A French Reverso advertisement from 1932.  Assouline

Have you ever had face time with one of the original models from the ’30s?

Yes, and the modern ones are much better. They’re just so much more accomplished now, as objects. In terms of flipping the dial, the older ones are like when you’re looking at an old car and you shut the door and it’s a bit tinny, whereas the new ones feel like a modern Bentley, where shutting the door feels like shutting a vault.

The Reverso is also known for its versatility in terms of customizations. Do you have a favorite?

I had a say in commissioning one, which featured the Scuola Grande di San Rocco of Venice (see below). I wanted to write about [JLC’s] miniature enameling. They created this watch so that I could showcase that skill. So, obviously, I have a fondness for that one. The miniature enamel painting is so disciplined, so exquisite and so consigned. It’s what you love about the Swiss: They make these tiny mechanical worlds in these small objects that are, by all standards, redundant. And yet we love them.

Three examples that show the range of personalization possibilities with a Reverso—and a bit of imagination. 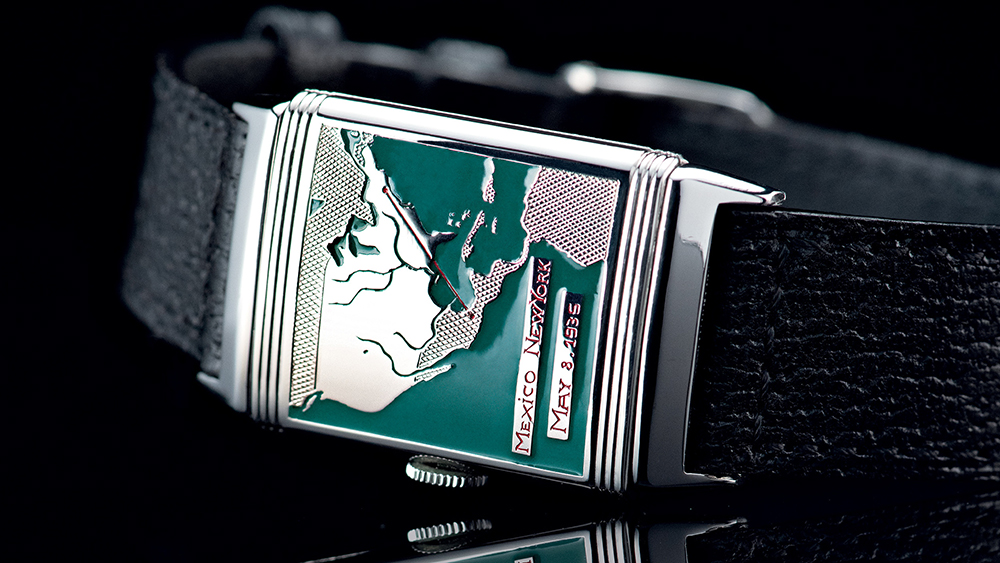 An engraved and lacquered depiction of Amelia Earhart’s route for her nonstop, record-setting 1935 flight from Mexico City to New York, created in honor of the legendary female pilot that same year. 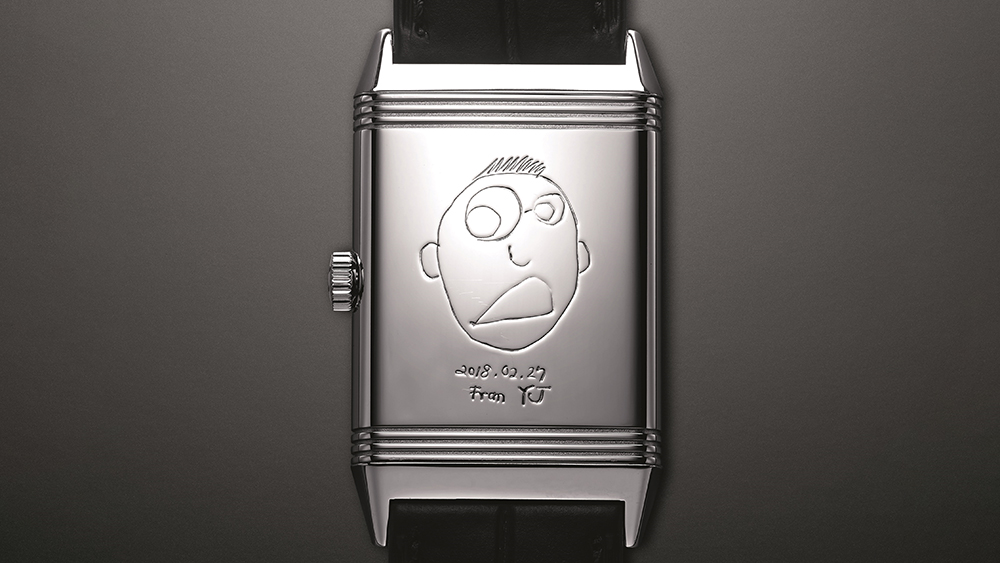 For his birthday in 2018, South Korean collector Cho Hyunchul had his young son’s charming, freehand illustration engraved on the back of his Reverso. 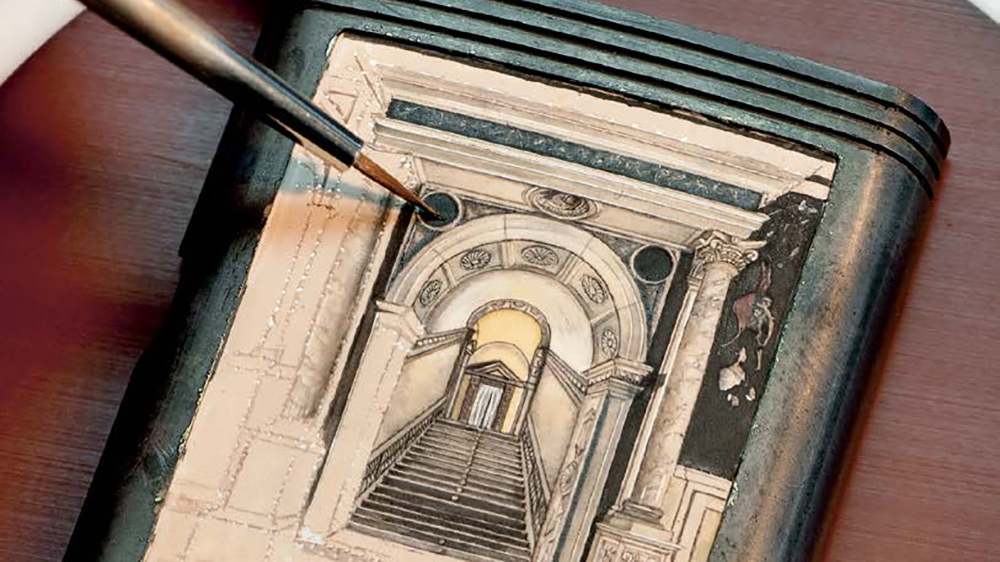 This enamel painting of the Scuola Grande di San Rocco was commissioned by author Nicholas Foulkes in 2016 and created by Jaeger-LeCoultre to celebrate their patronage of the building in Venice.