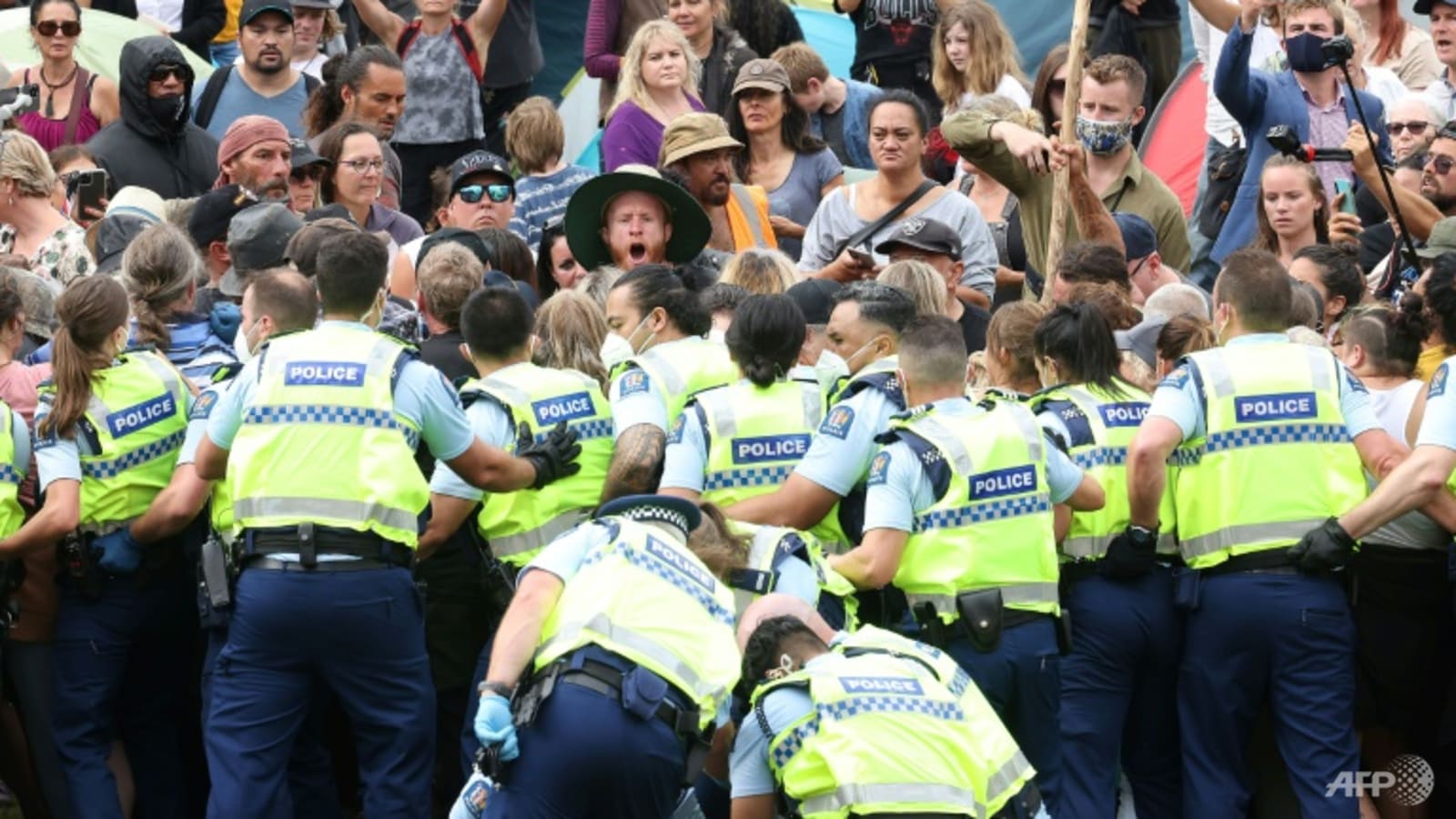 WELLINGTON: New Zealand police ruled out forcibly clearing anti-vaccination protesters camped around parliament in Wellington on Friday (Feb 18), saying they did not want to provoke violence on the streets of the capital.

Police have taken a hands-off approach after an attempt to take control of the lawns late last week resulted in violent clashes and 120 arrests.

But he insisted dialogue with the demonstration’s leaders was yielding positive results, even though the number of people squatting outside the legislature continues to swell.

“Enforcement action taken by police runs the real risk of injury to the public, escalation in numbers of people, and a transition away from a largely peaceful protest to violence,” Coster said.

“In our assessment, the only safe option at the present point in time is a continued focus on de-escalation.”

The protesters, inspired by Canada’s “Freedom Convoy”, jammed roads with cars, trucks and campervans early last week, then set up camp on the lawns of parliament.

They have erected tents and shelters, and organised portable toilets, food distribution points and childcare facilities.

New Zealand’s largest news website said police had “seemingly ceded control” of the parliamentary precinct, pointing to the presence of protesters acting as self-styled security guards to monitor access to the grounds.

Coster said about 800 people were at the camp, with more than 450 vehicles obstructing roads, and predicted numbers would increase over the weekend.

Police threatened to use the military to tow vehicles this week but backed off after protesters put out a call on social media for reinforcements.

Wellington residents have complained about being abused for wearing masks and noted some far-right messaging among the anti-government and anti-media slogans displayed by protesters.

A group of local mayors, business leaders, unionists and lawmakers issued a statement Friday saying the action had “gone well beyond” peaceful protest.

“The people of Wellington have had enough of this illegal activity, harassment and disruption, we ask that it end immediately,” they said.

Parliamentary officials tried to clear the grounds last weekend by playing pop music and children’s song Baby Shark on a loop and activating the lawn’s sprinkler system to soak the camp.