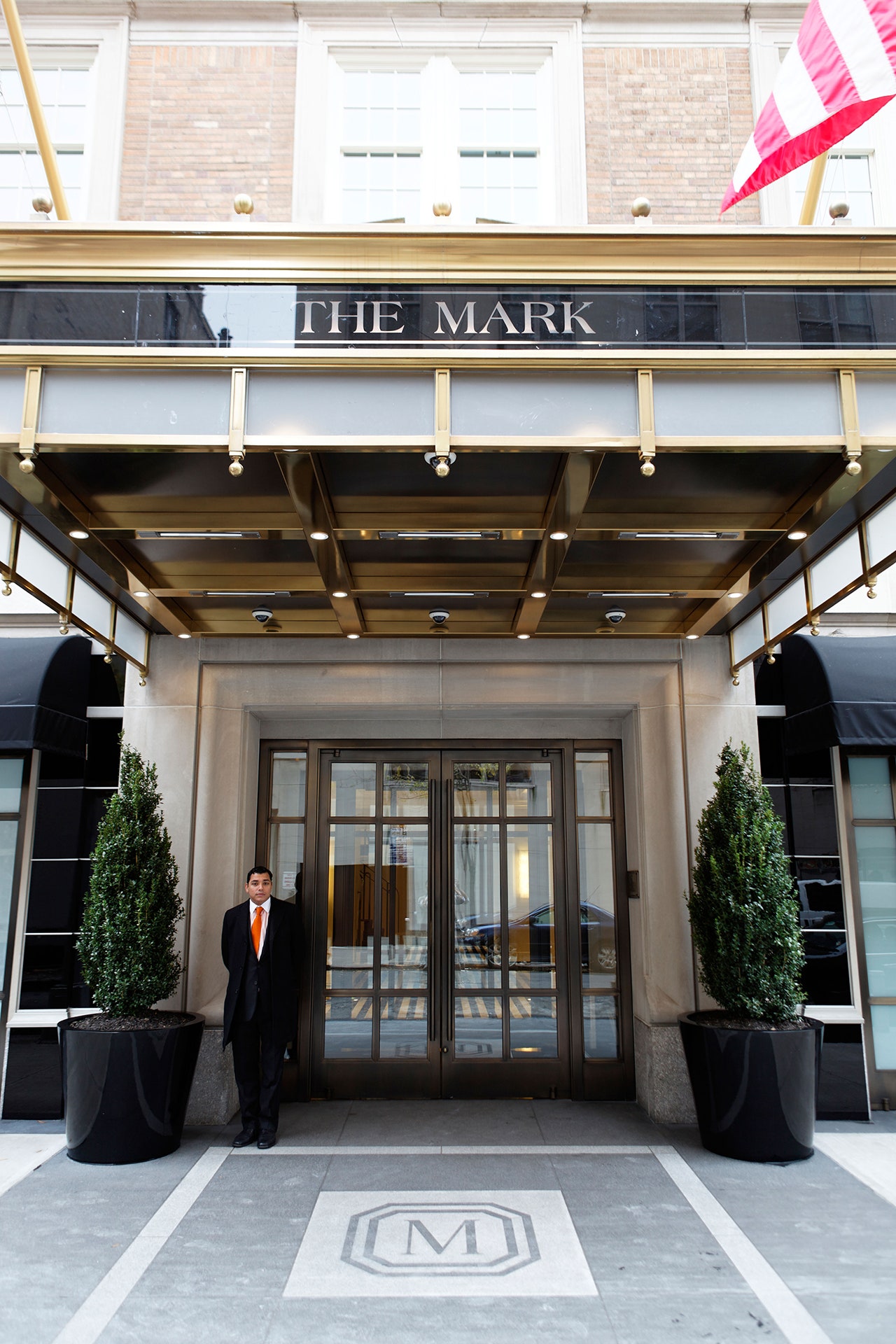 The short itself takes the silhouette of Orlebar Brown’s beloved Bulldog style but has had a rousingly artsy reinterpretation. Boldly emblazoned on both front and back you’ll find a decadent illustration from French artist Jean-Philippe Delhomme. Known for his fabulous fashion illustrations and collaborations with the likes of Chanel, Dior and Louis Vuitton, Philippe Delhomme turns his skilled hand to the bustle of the society hotspot to depict The Mark in all its glory, and its luxury clientele.

‘We are ecstatic to have collaborated with Orlebar Brown to bring the characters of The Mark, as imagined by celebrated French illustrator, Jean-Philippe Delhomme, to life via their classically chic Bulldog swim shorts. The illustration perfectly captures the bustle of New York City, the essence of The Mark, and with the help of Orlebar Brown, brings our boldly lavish brand from the Upper East Side to beaches around the world,’ says The Mark.

If you’re yearning to bring some Uptown charm to the British seaside this summer, look no further. The Mark x Orlebar Brown swim shorts are available to buy now from leshop.themarkhotel.com