At least 53 people have been killed and dozens more injured after the truck they were being transported in crashed in southern Mexico, authorities say.

Over 100 people, said to be migrants from Central America, were crammed into the truck’s trailer when it rolled and hit a bridge in the state of Chiapas.

Pictures from the crash scene show victims strewn across the road next to the overturned truck.

There were also rows of what appeared to be bodies covered in white sheets.

It is one of the worst accidents of its kind in Mexico, with at least 58 people injured, some seriously, said Luis Manuel Garcia, head of the Chiapas civil protection agency.

He said the victims included men, women and children. Their nationalities have not been confirmed, but local officials said most of the people on board were migrants from Honduras and Guatemala.

The truck was reportedly speeding when it flipped on a sharp bend and hit a pedestrian bridge on a main road leading to the Chiapas state capital Tuxtla Gutiérrez.

Chiapas, which neighbours Guatamala, is a major transit point for undocumented migrants. 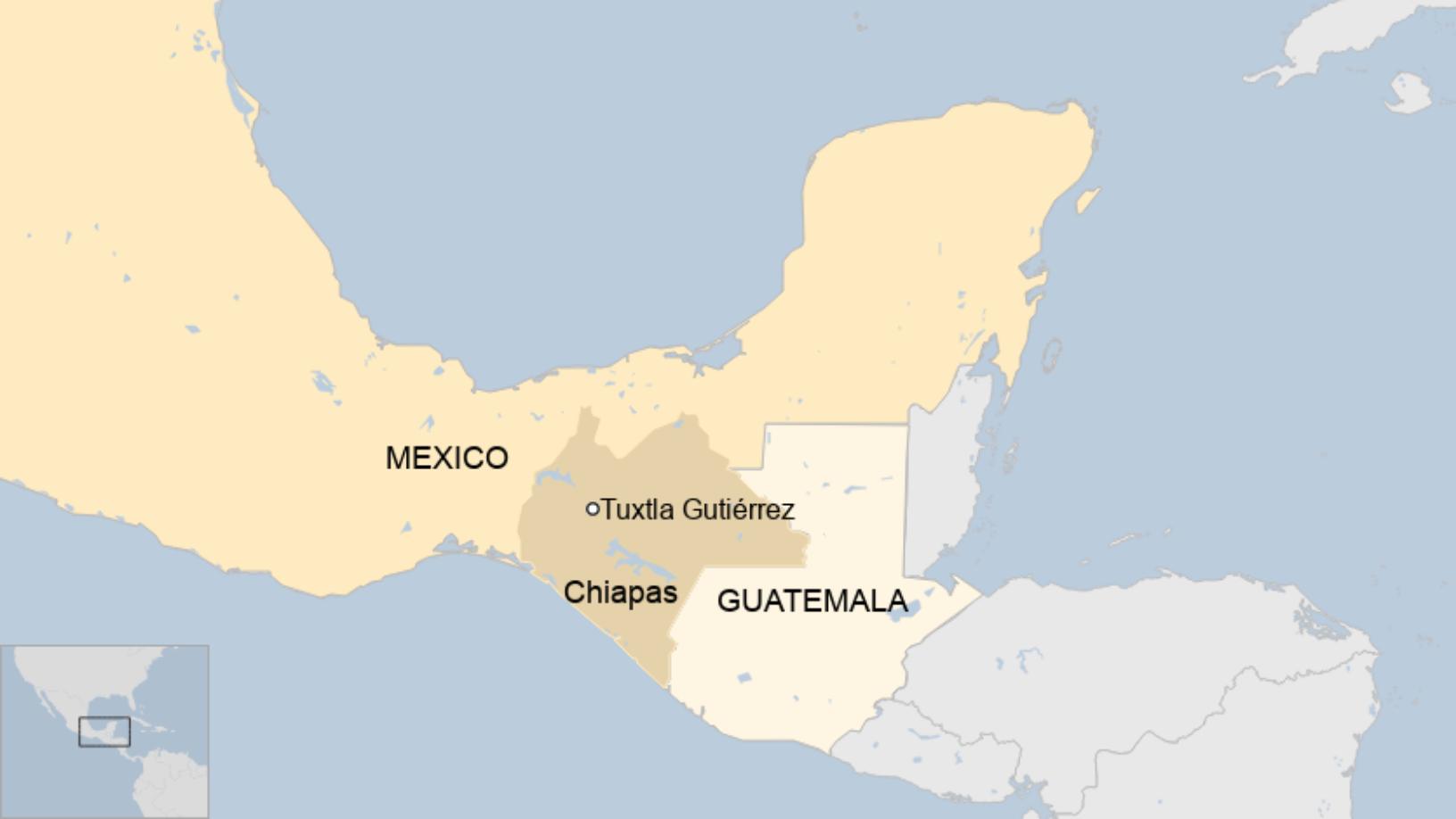 Hundreds of thousands of migrants fleeing poverty and violence in Central America try to cross through Mexico each year in a bid to reach the US.

Many of them pay smugglers, who illegally transport them in crowded and dangerous trucks on the long journey.

The US-Mexico border is the deadliest single crossing in the world according to data from the International Organization for Migration (IOM). This year alone, at least 650 people have died at the border, trying to cross it, more than in any other year since IOM’s records began.

There are also many deaths on the perilous journey towards the border, however these are harder to accurately document, the IOM said in a statement.

Mexico’s President Andrés Manuel López Obrador described the crash as “very painful” and wrote on Twitter that he “deeply regrets the tragedy”.

Last month, a migrant caravan heading through Chiapas found that the local authorities had clamped down so hard on people providing lifts to migrants, they effectively had to undertake the entire journey on foot.

That meant carrying their children in their arms in the blistering heat and torrential downpours of southern Mexico’s rural states.

It’s a tactic employed by the government to try to break the migrants’ will, to see if any will give up and turn back or accept asylum conditions in Mexico.

Throughout it all, trucks have continued to transport thousands of migrants right under the noses – or with the complicity – of the state authorities.

Their trailers filled with scores of families standing in cramped and unsafe conditions for hours, it’s a wonder such accidents aren’t more frequent.

Often the biggest danger to the migrants is from suffocation as the people-smugglers fail to provide sufficient ventilation or hydration for the trip.

Yet most of those in this horrific accident came from Central America and will have been escaping economic ruin, the effects of severe weather from climate change on their livelihoods or gang violence. Or some combination of all of these factors.

With that in mind, many thousands more will continue to consider the dangers of the road to be a risk worth taking to flee the unbearable conditions at home.

More on this story