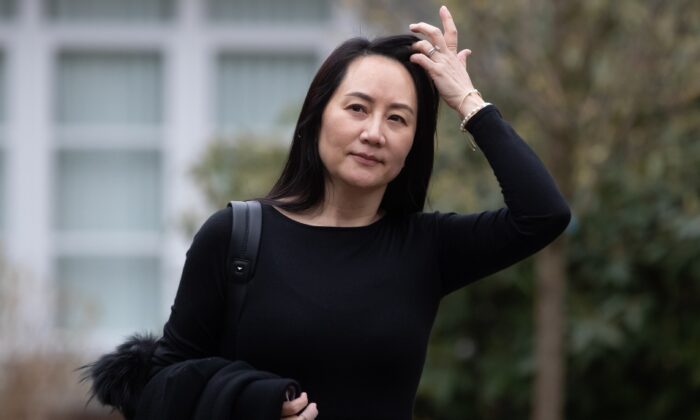 VANCOUVER—A lawyer for Canada’s attorney general is asking a B.C. Supreme Court judge to “step out of the weeds” and focus on a legal test for assessing whether Huawei executive Meng Wanzhou was subjected to an abuse of process during her arrest.

Robert Frater says the judge has been presented with two “vastly different narratives” about how Meng’s arrest unfolded and must consider whether to believe the exciting one or the ordinary version.

He says the judge’s main job is to determine whether there is real prejudice in Meng’s case that would be “aggravated” by allowing extradition proceedings to continue.

Frater made the comment as he began delivering the Crown’s response to several days of arguments from Meng’s team that claim Canadian and U.S. officials violated her rights and the extradition proceedings should be stayed.

Meng was arrested at Vancouver’s airport more than two years ago at the request of the United States on fraud charges that both she and Huawei deny.

Frater says any alleged misconduct by U.S. and Canadian officials has to be linked to the test of whether the applicant’s right to a fair hearing or the integrity of the justice system has been compromised.

“You’re not here to conduct an audit of the RCMP and (Canada Border Services Agency) actions but to consider whether there is real prejudice,” he says.

Frater says Meng’s lawyers have failed to establish the necessary prejudice to justify a stay of proceedings.