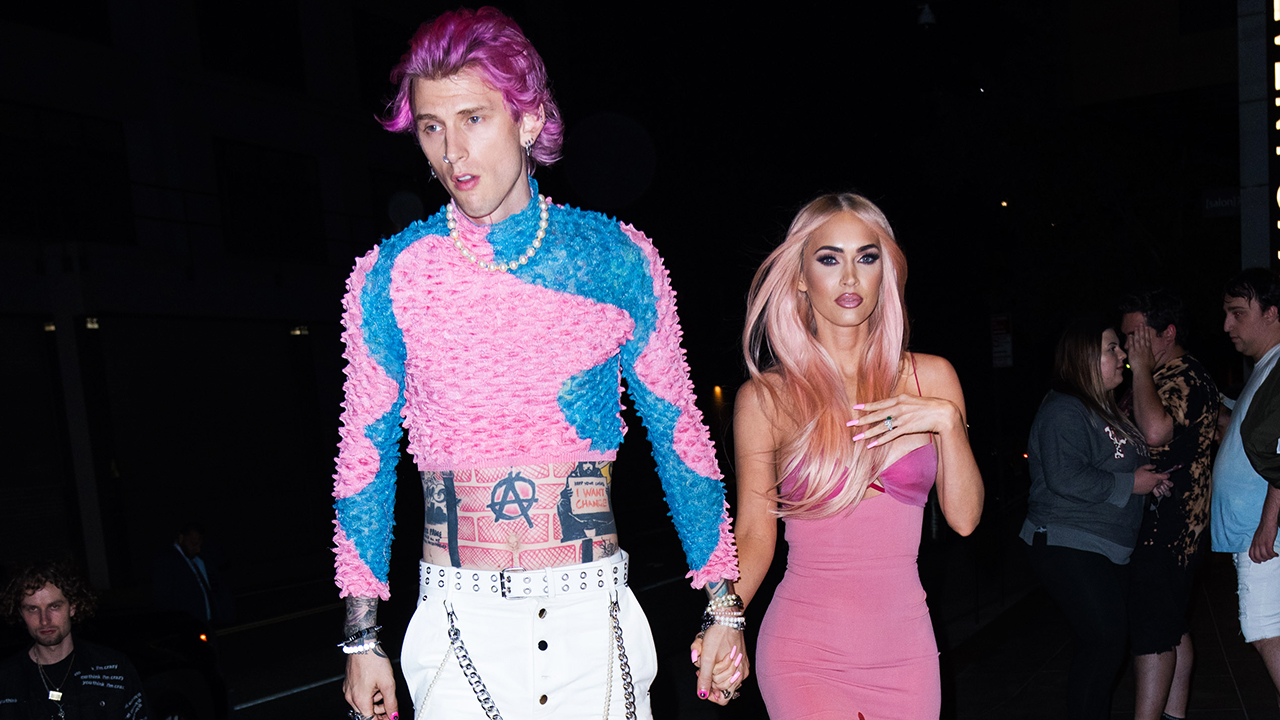 Margot Robbie might be making waves with sneak previews of her role as the classic doll come to life Barbie but Megan Fox and Machine Gun Kelly are giving the Aussie star a run for their money.

Hitting the red carpet for Kelly’s new documentary, Machine Gun Kelly’s Life in Pink, Fox and beau have happily tapped into the title of the film as a literal dress code for the night. From Fox’s rosé inspired hair to Kelly’s magenta tones right down to the clothing – Fox in a puce and Kelly in a candy pink-slash-blue popcorn top and Rick Owens sneakers.

It’s the sort of delirium-inducing fashion choices that be perfect for Greta Gerwig’s highly-hyped Barbie film, starring Robbie as the eponymous doll and Ryan Gosling as (her gay best friend) Ken. Perfect if Gerwig’s vision for Barbie was more like a thrashed out heavy metal and bondage-inspired R rated version of itself.

The PDA- and TMI-heavy pair have earned themselves a reputation for their unique approach to complimentary dressing and their latest outing could be their best yet. Since first making their debut on the red carpet debut at the American Music Awards in 2020, Fox and Kelly have repeatedly dressed to impress – and titillate. Their most iconic moment occurred at the MTV Music Awards when Fox arrived in a nude Mugler dress and Kelly chose red Dolce & Gabbana paired Chris Habana jewellery.

Life in Pink takes a look at the life of Kelly behind the scenes in the lead-up to his Platinum-selling album Tickets to My Downfall. From some early reports, the film touches on some of the struggles with mental health that Kelly suffered, including drug addiction and one terrifying phone call made to Fox where Kelly allegedly has a gun to his own mouth.

The post Megan Fox And Machine Gun Kelly Are A Real-Life Barbie And Ken appeared first on ICON.