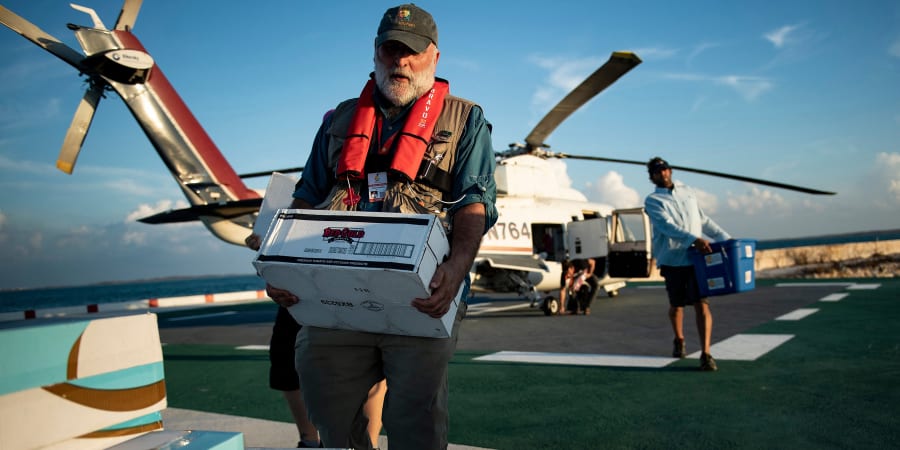 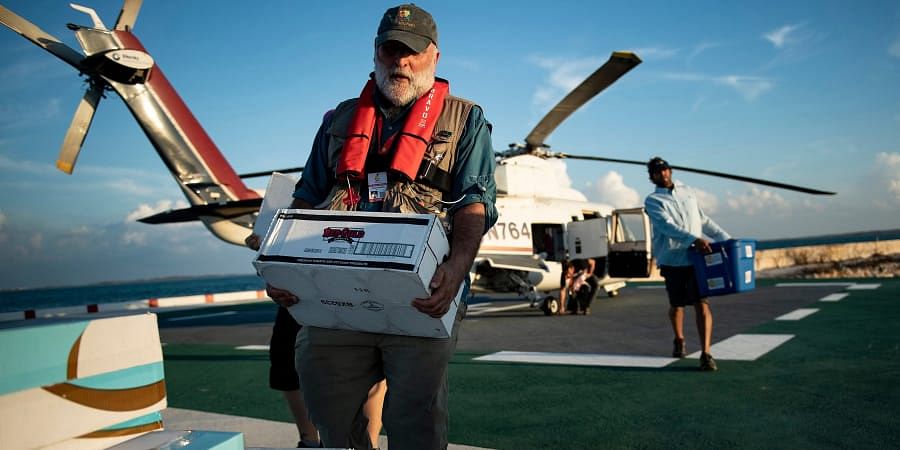 Rava-Ruska is a small Ukrainian town that was once infamous for being the site of a prison camp during World War II.

Located less than ten kilometers from the first town on the Polish border, it is here that chef José Andrés is distributing meals to Ukrainian refugees, assisted by nuns who are members of the international confederation of Catholic relief services Caritas.

Through his Twitter account, the chef presents the logistics of the kitchens of his World Central Kitchen association, which has already distributed more than 8,000 soups, chicken stews and apple pies, as of Sunday via another establishment of his NGO at the Polish border.

Feed all those who are fleeing war or trying to escape the damage caused by wrath of the Earth. This is the objective that Andrés set for himself with an international commitment launched in 2010 following the earthquake that devastated Haiti.

Hurricane Maria in Puerto Rico in 2017, Hurricane Ida in New Orleans in 2021, and the recent floods in Germany are some of the situations that prompted his World Central Kitchen to organise food distribution – concrete actions for which Andrés was recognised in 2019 in a list of potential candidates for the Nobel Peace Prize.

A year earlier, the humanist chef was named “Humanitarian of the Year” by the James Beard Foundation.

While his work to feed the needy has made him popular in the United States, Andrés first came to fame as a chef. Hailing from Spain, he landed in the US in 1991 and became a naturalised citizen in 2013. He has long been a proponent of the tapas concept.

Distinguished as a food icon by the 2019 World’s 50 Best Restaurants ranking, Andrés first established himself as a culinary talent, earning two Michelin stars for his Washington restaurant, Minibar, when the red guide decided to dedicate a list to the American capital in October 2016.

Today, he is at the helm of some 15 culinary concepts, which have spread across the US all the way to Dubai and the Bahamas.

On March 19, at the SXSW festival in Texas, a documentary directed by Ron Howard (of Apollo 13 fame) will present a close-up look at how the World Central Kitchen works and organises its contributors to launch into action as soon as the need to feed a certain population arises.

The world premiere of the film, titled We Feed People, is highly anticipated in the culinary sphere. It is set to hit the Disney+ streaming platform in May.

Beyond humanitarian issues, Andrés has also been politically involved in his adopted country for many years. In 2012, Time magazine named him one of the 100 most influential people in the world – and again in 2018.

The chef has taught at George Washington University, and during the presidential election campaign of Donald Trump and Hillary Clinton, positioned himself as a defender of immigrants. His credo? Gastronomy as a catalyst for the economy.