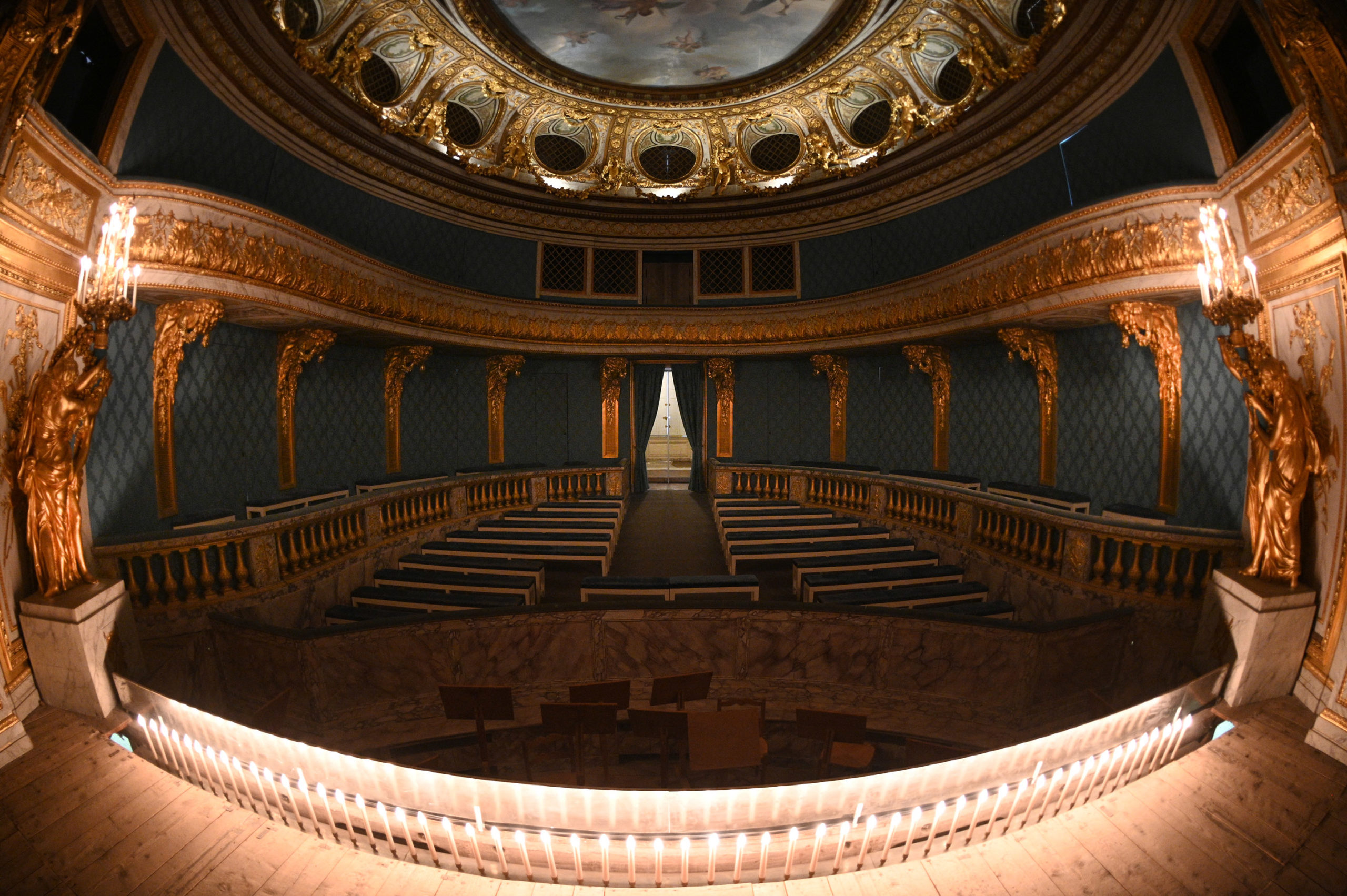 Pandemic or not, it’s a theatre space that very rarely sees an audience: Marie-Antoinette’s personal playhouse in the grounds of Versailles is a fragile historical gem in need of delicate care.

The late 18th century was a time of “theatre-mania” in which many wealthy princes and financiers built their own stages on their estates, said Raphael Masson, lead conservator at Versailles.

The last queen of France before the revolution was a passionate fan of music and theatre, and had hers built deep in the grounds of the chateau where she could escape with her retinue.

It was here, in 1785, that she gave her own last performance on stage, as Rosine in “The Barber of Seville” in front of its author, Beaumarchais.

Today, it is the only 18th century theatre in France to still have its original working machinery — “a miracle of conservation”, said Masson.

It has three sets — a rustic interior, a forest and a temple of Minerva — the latter being the oldest intact decor in the world, dating to 1754: “Our own Mona Lisa,” said Masson.

The sets were highly innovative at the time, riding on rails from both sides of the stage to create moving backdrops — the “special effects of the 18th century,” said Masson. “A testimony to the virtuosity of the 18th century decorators.”

The theatre was deemed worthless at the time of the revolution, and so never sold off. Yet restoring its former glory has been a job of painstaking conservation.

With visitors kept away by the pandemic, the team has been working on a new curtain, stitching the dazzling cobalt-blue linen together by hand using the original techniques.

They are also using the chateau’s original inventory to rebuild other parts that have been lost over the years, including machinery that allows a tree to rise from a trapdoor.

But even when visitors are able to return, the 250-seat theatre will not be giving regular performances.

Despite being brought back to functioning life with a major restoration in 2001, its fragility has meant it only gives concerts once every two years.

That makes those moments particularly special, said Masson: “We are always very moved to hear the notes rise from the pit.”