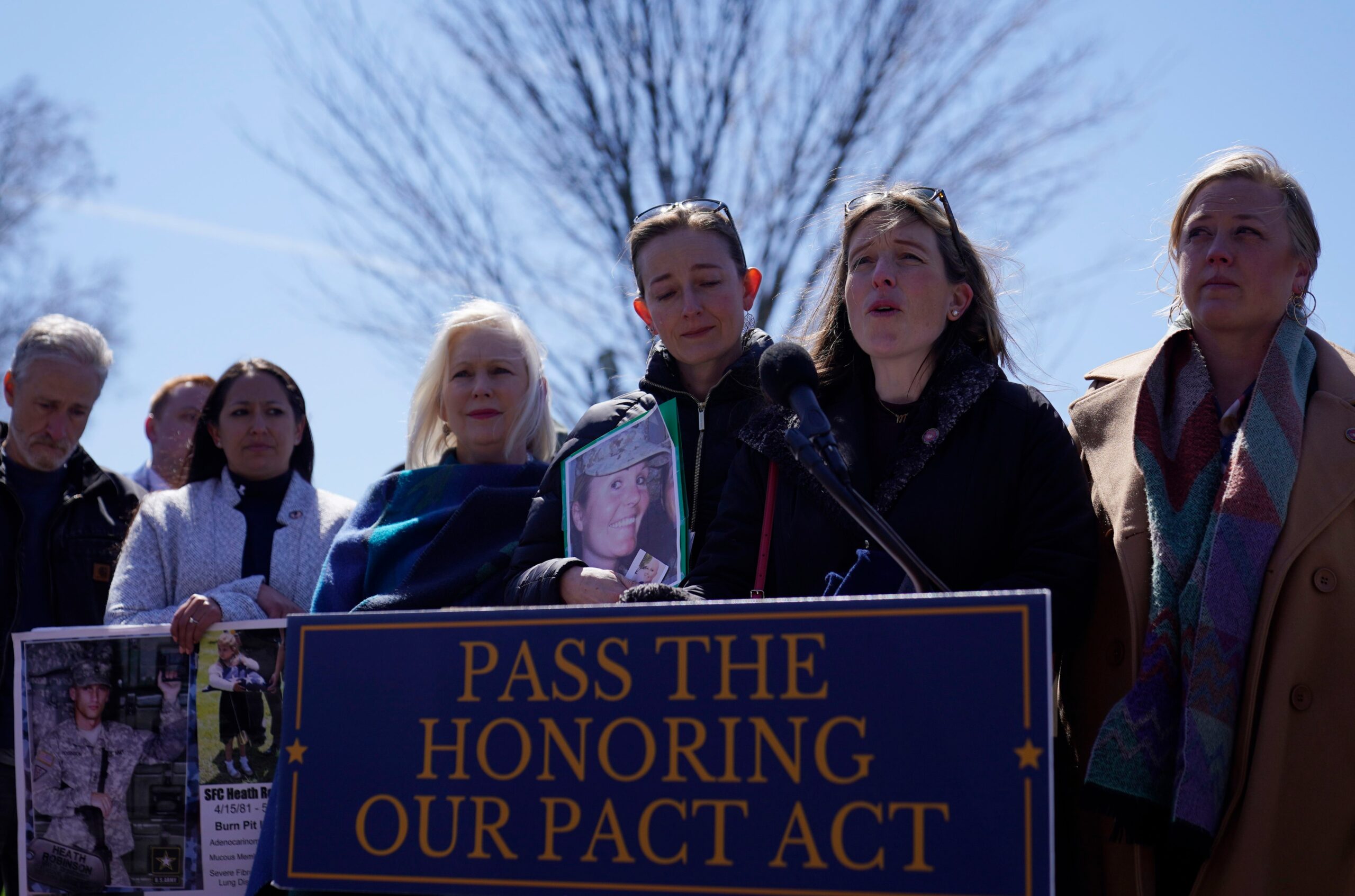 Procedural issues scuttled a planned vote this week to finalize legislation that would dramatically expand benefits for veterans facing toxic exposure injuries from their time in the service, but congressional leaders insist the issues can be resolved and legislation passed in coming weeks.

Leaders in the House and Senate had hoped to send the Promise to Address Comprehensive Toxics Act (or PACT Act) to President Joe Biden’s desk for final signature by the Fourth of July, after the Senate advanced the measure by a bipartisan 84-14 vote one week ago.

The measure would cost almost $280 billion over the next 10 years and provide new medical and disability benefits for as many as one in every five veterans living in America today.

It represents the culmination of years of work from advocates who have argued that current rules block many victims of on-duty toxic exposure injuries — in particular, smoke from burn pits used to dispose of waste in Iraq and Afghanistan — from getting the care they deserve.

The House approved the measure in March. In response to Republican complaints about the cost of the new benefits and potential workload increase the measure would put on the Department of Veterans Affairs workforce, Senate leaders amended the bill to add phased-in implementation rules and more staff to help process claims.

But those changes ran afoul of rules that require new revenue requirements start in the House, not in the Senate. A planned House vote to finalize the measure on Wednesday was postponed, and chamber leaders scrambled to make corrections to the measure before lawmakers began their two-week recess on Friday.

Senate Veterans’ Affairs Committee Chairman Jon Tester, D-Mont., attempted to push through a fix on the Senate floor late Thursday night, but the bid was blocked by Sen. Pat Toomey, R-Pa., one of the 14 senators to oppose the measure last week.

Tester called that a disappointment.

“There is a [technical] issue and we have to fix it,” he said. “But in the process of our debates, we shouldn’t be denying health care to veterans, which is exactly what [Toomey] is doing today.”

Congressional leaders emphasized that the procedural problems are not fatal for the future of the PACT Act, but instead represent a temporary delay.

What are military burn pits? And why are veterans worried about them?

House Veterans’ Affairs Committee Chairman Rep. Mark Takano, D-Calif., said he still intends to get a House vote on the measure “once the Senate resolves this procedural speedbump,” getting the measure into law likely by mid-July.

“House and Senate leadership are not shying away from passing the PACT Act,” he said in a statement. “This comprehensive package addressing toxic exposed veterans has been my number one legislative priority and I will continue to be unrelenting in getting it to President Biden’s desk.”

The House vote may be easier the next time than the previous one. In March, the measure passed largely along party lines as Republicans voiced concerns about perceived shortcomings in the measure. After the Senate revisions, House Veterans’ Affairs Committee ranking member Rep. Mike Bost, R-Ill., said he would support the bill when it comes up for a second time.

Still, the complications sparked frustration and anger among some advocates who have been lobbying for faster action for years.

Unbelievable. This was an easy fix to a bipartisan bill that passed by a huge margin. Derailed by one Senator for no good reason than fuckery. Cynical nonsense that delays healthcare for veterans…no shame. https://t.co/rxpMwAj42a

Comedian Jon Stewart, who has headlined numerous rallies around Capitol Hill over the last year in favor of the PACT Act, took to Twitter on Thursday to call the latest Senate delays “cynical nonsense that delays healthcare for veterans.”

Both chambers return from recess on July 11. Lawmakers will likely need several days after that to work out the procedural fixes and hold relevant floor votes.

Biden has already indicated he will sign the measure into law when it is finalized by Congress.