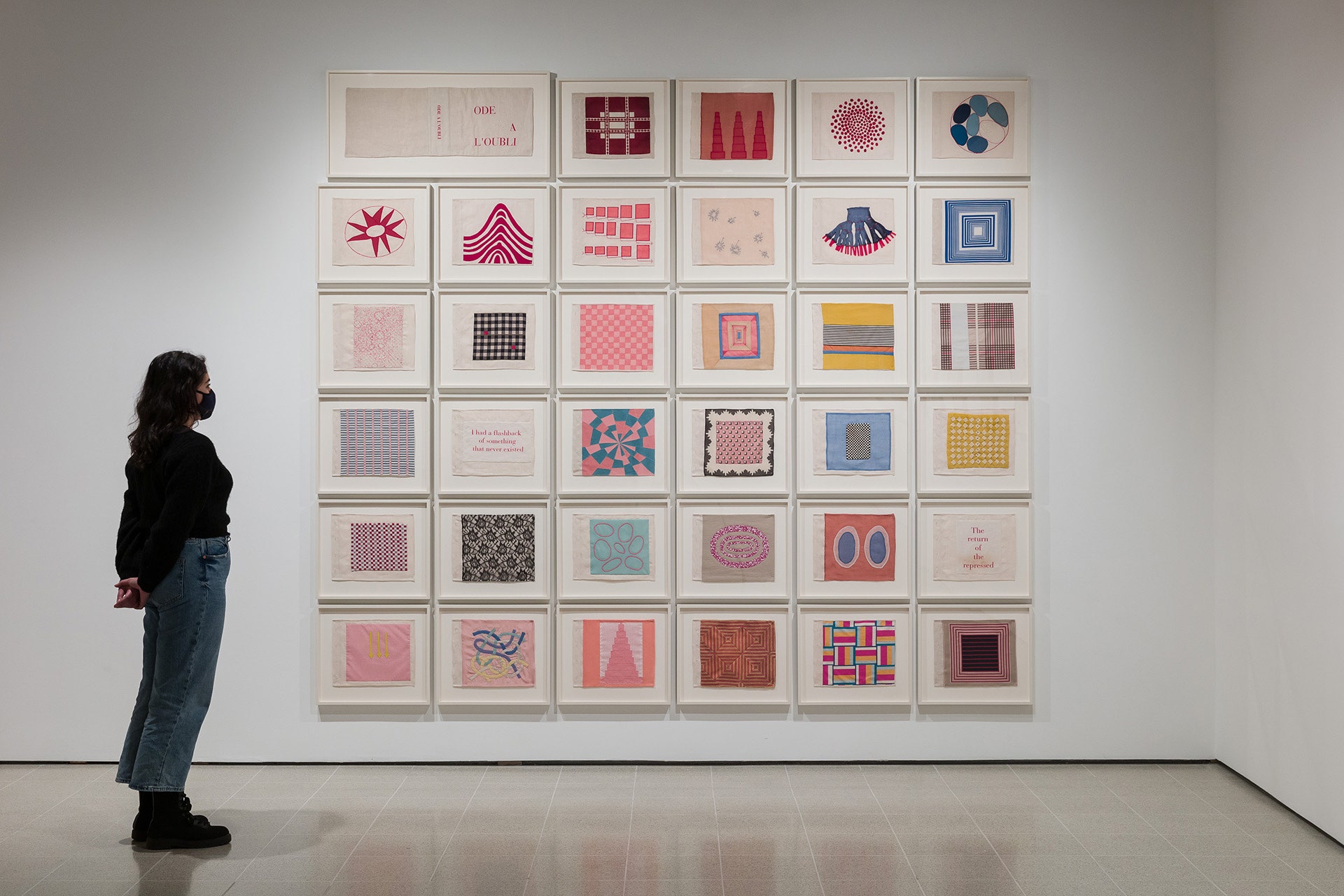 The Woven Child explores Bourgeois’s later works, which incorporated her own clothing and textiles (such as bed linen, handkerchiefs, tapestry and needlepoint) from all stages of her life. The effect provides a moving and profound snapshot of a rich, complex – and notably dark – life. There are contorted bodies with multiple heads, an armless female figure whose breasts are tied to spindles of thread (The Good Mother, 2003) and a headless body with a knife stabbed in the chest. Entitled Knife Figure 2002, this work proved so alarming it made a few children cry.

Perhaps scariest of them all is Spider. Cell 1997, one of Bourgeois’s idiosyncratic bronze spiders, which lurks in a corner at an overwhelming 15ft, straddling a steel mesh-cage of items, including a tapestry-covered chair. It’s as though the spider is a mother protecting its possessions – or offspring, if you like – or perhaps advancing on its prey. It’s claustrophobic and menacing – and feels as though at any moment, the spider may destroy what’s beneath it.