Remember when we all thought that the Dior x Nike collab was the ultimate in luxury fashion? Wait until you’ve seen this Louis Vuitton x Nike rendition.

Louis Vuitton has teamed up with the sportswear giant to offer new takes on the Air Force 1 sneakers.

The shoes are a part of the French luxury brand’s Spring/Summer 2022 menswear collection, which was revealed through a film called “Amen Break”. According to the collection’s notes, the new Air Force 1 designs fuse “the trainer’s classic codes with the insignia and materials of Louis Vuitton in homage to the hip-hop culture that shaped him.”

On the runway, models sported monochrome versions of the sneakers in bright green, yellow, red and blue — all colours that the Air Force 1s have previously been released in. For the collaboration, however, the trainers were marked by the Louis Vuitton monogram across the leather Swoosh logo and uppers, as well as the words “AIR” and “LACET” in Abloh’s signature quotes. The tongue of the sneakers also features a co-branded tag with the Nike and the Louis Vuitton name. 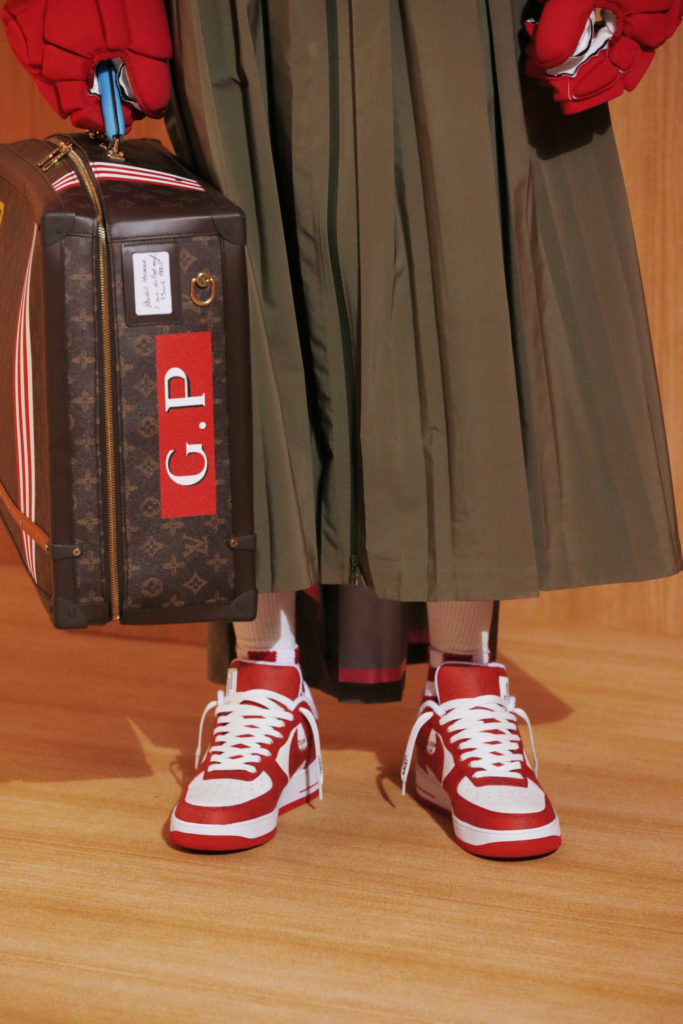 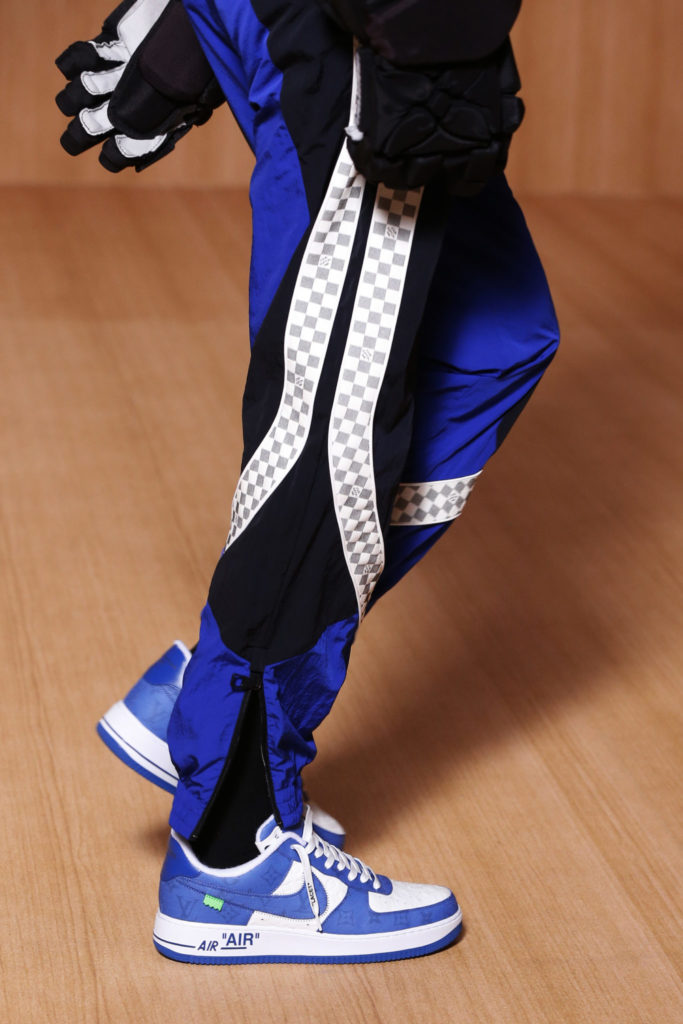 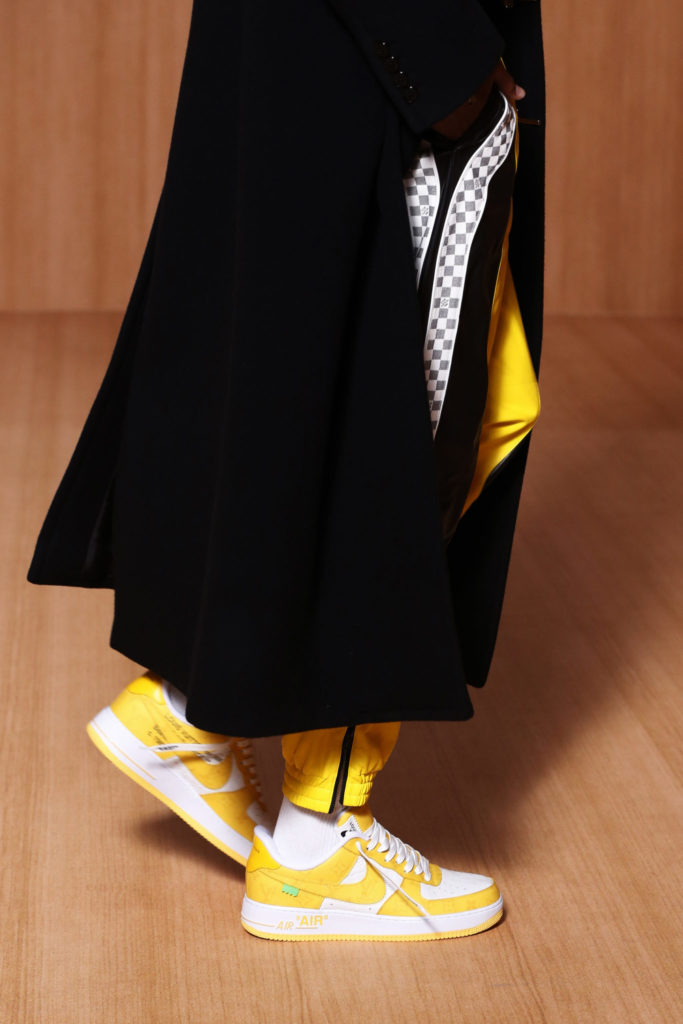 There were more experimental takes on the sneakers elsewhere in the collection. Two multi-coloured pairs came in accents of yellow, green and blue, with toe caps and uppers crafted from a reflective, monogrammed material. The Swoosh logo on the sides are also outlined with contrast zig zag stitching. 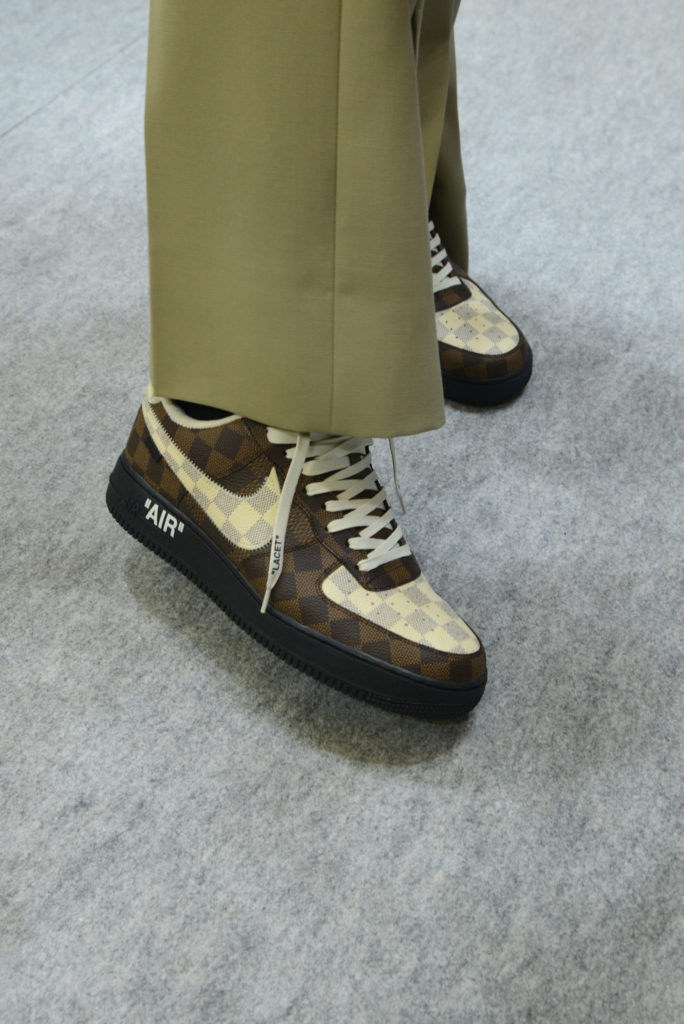 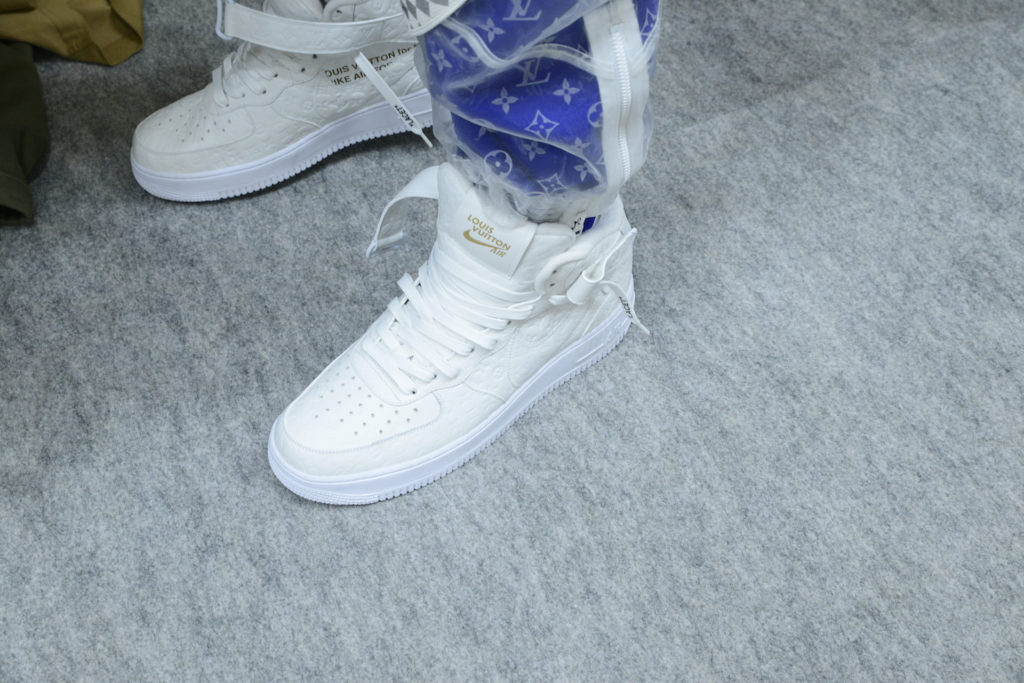 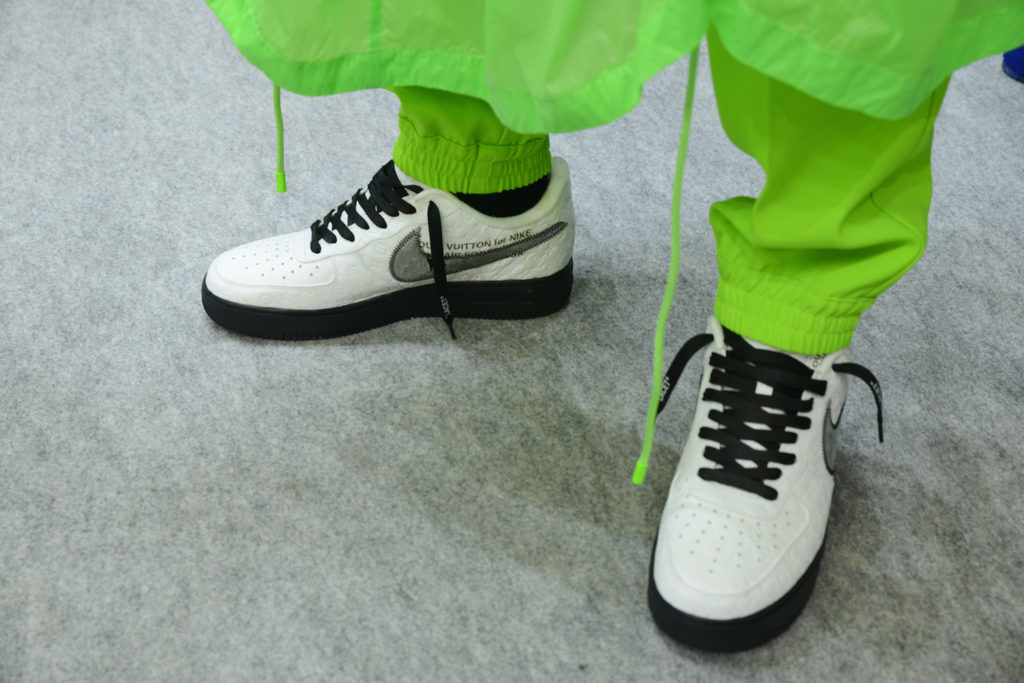 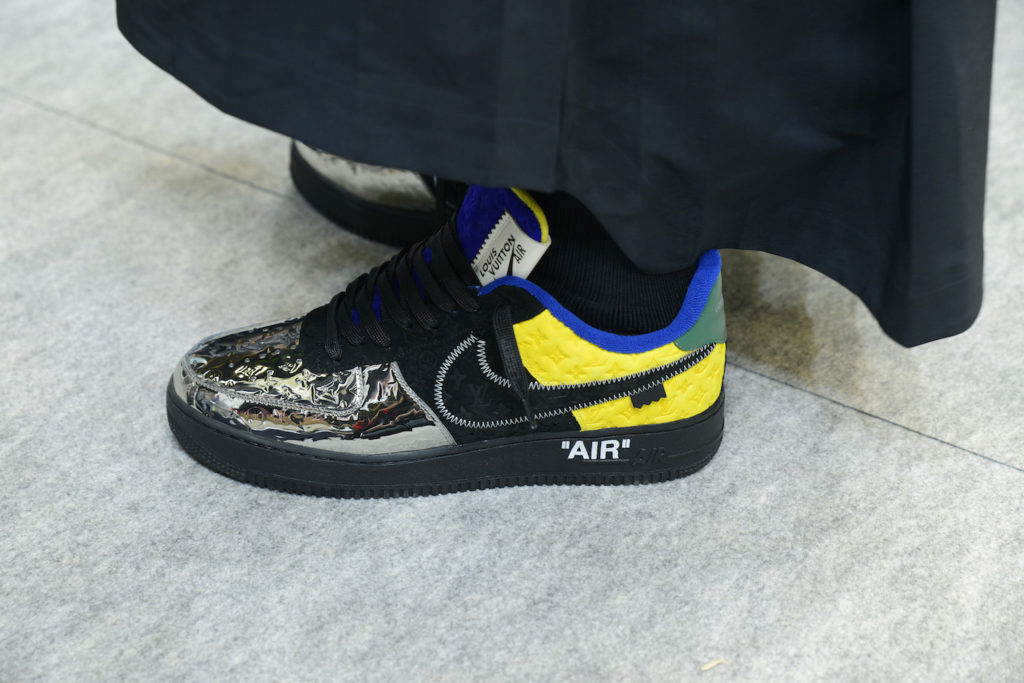 As part of the collaboration, Abloh has also designed a special sneaker trunk to go with the shoes. It comes in bright orange embossed calf leather, with a white Swoosh tag attached to the handle.

This isn’t Abloh’s first time remixing Nike’s beloved sneakers. The Off-White designer first worked with the sportswear giant in 2017, reinventing a series of Nike sneakers for his “The Ten” collection. He has since remained a constant collaborator, creating best-selling sneakers with his design signatures (such as the zip-tie tags and quoted keywords). His most recent project is Nike x Off-White’s “Dear Summer” collection, which introduces the former’s Dunk Low kicks in 50 new colourways.

This is the first time Abloh has teamed up with Nike through Louis Vuitton, for which he was appointed as men’s artistic director in 2018. It also marks the French luxury fashion brand’s latest attempt to appeal to the streetwear crowd, following its sold-out and still very much hyped collaboration with Supreme back in 2017.

Louis Vuitton has yet to share more details on its new range of Air Force 1 sneakers, including prices and release dates, but it will likely be as big a launch as Dior’s collaboration with Nike’s Jordan Brand last year. Be sure to watch this space to stay updated.

Sound therapy 101: a guide on how to get started at home in Bangkok

Where to order keto-friendly food in Bangkok