Louis Erard collaborates with Atelier Oï to release a new regulator watch, the third part of the series of collaborations already co-signed by Alain Silberstein and Vianney Halter. Featuring an intriguing dial reminiscent of the markings found on a sundial. 30 Years in the Making

Breaking new ground, the collaboration goes beyond watchmaking, and embraces the fields of architecture and design. The workshop, based in La Neuveville, a satellite town of Neuchâtel, has been close to the watchmaking industry since its creation precisely thirty years ago and the watchmaking world has played a major part in the development of the company. The relationship between Louis Erard and Atelier Oï goes back to the 1990s. In face, the current Louis Erard manager Manuel Emch began his career with an internship at Atelier Oï and who has collaborated with it ever since. 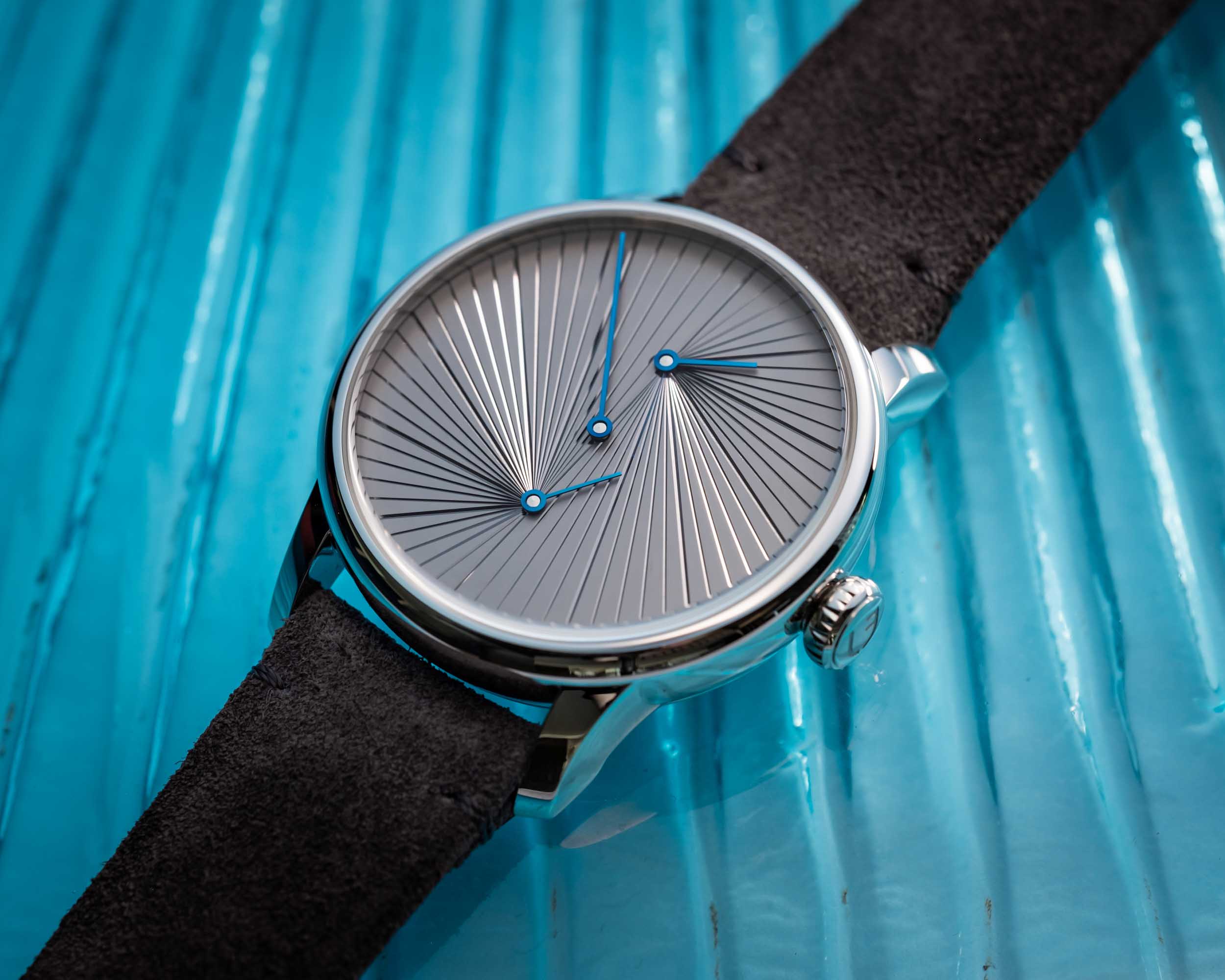 In three decades, Atelier Oï has become a brand in itself, reputed around the world, rewarded with more than thirty distinctions which illustrate its uniqueness. Moreover, the name, oï, is borrowed from the Russian Troika, a word that symbolises the energy generated by a trio, in this case, Aurel Aebi, Armand Louis and Patrick Reymond, the three co-founders. 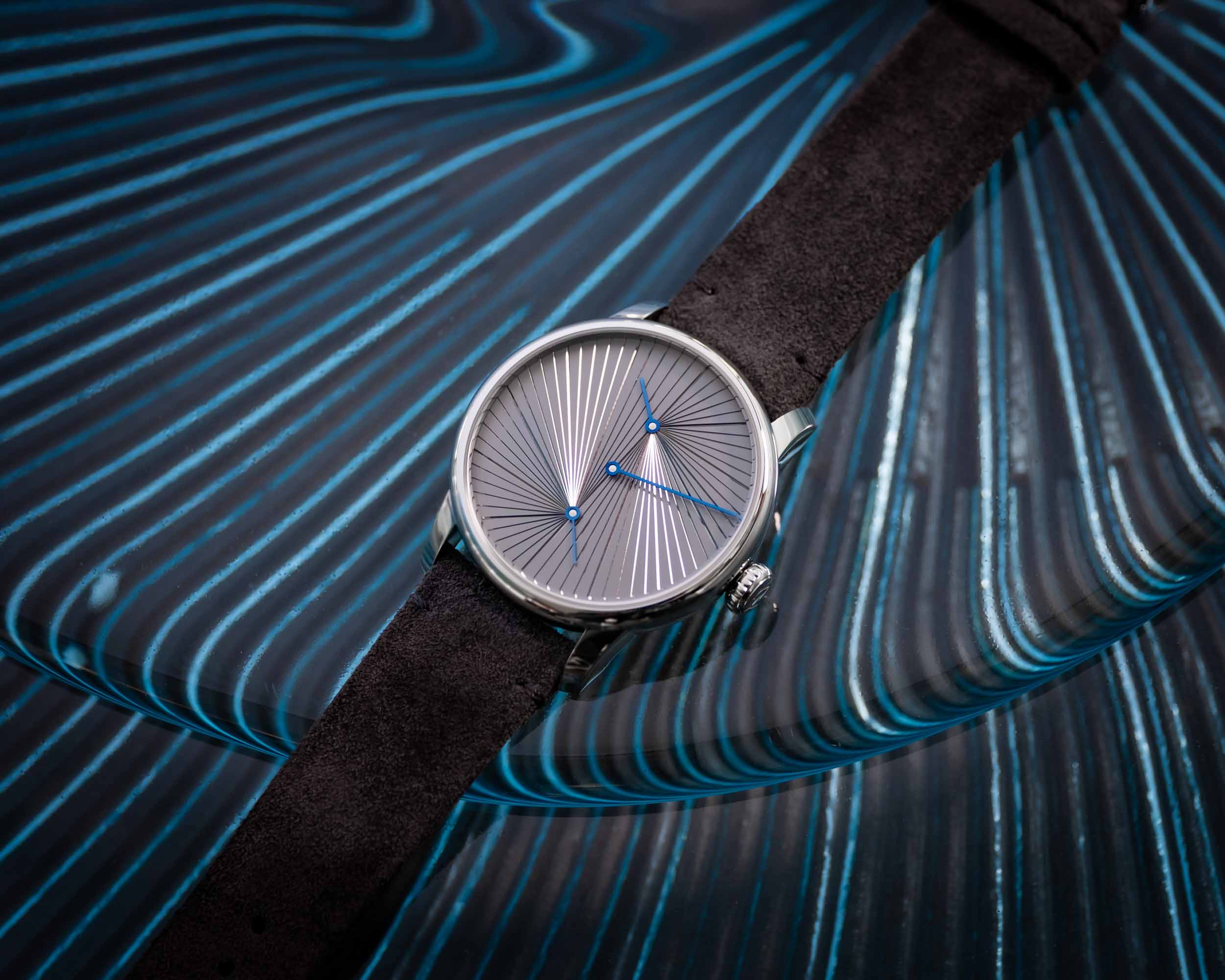 Inspired by a Sundial

In designing the watch the goal for Atelier Oï was to reduce the technical vocabulary as much as possible, and create a dial reminiscent of a sundial. The result is a surface engraved with asymmetrical rays, the light of which reveals reflections and contrasts – echoing the passion of the members of Atelier Oï for the material and the play of light. The art of engraving being expressed here in its essence: drawn lines. These lines create a space, to which the hands add the dimension of time. The hands of the Regulator become centres from which the rays emerge, generating visual kinetics that each movement of the wrist animates, giving the two-dimensional dial the depth of a radiant architecture.

The Louis Erard Atelier Oï Regulator is a limited edition of 178 pieces — symbol number which means that together we are always stronger. Watches of Switzerland exclusively represents Louis Erard in Singapore. Pop by to discover the brand for yourself.