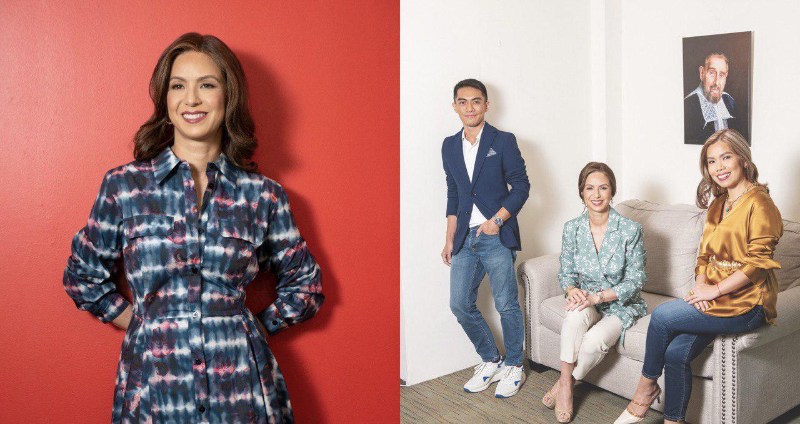 The former investment banker initiated the country’s first Kabbalah Center and is changing the world through passion and purpose.

“What is my purpose?” “Why is my soul here?” or “How do I make an impact in the world?” are some of the questions the centuries-old wisdom Kabbalah is said to answer. Although you may find answers from life’s natural peaks and troughs, Kabbalah offers people tools and a community to fuel physical, emotional, and spiritual well-being while settling all the “why’s” in life.

But discovery only begins once we know what we’re looking for. For Sarah Weston, all these questions arose from wanting to change the world.

READ ALSO: Begin Again: Tessa Prieto-Valdes Went On A Year-Long Healing Journey After A Chapter In Her Life Closed

She finished a Political Science degree at Massachusetts Williams College, wanting to better people’s lives. After graduating, Weston’s dream lived on from Wall Street, with a career in investment banking.

“I loved the experience, the adventure, and the adrenalin. [I] thought I was changing the world,” she tells Lifestyle Asia. “[But I] realized it was a game where anyone who won usually made someone else lose. I wanted a game where I could change the world with a win-win.”

And she did. In 2004, Weston left the high-stakes world of finance and pursued the study of Kabbalah. Here, the mother of three found her passion and higher purpose. Looking back, Weston realizes why she thought politics or finance might have been the right path.

“Growing up, I felt a responsibility for the position afforded to us. Educating myself in political science taught me theories of leadership I rarely saw embodied by actual leaders,” she says. “I sought a leadership path that exemplified personal responsibility, community consciousness, and global leadership, which I found in Kabbalah.”

Formerly named Nikki Lopez, Weston changed her name to connect with the energy of Sarah the Matriarch and the biblical figure’s spiritual enlightenment. (Weston is from her husband, Marcus Weston, who she met in a Kabbalah Center and is also a teacher.)

Coming from a family of politicians and successful business people who own ABS-CBN and Rockwell Land Corporation, Weston has always been inspired to service her fellow Filipinos.

When she began learning about consciousness and spiritual matters at the New York Kabbalah Center, she dreamt of bringing wisdom to the Philippines. In 2006, they held their first lecture in Manila. Now, the country has its first and only Kabbalah Center at Makati’s Rockwell.

Weston says she doesn’t feel enticed when asked if she’d ever return to her initial career or join her family’s holdings corporation.

“Life is not easy, and acquiring and retaining success is very difficult for most,” she states. “My family has been through countless challenges politically, economically, and socially and has had to rebuild from scratch more than once. However, I find such depth, personal meaning, and fulfillment from my role I don’t feel tempted to go back.”

Through her Instagram page, @iamsarahweston, she uplifts people by sharing wisdom, practical advice, hosting meditations, and tips on how to manifest goals.

Weston says that one must gain perseverance and learn to adapt to succeed in the latter. “Laziness quickly turns dreams into fantasies. But investing consistent hard work and the ability to introspect, review, and adapt sets most down the right path toward manifestation,” the Kabbalah teacher of 18 years advises.

Now based in London, Weston has taught globally, including at parts of America, the UK, and Asia, in Hong Kong, Singapore, Korea, and Japan.

After discovering her life’s purpose of spirituality, Weston is changing the world, by sharing wisdom with souls searching for answers, just as she was.

This story first came out in the August 2022 issue of Lifestyle Asia.