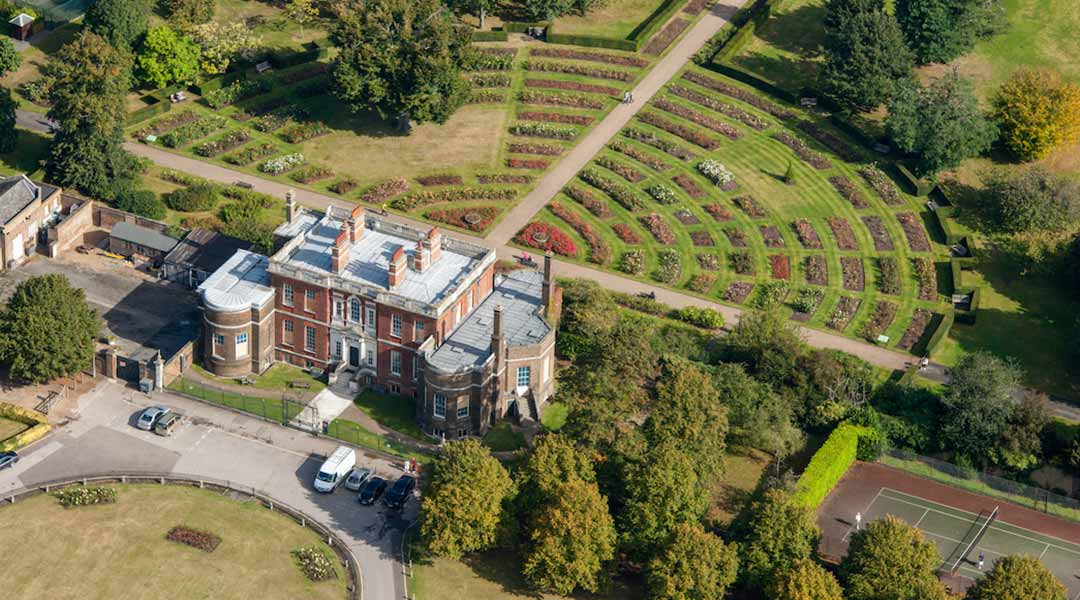 Want to Keep Up with the Bridgertons? Unfortunately, you can’t. But you can visit the homes on the hit Netflix series.

The titular family of the show, the Bridgerton’s, live in Aubrey Hall, which is said to be on Grosvenor Square. Grosvenor Square takes its name from the Grosvenors, the family behind the Westminster peerage (the Duke of Westminster). The Square is located in the Mayfair district of London.

In real life, the house is known as Ranger’s House, Greenwich, southeast London. This Georgian villa has been the home of two members of the Royal Family: the first (and actual resident during the period of Bridgerton) was King George III’s sister, Princess Augusta, Duchess of Brunswick, followed by his niece Princess Matilda Sophia of Gloucester. According to the English Website, unlike the Bridgertons, this house was never actually lived in by an actual family.

READ MORE: A Closer Look at the Bridgerton Costumes

In the 20th century, the house moved to the ownership of the London County Council, and during the two World Wars was used by the state as an army reserve building (in World War II, the stable block was damaged by bombing and later demolished).

The house was then acquired by English Heritage in 1986 and is now open to the public. You can visit and see diamond magnate Julius Wenher’s art collection. Most of the period fixtures from Princess Augusta’s time are still there.

Season 2 sees a burgeoning romance between Anthony Bridgerton and Kate Sharma. The Sharmas live in what in real life is the Old Royal Naval College.

You will have seen this location in many military/action-Esque movies (such as Thor: The Dark World) and other TV shows (The Crown, season 3 featuring Charles Dance as Lord Mountbatten, menacingly walking around and making plans to ruin Charles’ romantic life) but its location in Bridgerton makes it the first time the building and the grounds have been used as a residential home.

The college is the latest iteration of various historical buildings. In 1443, it was known as Bella Court, built by Humphrey, Duke of Gloucester. He fell out of favor with Henry VI, and the house was renamed the Palace of Placentia by Margaret of Anjou.

Henry VII then rebuilt it as Greenwich Palace, and it became the birthplace of three Tudor monarchs: Henry VIII, Mary I, and Elizabeth I.

The College is a UNESCO World Heritage Site for its “outstanding universal value” (designated in 1995).

The Featherington’s live in another Grosvenor Square house, but in real life, the outside location of their mansion is the iconic Royal Crescent in Bath. This landmark is considered one of the most beautiful examples of Georgian architecture in the UK, with its sweeping crescent of 30 Grade 1-listed terrace houses.

Architect John Wood the Younger designed the Crescent, which was built in 1767 and 1774. The Georgian stone facades retain most of their original features. Many notable residents have lived in separate houses over the years. Today the houses are still residential. Tourist buses are no longer allowed to drive through the crescent due to their disruptive nature.