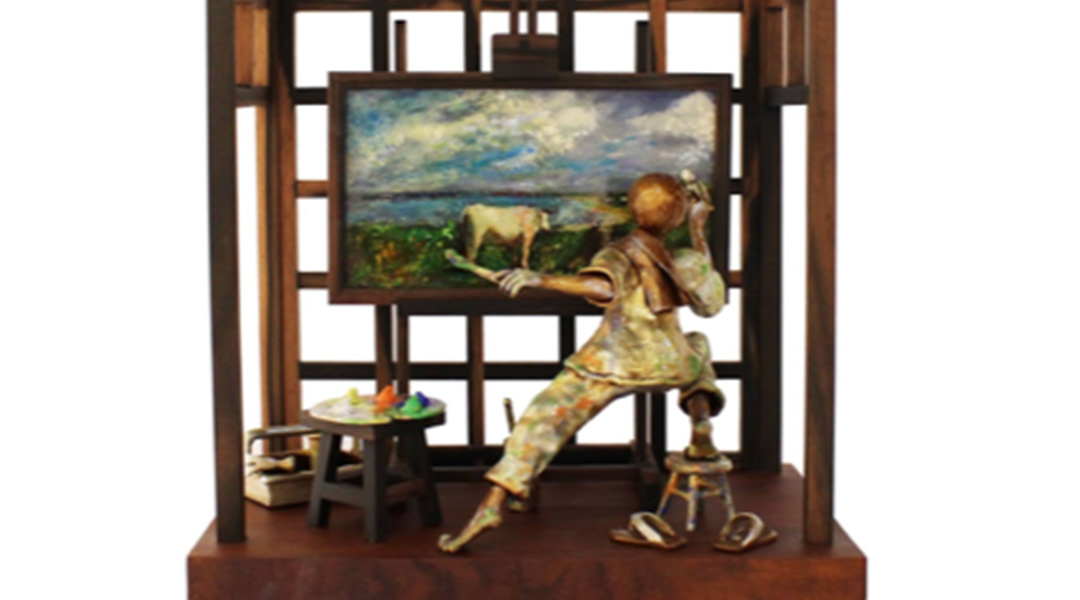 At the spotlight is a 6 feet x 8 feet piece that weighs almost a ton.

In his latest exhibit, Michael Cacnio joins the likes of Goya and Picasso in immortalizing the bull as a symbol of man’s progress.

In “Guernica,” one of Picasso’s most distinguished works, the bull represents strength and authority. Similarly, Cacnio’s collection of sculptures in his show Taurus are meant to empower.

The works presented in this exhibition aims to be an encouragement that we should charge unrelentingly toward hope, and it does so by telling a story and creating a metaphor, that is the bull.

Cacnio creates installations and mixed media artworks. He says he tries to increase the dynamic between audience and artist by creating a physical representation of memories and emotions. The artist is most recognized for his idyllic and archetypal renditions of daily Filipino life such as in his Kite-flier Series and Balloon Series.

This exhibit presents itself as a significant deviation from the artist’s established tendencies. Among the major works to be shown in this exhibition is a 6’ x 8’ larger than life sculpture of a bull that weighs in at almost one ton.

As it happens, this exhibit also coincides with Cacnio’s 53rd birthday, which will be celebrated during the artist’s reception on May 25.

Taurus by Michael Cacnio runs until May 28 at Molito Lifestyle Centre, Ayala Alabang. For more information, please call at +63 935 5511305, or email [email protected]