We’ve always thought about anti-ageing skincare as the ultimate race against time.

But what if — as La Prairie so succinctly put it — “the quest to recapture time was not only about adding years to life, but adding life to years?” 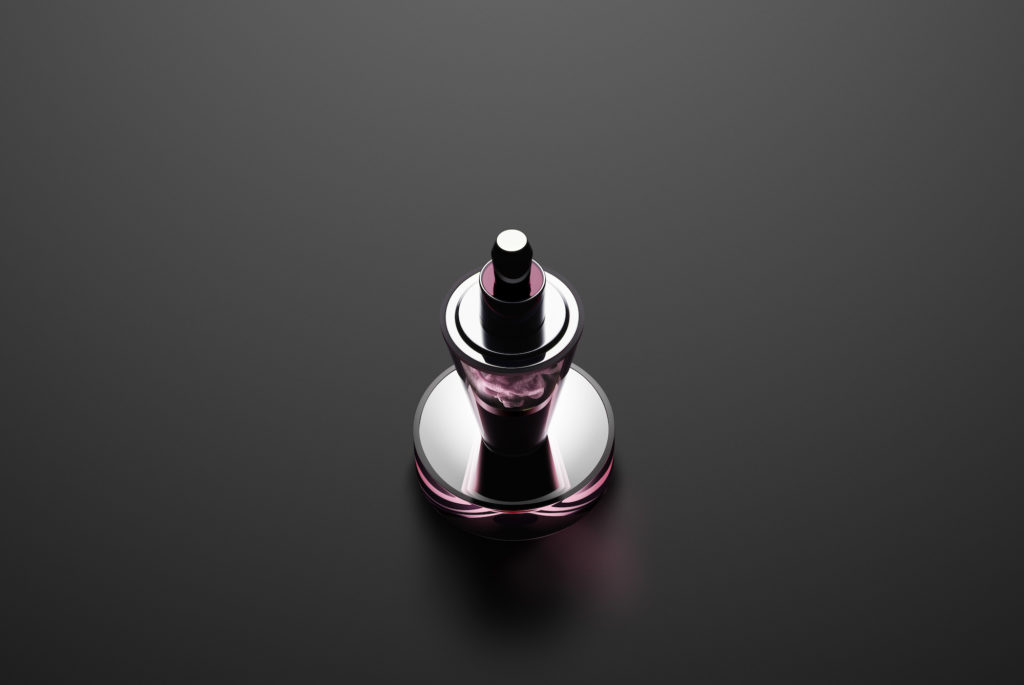 It was this theory that led the Swiss luxury beauty brand to discover the science of skin rejuvenation. In its wake is the Platinum Rare Haute-Rejuvenation Protocol intensive treatment, which was created to literally awaken the skin from within to help skin cells resume their full potential. The goal is that it’ll eventually create a virtuous loop of rejuvenation across skin layers to fight all signs of aging.

But you can’t teach an old dog new tricks, you say. La Prairie, however, begs to differ. You see, the skin has an inherent ability to regenerate itself, but the number of signalling molecules of this rejuvenation process decreases with age. Essential cells produce less new skin cells and normal cells synthesise less of the components of the extracellular matrix (essentially the structural architecture in the skin’s layers that account for its firmness, elasticity, and volume). The result is a loss of skin tissue, which is a nicer way of saying that your skin will sag, wrinkle, or even appear thinner. 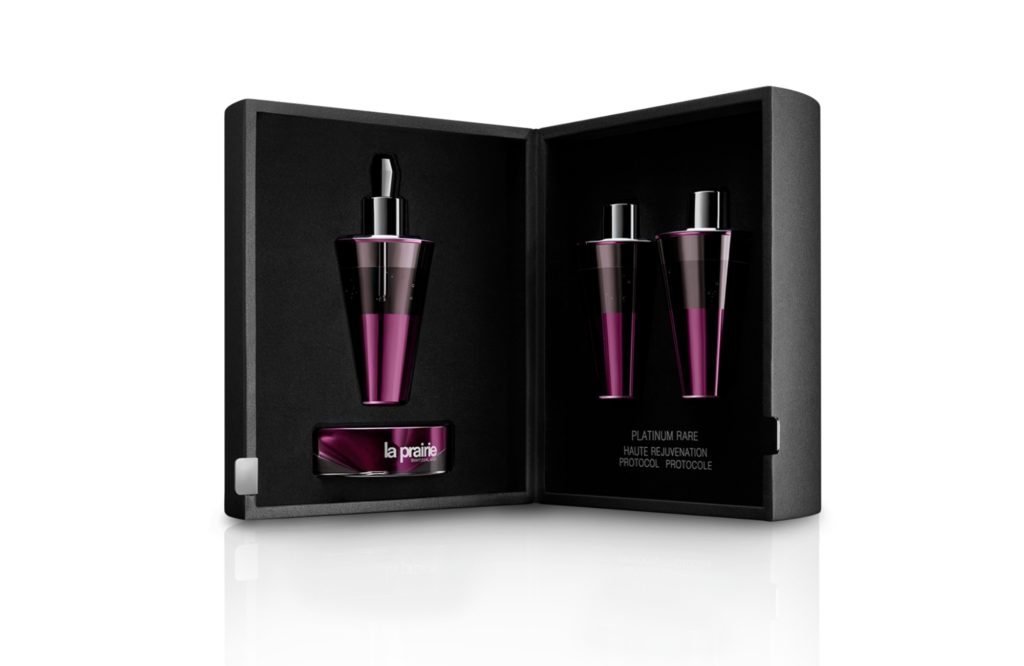 Instead of merely plumping up the fine lines on the upper layers of the skin, the serum works by temporarily softening the skin barrier to actually allow its active ingredients to sink into the skin. These actives — which include a blend of signalling molecules that work as growth factors, patent-pending Platinum Multi-Peptide, and Exclusive Cellular Complex — then work on renewing and regenerating skin cells, creating new skin tissue in the long run.

Sold as a set of three amethyst vials, the month-long intensive experience begins when you set one into the Platinum Catalyst activator base provided. Each ten-day vial is crafted with two chambers combining separate formulas that magically fuse with a satisfying click when twisted on the activator base, a dramatic process that guarantees the product’s maximum freshness. 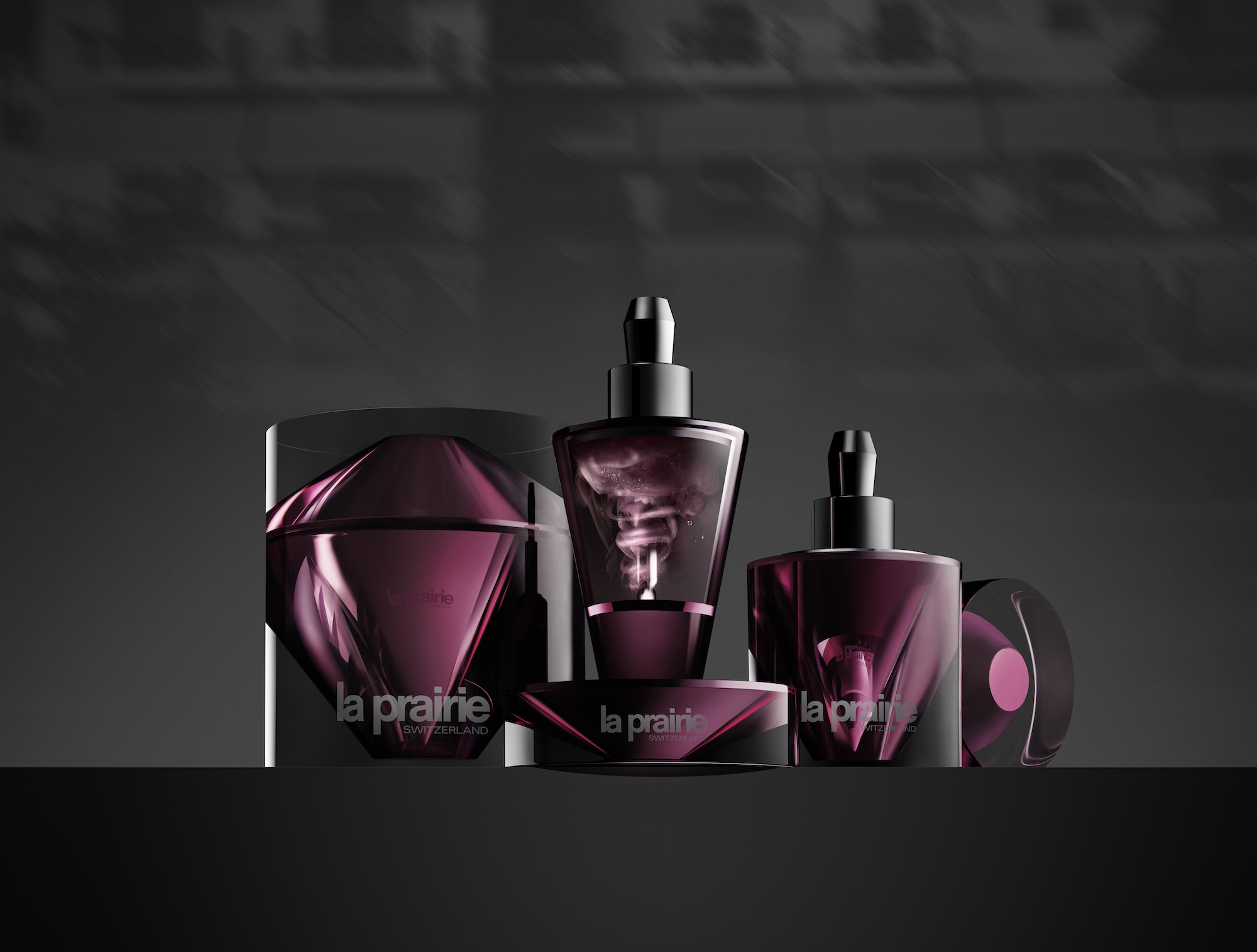 Its application is just as luxurious; the opalescent formula sinks into the skin immediately without leaving any greasiness or stickiness, and sets the tone for the rest of La Prairie’s Platinum Rare Haute-Rejuvenation ritual. Because it’s so intensive, La Prairie also recommends you only use the treatment intermittently four times a year (which means a two-month rest in between) to allow the skin enough time to rebalance itself.

Sure, the La Prairie Platinum Rare Haute Rejuvenation Protocol is extremely pricey at S$2,960, but we dare say it’s a much better alternative to face lifts, botox, and any other last ditch attempts to hold on to that last bit of your skin’s youth. Besides, there are few things as rewarding at the end of the day as knowing that the future of your skin is in very good hands.

Available at all La Prairie counters at Tangs at Tang plaza, Takashimaya, Metro Paragon and One Assembly.