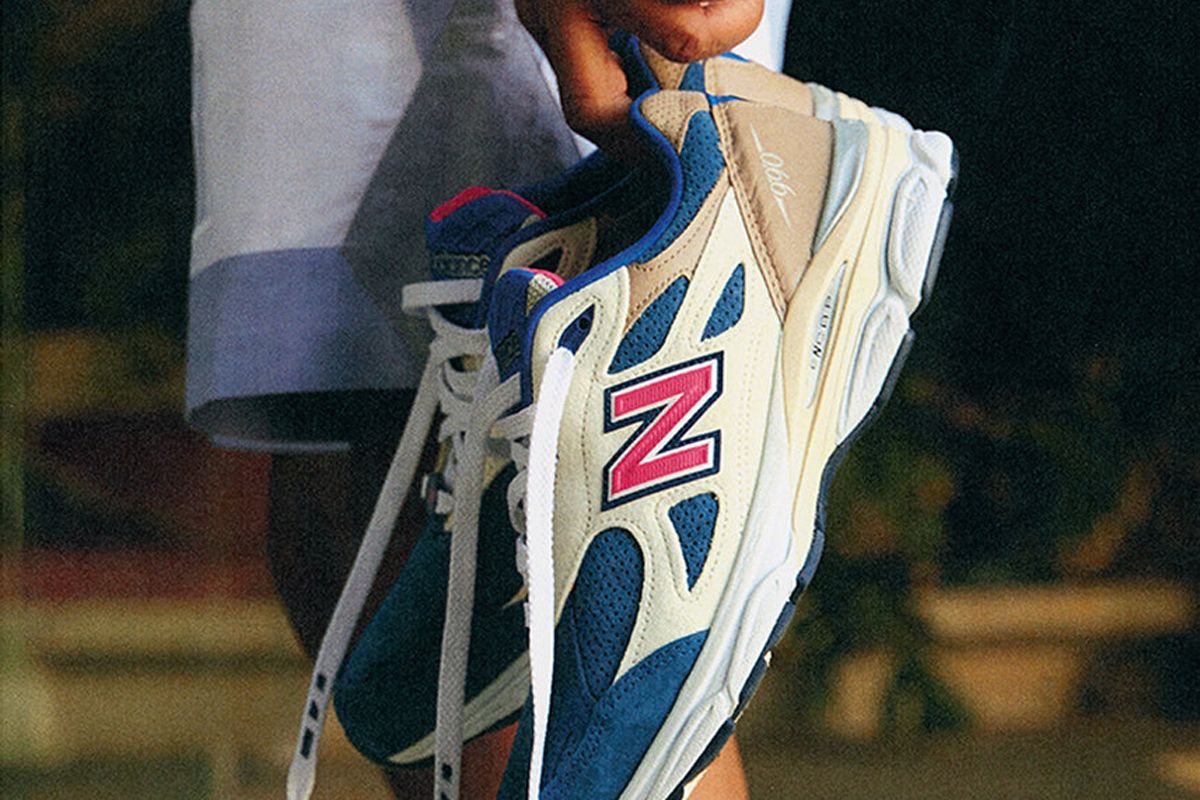 While model Lono Brazil and actor Giancarlo Esposito effortlessly carried the Summer ’22 collection, the New York-based brand also snuck in shots of its upcoming New Balance sneaker collabs in the lookbook, including the 990v1, 990v2, 9990v3, and 990v4 models.

Meanwhile, the 990v4 basically brings back a remake of a classic colorway, channeling the hues of the 2018 KITH x UNITED ARROWS & SONS x New Balance 997 — aka an homage to the iconic 2009 United Arrows x New Balance 997.5 sneakers (a shoe that went triple platinum in Ye‘s pre-YEEZY daily rotation).

Then, where have I seen the KITH x New Balance 990v3‘s navy blue, light grey, and beige (can’t forget the pops of pink) before? Oh yeah, the exact colorway appeared on the brand’s 2013 New Balance 1600 “Daytona” sneaker, inspired by Fieg’s escapes to Daytona Beach.

Though it doesn’t reference a past colorway, per se, the “Dusty Rose” 990v1s indeed possess a sense of familiarity through its pastel hue.

It’s no secret that KITH enjoys the faded pink shade of its muted color story, incorporating the delicate pigment in its 2020 “Dusty Rose” 990v2 and RC_1300 collabs.

Forget waiting till the next milestone anniversary. Fieg’s celebrating KITH’s history as we speak, referencing defying colorways that distinguished KITH as a brand and played a vital role in one of its most game-changing friendships with New Balance.

As of now, there’s no release date for any of these upcoming KITH x New Balance kicks, but with campaign appearances like this, I suspect we’ll be getting them very soon.