With so many international schools opening in Bangkok, it’s not easy deciding on the right school for your children. King’s College International School Bangkok (King’s Bangkok) might be an excellent choice. There are many things to consider: the curriculum itself, the co-curricular and extracurricular activities the school offers, the school’s values, the location — which in turn affects the facilities the school can offer — all of these come into play. After all, school plays a significant role in shaping who your children grow up to be.

With 98.7% of students achieving A*/A/9/8/7 at (I)GCSE and 99% of students achieving A*/A/B at A-level in 2020, King’s College School, Wimbledon (King’s Wimbledon) is said to be one of the most successful schools in the world. With such an academic record, the claim that 25% of the student body is accepted into Oxford or Cambridge, and more than 90% getting into their first-choice university each year is not far-fetched. 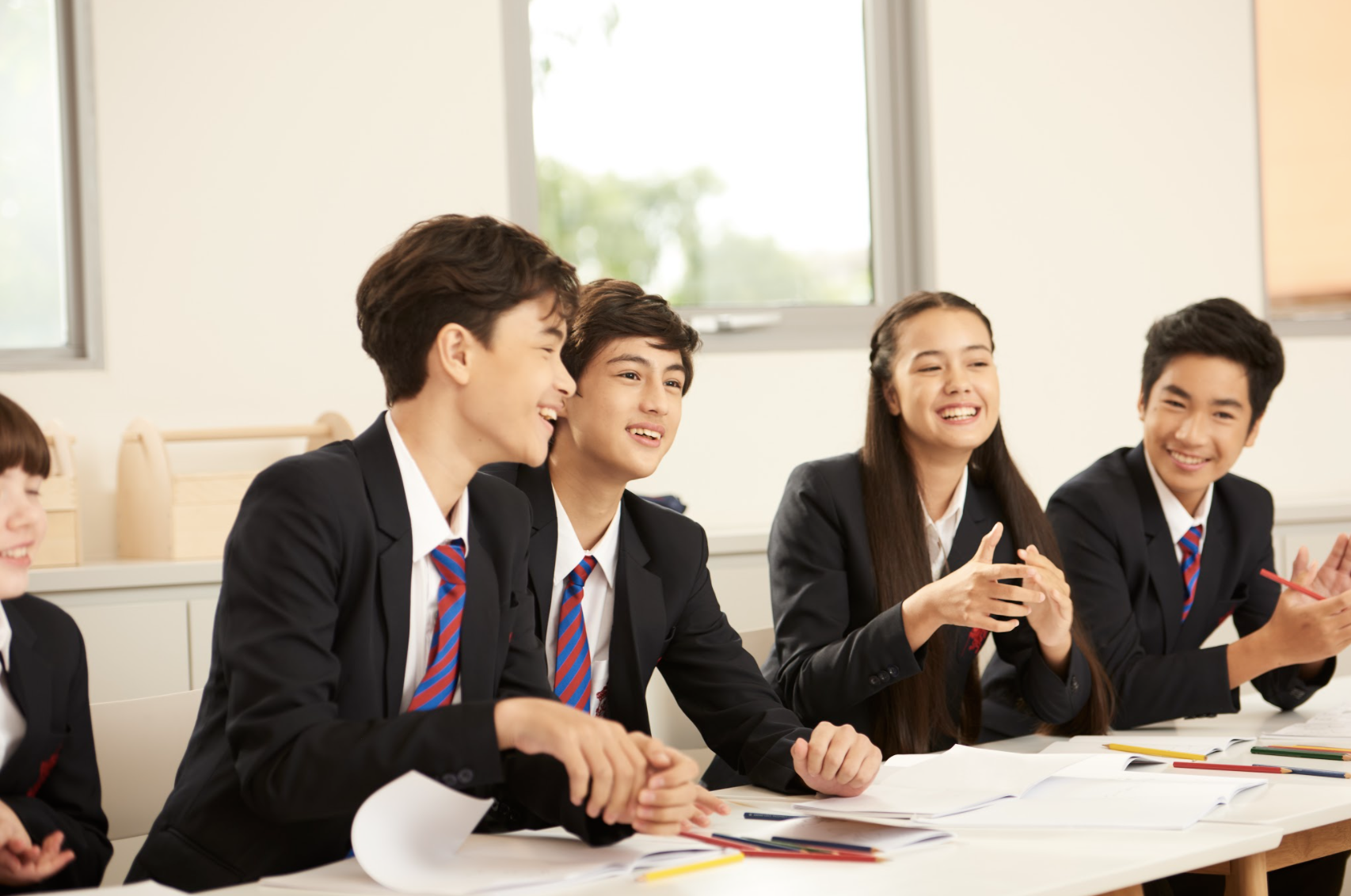 For this reason, parents looking at King’s Bangkok academic excellence can feel assured, as the school’s curriculum has been thoroughly provided and approved by its British parent school, King’s Wimbledon. The students of King’s Bangkok will also have opportunities for student exchanges and sharing university preparations with its UK counterpart. Not just academics, but the co-curricular programme and pastoral care system of King’s Wimbledon have also been adopted here at King’s Bangkok to nurture the character development and well-being of the students. Aside from 4 state-of-the-art science labs and fully-equipped classrooms, other facilities within 42,000 square metres of the school premise include an auditorium with 625 seats and a 66 sqm LED screen designed for music and drama productions, along with 17 music rooms and 3 art rooms. 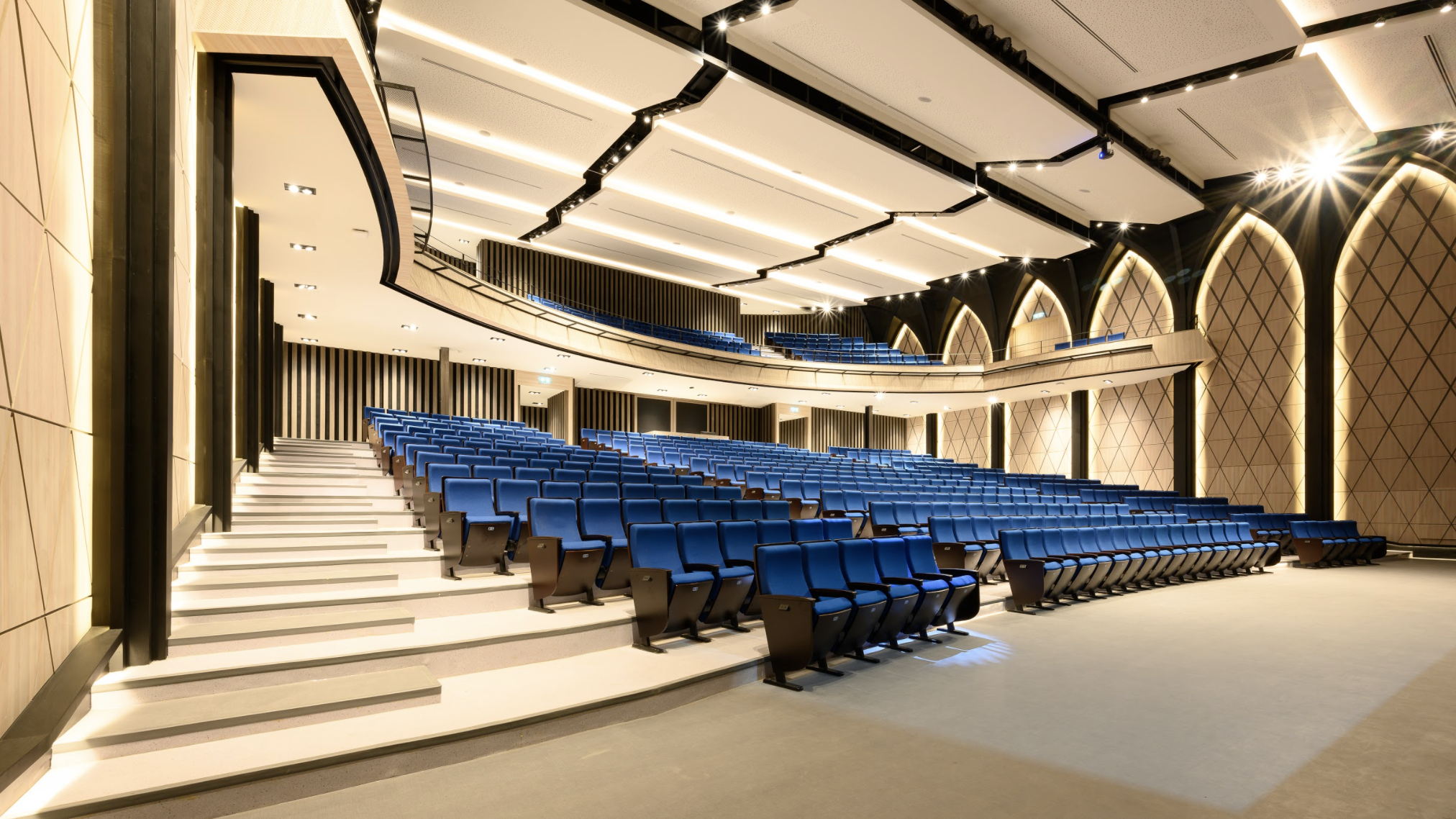 Naturally, there must be room for sports. Students can enjoy the full-sized football pitch with FIFA-Preferred Provider Football Turf, along with a sheltered saltwater, Olympic-size swimming pool (50 metres). Not to mention the air-conditioned sports hall with three full-size basketball courts and an indoor jogging track. The school most uniquely offers a 7-metre climbing wall, two outdoor tennis courts, and two shaded multipurpose sport courts.

All these facilities, together with the curriculum, are designed for children in the 21st century, where knowledge alone may not be enough, and where children need to master the necessary skills and develop their great hearts, both of which will never be replaced by AI.

The parents at King’s Bangkok have welcomed and continue to value this style of education. According to a parent survey, 99.4% rated the teaching and learning quality as good or excellent, 100% agreed that their children are happy at school, and 100% stated that they are happy with the well-rounded development of their children.

Conveniently located in the Ratchada-Rama 3 area, King’s Bangkok is easily accessible from the financial district (5km) and the city centre (7km). The school offers a British curriculum with IGCSE and A-level programmes for Senior School. Offering class for children from age 2 to 18, King’s Bangkok has welcomed over 360 students from Pre-nursery to Year 6 in their opening year, and come this August, the gates will be open for students Years 7 – 10. Years 11 – 13 will open in the subsequent academic years.