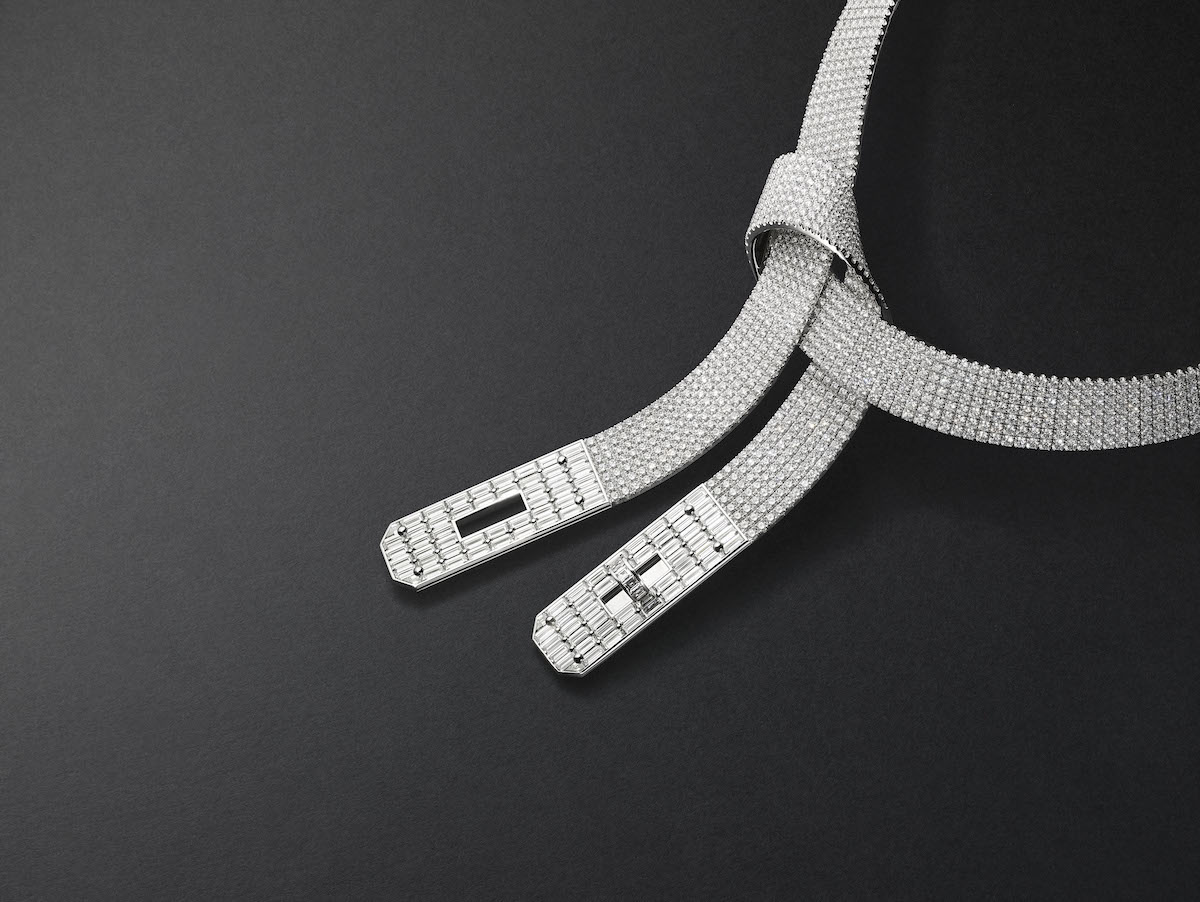 Created by former head of Hermès Robert Dumas in the 1930s, the Kelly was an outlier among women’s purses at the time, which were small and flat.

Spacious and structured, the leather carryall formerly known as the Sac à dépêches features a trapezoid shape with two triangular gussets, a cutout flap, a handle and two side straps. Its bold, modern aesthetic caught the fancy of Academy Awards-winning costume designer Edith Head, who brought the maison’s accessories to the silver screen in Alfred Hitchcock’s To Catch a Thief, starring Grace Kelly. Later, the Hollywood actress-turned-princess of Monaco was photographed using the handbag to conceal early signs of her pregnancy from the paparazzi. The Hermès shield instantly became known as the Kelly bag, but it was only in 1977 that it was officially renamed.

Since its famous celebrity endorsement, the Kelly has seen countless iterations. There was a picnic bag made with wicker and leather, one with zipped compartments, and another fun series with a face and limbs called the Kellydole. There are also wallets, belts, shoes, watch straps and other trinkets that highlight the hallmark elements of the Kelly’s trapezoidal architecture, side straps, clasp, padlock and key holder.

With Kellymorphose, Hermès’ new jewellery collection, the Kelly is playfully deconstructed and reappropriated in the realm of the precious. “The Kelly bag elevates its functional components: the side straps, and an elemental clasp consisting of a turnlock, a plate and four studs,” creative director Pierre Hardy elaborates. “I do the same with Kelly jewellery, by reinterpreting or disrupting original lines.”

A bold tribute of a style icon in jewellery, the Kellymorphose collection consists of seven themes. Alphakelly and the Kelly Clochette spotlights the key and padlock, while Kelly Baguettes and Kelly Gavroche reimagine the handbag’s turnlock clasp and strap as rings, earrings, necklaces and bracelets. Chains set the tone for Kelly Chaîne and Kelly Gourmette, with pieces that can be worn multiple ways: twirled once or twice round or cascading down the front or back. Finally, for Kelly devotees, Précieux is a Lewis Caroll-esque play on proportions as the Kelly, miniaturised, becomes enchanting pendants.

“I like movement,” says Hardy of the versatility and ironic duality of Kellymorphose, “A chain that winds around itself, a ring that splits into two, a key-chain that swings as you walk—I like capturing mobility without ever fixing it in place. I like the momentum of the body, which echoes creative momentum.”

Assertive yet playful, standouts include the white gold Kelly Gavroche necklace that gives an illusion of a loosely tied side strap encrusted with 1,771 diamonds (main image), the Kelly Baguettes five-row rose gold bracelet with 465 black spinels, and the Kelly Clochette necklace in rose gold featuring a key and padlock. 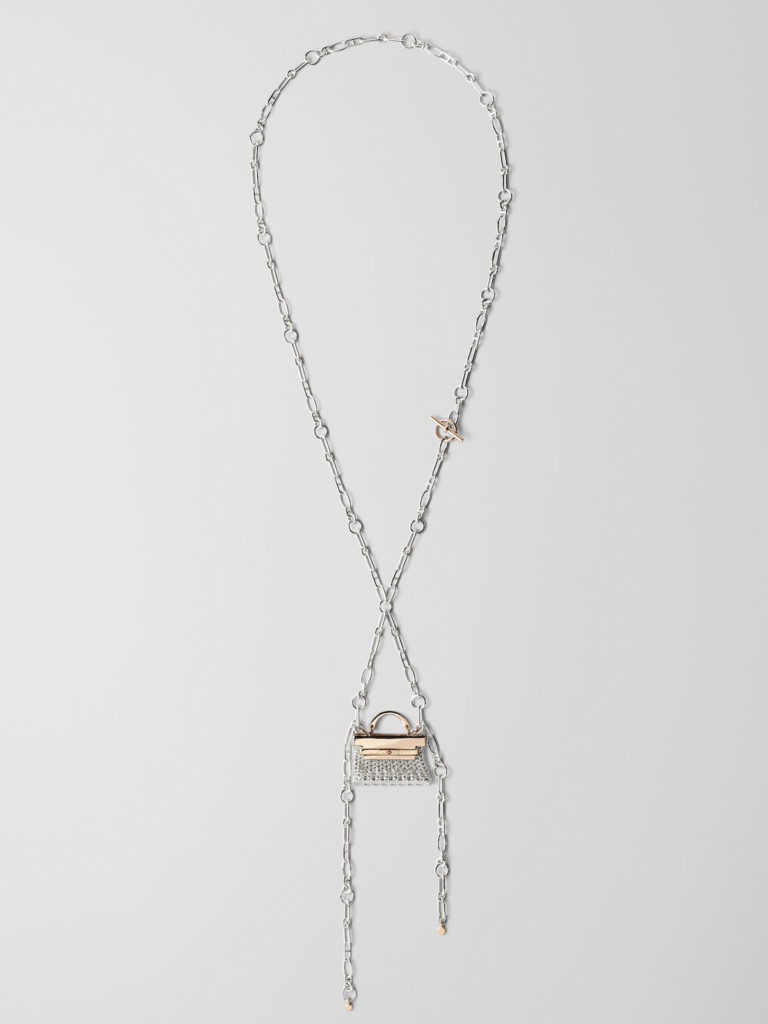 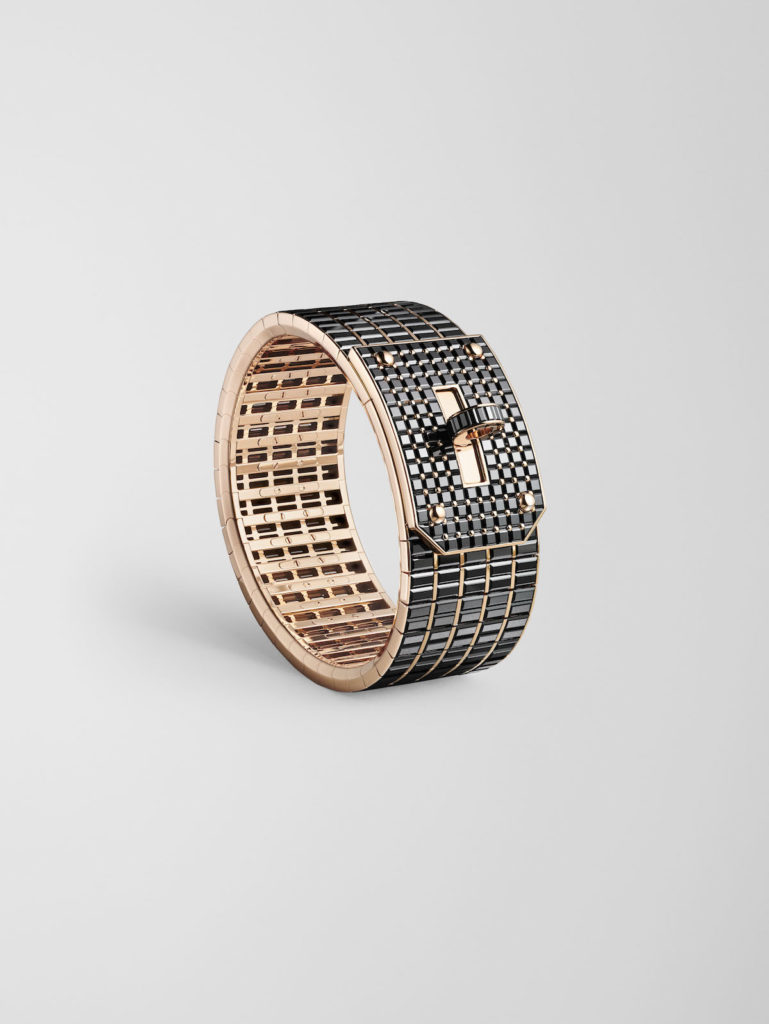 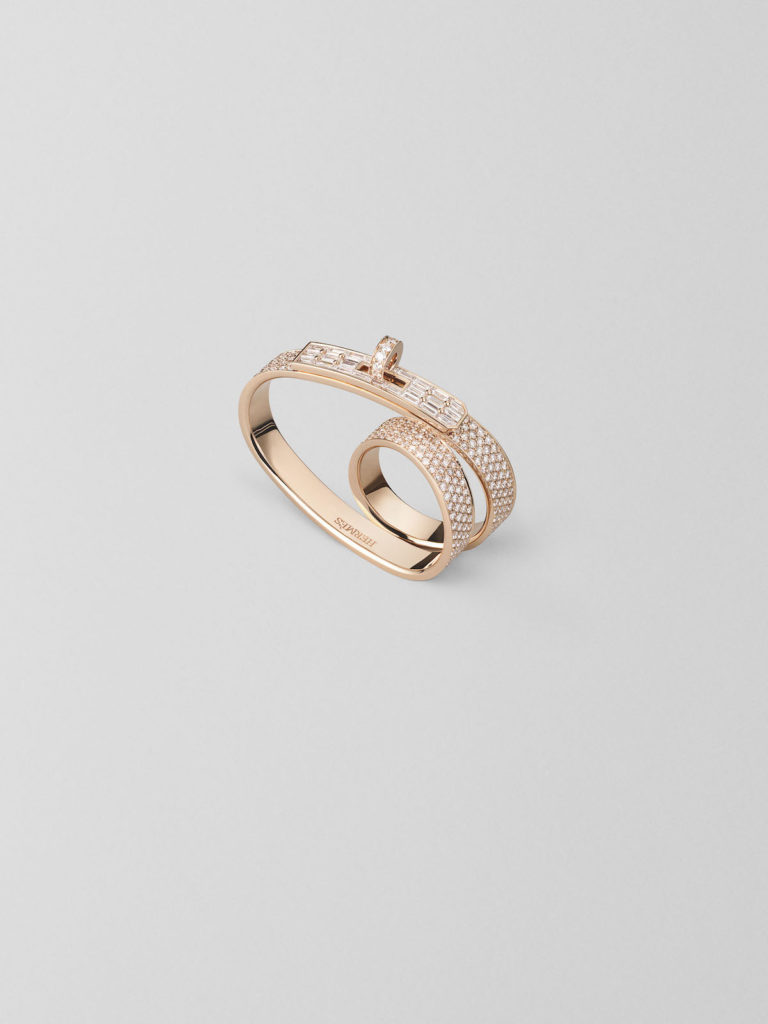 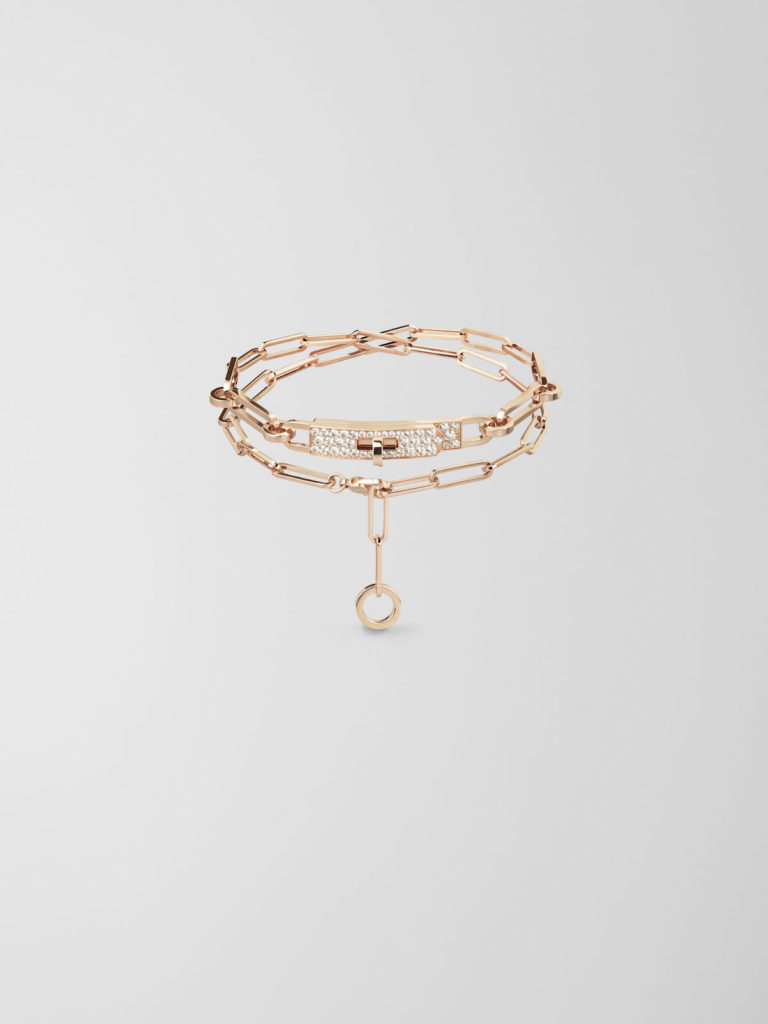 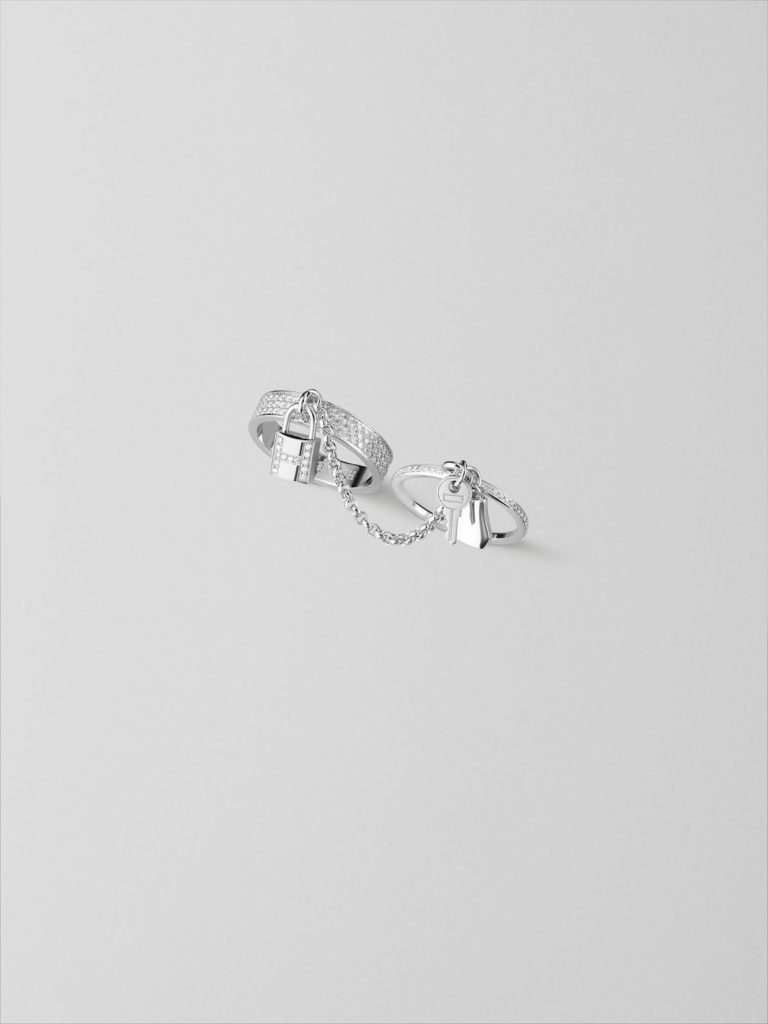