Sébastien Jondeau, the former bodyguard and personal assistant of Karl Lagerfeld, has written a memoir in collaboration with Virginie Mouzat, called “Ça va, cher Karl ?” (How are you, dear Karl).

The book recounts his life and times in over 20 years spent up close with the legendary fashion designer, who died February 19, 2019. He reveals more in an interview:

You grew up on a housing estate in the (notoriously tough) Paris suburbs. Did you experience a kind of culture shock when you entered Karl’s world?

It’s true that I grew up in several places in the North Banlieue. When I arrived in Paris, I discovered Karl’s world, it was the opposite of our kinds of lives, that’s for sure. It took me a little while to get used to, but I appreciated it.

People talk about you as Karl Lagerfeld’s muse, his right-hand man, his bodyguard. What was the nature of your relationship with him?

I don’t think I was Karl’s muse. I was the model for the brand, as for many others, because Karl liked to improvise, to slip me into photos at the last minute — adverts, shows — for all of the brands with which he worked … Otherwise, yes, I was his personal assistant and his bodyguard. He was first and foremost my boss.

You cover Karl’s illness in detail. What do you remember about those years during which no-one knew that the designer was unwell?

I just remember that we did the job, and we did it well! Him as well as me. That’s all we wanted, that nobody should know anything. It wasn’t much fun at the time, but we got through it alright, that’s the main thing.

What would he say if he knew you were talking about these moments of his life?

He would be upset with me! 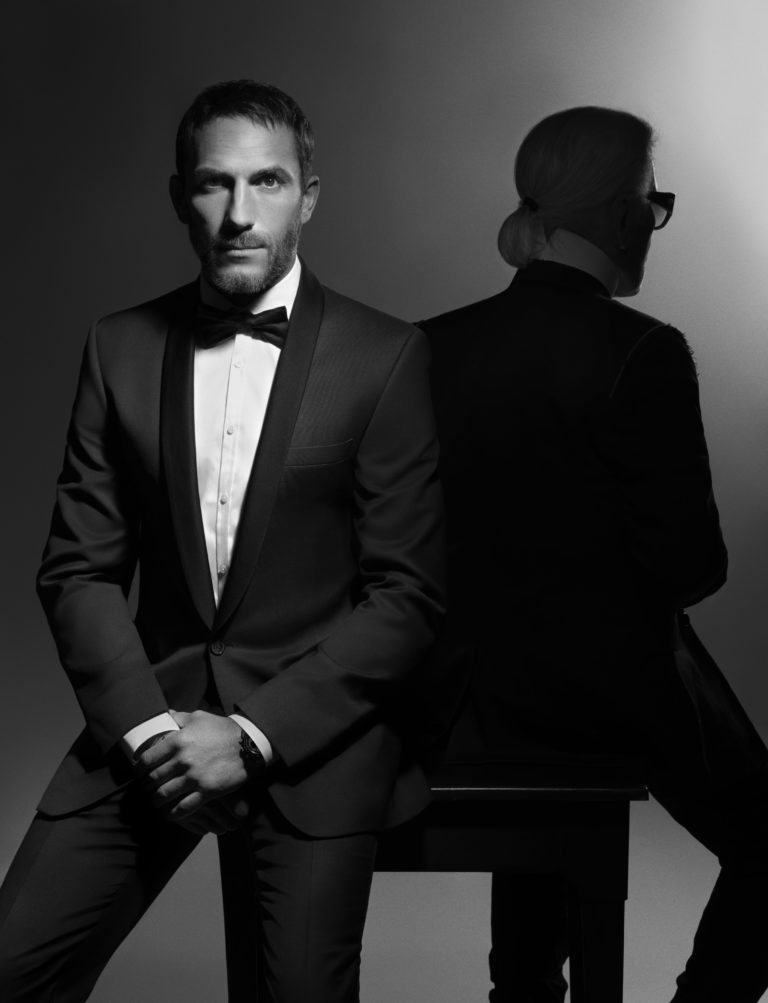 Is there one moment that particularly marked you in your 20 years at Karl Lagerfeld’s side?

The moment he left us.

Would you change anything?

I would bring him back.

You are the ambassador of the Karl Lagerfeld men’s line. Is Karl in some way still present in your current creative choices?

Of course! Today I work with the brand, which is also family for me. We have developed quite a few things together, they have trusted me. I represented the Karl Lagerfeld brand as Sébastien Jondeau, former personal assistant of Karl Lagerfeld, it wasn’t modeling. I was, and I still am, the brand ambassador. This family-like aspect developed. Today, that continues, and we keep it alive. My relations with the brand are very good, and I hope to have the opportunity to continue working on plenty of projects!

In the book, it seems like your relationship with Baptiste Giabiconi — who was also close to Karl Lagerfeld — wasn’t always plain sailing. Do you think the two of you could one day work together on some kind of creative collaboration in tribute to the designer?

Our relationship is not strained: there is no particular relationship between Baptiste and I. I didn’t write anything unkind in my book, he is a part of my life regardless. I couldn’t write a book about my life with Karl without mentioning him. He has a place [in that], which he is entitled to. There is no animosity, I just explain my vision of life about things that I saw and the way in which I perceived them, that’s my free will. As for a collaboration, both of us are very busy.