The kicks that kickstarted Kanye West’s Yeezy empire may soon be millionaires.

The sneakers, which were the prototypes for the Yeezy line, have just popped up for private sale at Sotheby’s, with a jaw-dropping estimate in excess of $1 million. Developed by the rapper and Mark Smith for Nike, the kicks are billed as the most valuable sneakers to ever appear at the storied auction house and will be offered starting next Monday.

Ye actually premiered the shoes on-stage at the 2008 Grammys where he performed his smash hits “Hey Mama” and “Stronger” and then claimed four of the awards for his own. In the years that followed, West famously collaborated with Nike for myriad Air Yeezy releases before landing a multi-year deal with Adidas in 2013. Now a global phenomenon, the Yeezy brand of sneakers brought in roughly $1.7 billion in sales in 2020 as reported by Forbes. 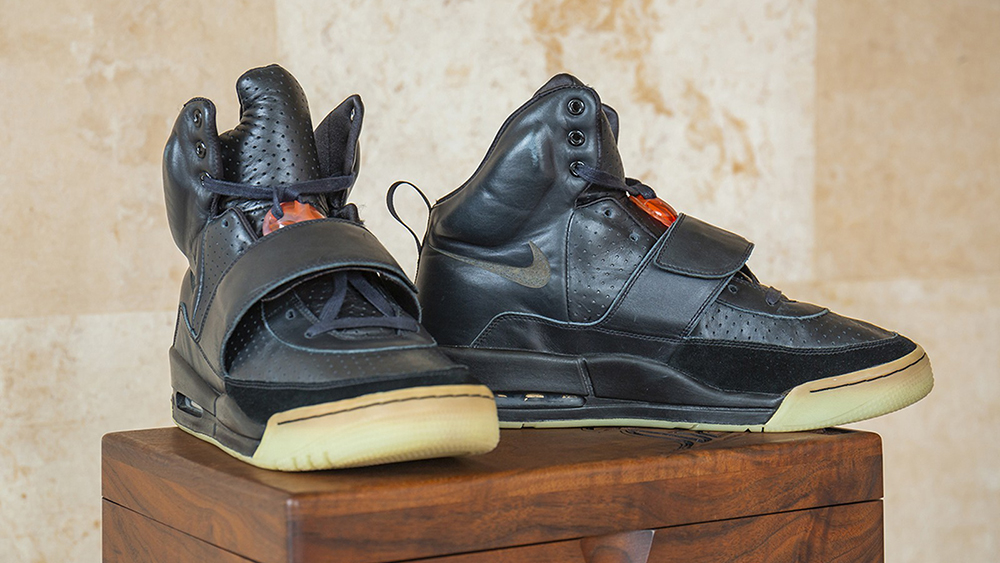 The sneakers are expected to sell for more than $1 million.  Sotheby’s

The original Nike Air Yeezy signifies a critical moment in sneaker design, as the kicks were created for an artist rather than an athlete and had an entirely new silhouette. They also originated the coveted line.

“This pair is critical to the development of the Yeezy franchise, which has become one of the most important sneaker and lifestyle brands in history,” Brahm Wachter, head of streetwear and modern collectibles at Sotheby’s, said in a statement. “Debuted on-stage at the Grammys in 2008, the sneakers set off waves in the sneaker community as people tried to identify the mysterious pair. Afterward, we saw a series of collaborations between Kanye and Nike, and then later the birth of his line with Adidas.” 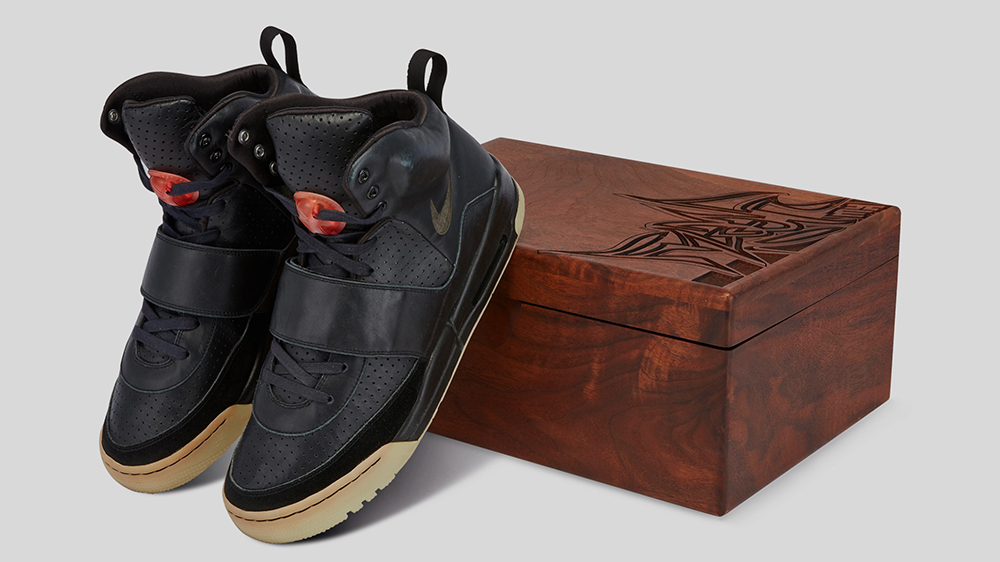 The sneakers come housed in a custom wooden box.  Sotheby’s

These particular size 12 sneakers, which were fashioned in Nike’s “Innovation Kitchen” in Oregon, feature a soft black leather upper with perforated detailing. They sport a tonal Swoosh on the overlay, along with a Yeezy forefoot strap and the label’s signature “Y” medallion lace locks in pink. The sneakers will also come housed in a custom wooden box emblazoned with a design by Smith.

The kicks, which come courtesy of New York collector Ryan Chang, will likely become the most expensive sneakers ever sold by Sotheby’s. The auction house previously auctioned a pair of 1985 Air Jordan 1 sneakers, designed for and worn by NBA demigod Michael Jordan, for what was then a world-record sum of $560,000.

The Nike Air Yeezy samples will be on display at the Hong Kong Convention and Exhibition Centre from April 16 through 21. Interested sneakerheads can submit offers directly to Sotheby’s. Run, don’t walk.