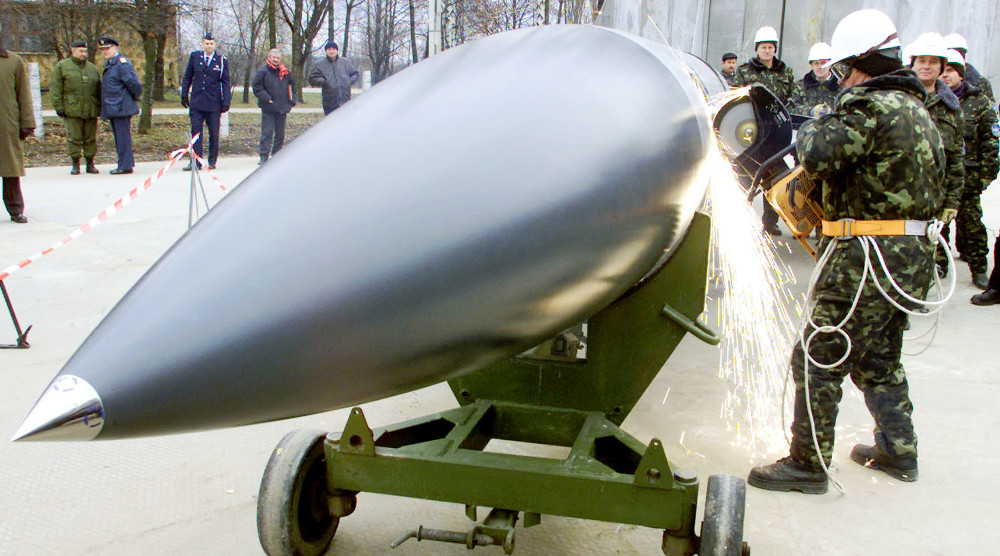 Knowing now that all of this was going on behind the scenes in the run-up to President Putin’s fateful 24 February announcement, the public should hopefully have a better idea of how international diplomacy really works. The world isn’t always privy to what’s secretly happening at the highest levels of interstate relations, which is why some developments like Russia’s special military operation in Ukraine come off as shocking but make perfect sense in hindsight.

President Putin explained the timing of his country’s special operation in Ukraine as being partially driven by the pressing nuclear threat that this neighboring former Soviet Republic posed to Russia. These allegations have been dismissed by the US-led Western Mainstream Media (MSM) throughout the course of their ongoing information warfare campaign against that Eurasian Great Power but deserve some further elaboration since they’re definitely very credible. In fact, they arguably triggered the operation itself since Moscow was compelled to ensure the integrity of its national security red lines following Ukrainian President Zelensky’s innuendo at last month’s Munich Security Conference that his country was seriously contemplating the production of nuclear weapons.

The Russian leader warned on 24 February while announcing the special military operation in Ukraine that “If we look at the sequence of events and the incoming reports, the showdown between Russia and these forces cannot be avoided. It is only a matter of time. They are getting ready and waiting for the right moment. Moreover, they went as far as aspire to acquire nuclear weapons. We will not let this happen.” Foreign Minister Lavrov and other Russian officials like his spokeswoman Maria Zakharova have subsequently reminded the world of the threat that Ukraine’s nuclear intentions posed to their country. President Putin himself even brought the issue up again on Saturday while meeting with female aircrew members of Russian airlines. Here’s what he said:

“Now they are talking about gaining a nuclear status, that is, acquiring nuclear weapons. We cannot ignore such things either, especially because we know how the so-called West acts with regard to Russia. First, Ukraine has had nuclear competencies since the Soviet times. As far as enrichment and nuclear materials are concerned, they are capable of launching such projects. They have missile competencies. Suffice it to mention Yuzhmash – it created intercontinental ballistic missile equipment for the Soviet Union.

They can boost it and do it. And they will also receive help with that from across the ocean. And then they will say that we do not recognise their nuclear status, that they did it themselves, and they will put these systems under control, and from that moment, from that very second, Russia’s future will change dramatically. From then on, our strategic adversaries would not even need to have intercontinental ballistic missiles. They would be able to keep us at the nuclear gunpoint, and that would be it. But how can we let this go unnoticed? These are absolutely real threats, not some far-fetched nonsense.”

As the author explained in his piece about “Why It’s So Important For Russia To Denazify & Demilitarize The ‘Anti-Russia’”, a US-backed fascist Ukraine whose permanent military, intelligence, and diplomatic bureaucracies (“deep state”) are influenced by an ideology that literally preaches the need to exterminate their fraternal Russian neighbors would certainly launch a nuclear attack against that Eurasian Great Power upon obtaining such capabilities. An unnamed but presumably very high-profile and credible source that spoke to publicly funded TASS the day after President Putin’s earlier reported meeting revealed that “Ukrainian specialists could have made such a device within several months” and that they “initiated dialogue with foreign companies” to help create uranium enrichment facilities.

Another source contacted publicly funded RIA and informed them of more details about Ukraine’s secret US-backed nuclear weapons plans. According to them, they were experimenting with dirty bombs in Chernobyl, exploiting the preexisting radiation there as cover for their tests. Some also suspect that documents related to this program were previously stored at the Zaporozhskaya Nuclear Power Plant that Kiev’s fascist-nationalist forces recently tried provoking Russia to fire upon, after which they set part of it ablaze in their retreat, perhaps also to destroy evidence of their country’s illegal plans. More and more, the information that’s increasingly becoming available adds credence to President Putin’s concerns that Ukraine was on the cusp of becoming a US-backed nuclear weapons power.

Had Russia’s special operation not commenced when it did, it’s very possible that Kiev would have further intensified the third round of civil war hostilities in Donbass that it started the week prior and might have used that as the pretext for requesting direct US and NATO assistance, including that which would involve clandestinely protecting its nuclear weapons research facilities. Moscow essentially preempted this plot at the absolute very last minute through its decisive intervention in that neighboring fascist-hijacked state, thus enabling the Russian Armed Forces (RAF) to destroy the West’s secret military infrastructure there that could have facilitated their landings in Ukraine as well as be put to use to conventionally attack Russia upon the neutralization of its nuclear second-strike capabilities.

President Putin remained tight-lipped about these impending threats to his country’s national security red lines in the two months since he shared his security guarantee proposals with the US and NATO. This veteran statesman knows how international diplomacy works and didn’t want to publicly raise the alarm about this Cuban Missile-like Crisis in the heart of Europe while still sincerely pursuing a peaceful political resolution to it. Openly talking about these very serious threats might have been spun by the MSM as the “unsubstantiated fearmongering of a deranged leader” and consequently torpedoed his high-level diplomacy with the West. Regrettably, his interlocutors didn’t take his warning seriously when he said that Russia would resort to military-technical means to ensure its national security if needed.

That’s why the whole world was shocked when he finally spilled the beans about this crisis on the morning of 24 February while detailing the exact nature of these threats in his address to the Russian people. Folks were shocked since they hadn’t realized just how close the world had come to a third global war that might very well have resulted in the extermination of all humanity. The MSM predictably spun everything exactly like they would have had he earlier revealed such details while the majority of his people rallied behind their patriotic leadership after understanding the existential nature of the threat from US-led NATO in Ukraine. It wasn’t just about neutralizing their country’s nuclear second-strike capabilities nor conventionally attacking it after, but also arming fascist Ukraine with nukes.

There should be no doubt among objective observers that Russia’s special mission in Ukraine is essentially a preemptive one aimed at averting World War III by ensuring that the US’ devious strategic security plans there connected to the three threats listed in the preceding sentence of the prior paragraph will never materialize. Knowing now that all of this was going on behind the scenes in the run-up to President Putin’s fateful 24 February announcement, the public should hopefully have a better idea of how international diplomacy really works. The world isn’t always privy to what’s secretly happening at the highest levels of interstate relations, which is why some developments come off as shocking but make perfect sense in hindsight.

Russia’s special operation in Ukraine is one such example and arguably the most significant one in several generations. Had Moscow not militarily acted in preemptive self-defense when it did, then that country would be likely already be well on the way to being nuclear blackmailed by Kiev and its Western patrons, especially if NATO dispatched forces to protect Ukraine’s secret nuclear weapons facilities under the pretext of “defending” it upon its proxy’s intensification of a third round of civil war hostilities in Donabss like Russian intelligence suspected was about to happen. Everything seems very tense and dangerous right now, but it would have been much worse had the special operation not been commenced. Russia literally just saved the world from an impending nuclear war in the near future.