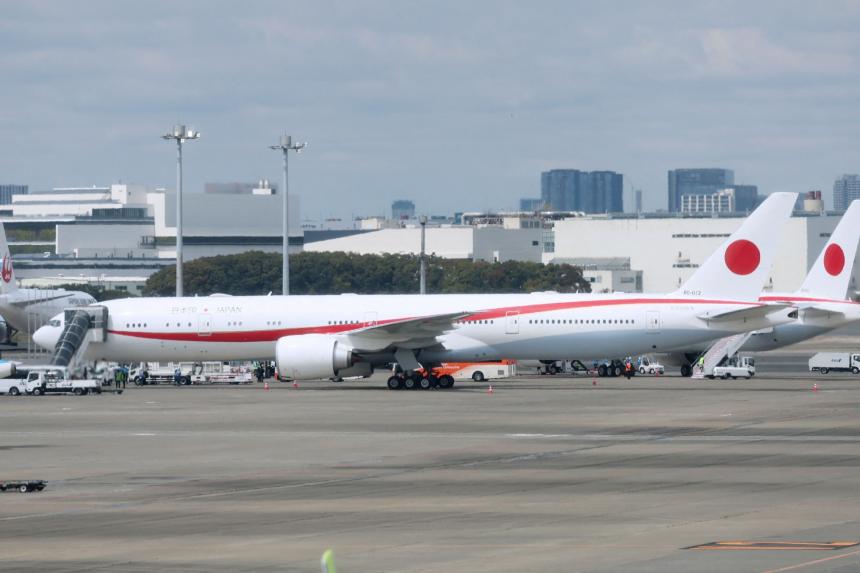 TOKYO (REUTERS) – The Japanese government flew 20 Ukrainian refugees into Tokyo on Tuesday (April 5) in a high-profile show of support for the international effort to help Ukraine by a country that has long been reluctant to take in foreigners.

The 20 – aged between 6 and 66 and including 15 women – are not the first Ukrainian refugees to arrive in Japan since Russia invaded their homeland on Feb 24 – but they are the first to be flown in on a special government plane on a trip arranged by Japan’s foreign minister.

“The government of Japan is committed to provide the maximum support to these 20 Ukrainians to help them live with a sense of peace in Japan, even though they are far away from their home county,” Foreign Minister Yoshimasa Hayashi told reporters in Poland shortly before he and the refugees set off for Japan.

Hayashi, who had been assessing the refugee situation in Poland, flew in on a separate flight shortly before the 20 arrived.

National broadcaster NHK showed their arrival in a live broadcast. Their plane was shown on the tarmac while the 20 underwent Covid-19 tests on board, NHK said.

Ethnically homogeneous Japan has long been wary of foreign migrants despite an ageing population and a chronic labour shortage but opinion polls show a vast majority of Japanese support giving sanctuary to Ukrainians.

The 20 are joining nearly 400 other Ukrainian refugees who have arrived since the Russian invasion.

In 2020, the world’s third-largest economy accepted just 47 refugees and admitted 44 others “for humanitarian reasons” – about 1 per cent of total applications.

Most of the Ukrainians are entering Japan on a 90-day visa which they can then convert to a special one-year visa that will allow them to work.

Government officials did not say why the 20 were selected for the special flight, citing privacy concerns.

The government had not said if it would undertake more such flights for Ukrainian refugees.