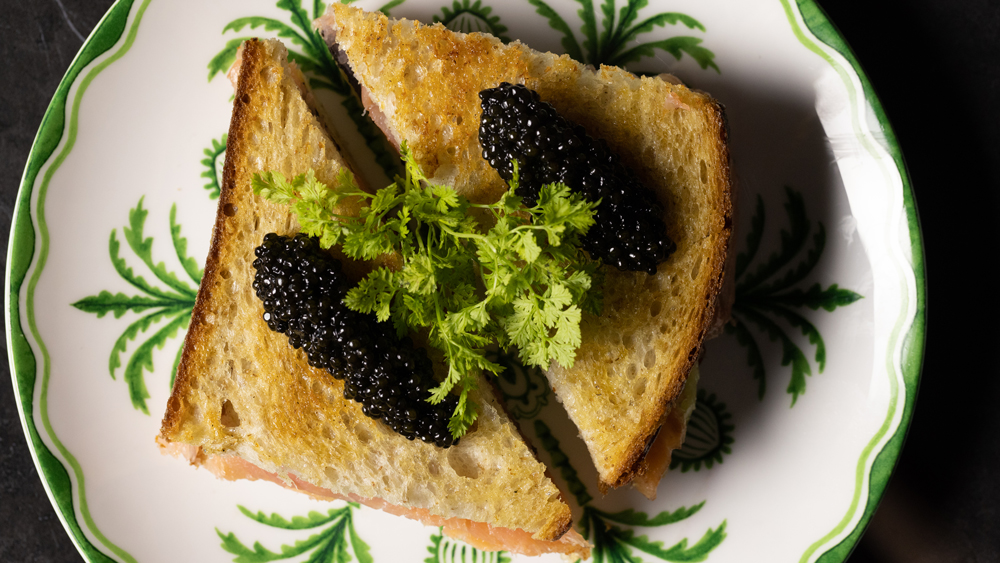 “I know it’s Billionaires’ Row, but the view is priceless,” hospitality mogul Scott Sartiano says of Darling, the lounge he opened atop the new Park Lane New York hotel on April 2. “I don’t think there’s really another view like it other than private residences.”

Darling is located on Billionaires’ Row, a cluster of luxurious buildings (including what’s known as “supertall” skyscrapers that rise more than 1,000 feet) around the south end of Central Park. It’s an area where computer entrepreneur Michael Dell spent more than $100 million for the duplex penthouse at One57, and where numerous finance titans have purchased gargantuan condos. So Sartiano, who runs the ultra-exclusive Zero Bond private club downtown, is really dealing with some rarefied air on Central Park South.

“These are the most exclusive addresses in New York, no question about it,” says top real estate broker Tal Alexander, who’s closed Billionaires’ Row deals including hedge-fund manager Ken Griffin’s record-shattering $238 million purchase of the quadruplex penthouse at 220 Central Park South, which happened in 2019 and is still the most expensive home ever sold in the United States. “There have been incredible trades. If you look at these buildings over time, they’ve pretty much all appreciated.”

It’ll be hard for other bars to beat this view.  Michael Kleinberg

Alexander, who runs the Alexander Team at Douglas Elliman Real Estate with his brother, Oren, is all-in when it comes to Billionaires’ Row. The brothers even have their own half-floor apartment at 432 Park Avenue and have done many deals in that building.

“We’ve kind of been the hometown broker for the building, and I just sold a unit there off-market for $26 million,” Alexander says. “I got this amazing opportunity to move into my dream building, and I just said to myself, ‘Look, I need to spread my wings and look at selling real estate in these buildings where some of the biggest transactions are happening in New York City on a monthly basis.’”

Sartiano, whose venues at the Park Lane New York also include Harry’s New York Bar and Rose Lane, sees a big opportunity to add some sizzle to the Billionaires’ Row scene. So Darling will have signature cocktails like the Park Lane Margarita and the Central Park South (Tanqueray gin, Campari, melon de Provence, sweet vermouth, lemon), a DJ series and exclusive events.

“I think the area’s been kind of underserved to a certain extent,” Sartiano says. “There haven’t been a lot of offerings for late-night cocktails. I think we’ll have a mixture of people: Zero Bond members and the who’s who of New York, but there’s a little bit of everything for everyone. You have some food, some bar food. You have indoors, you have outdoors, you have a view.”

Get the shellfish tower.  Natalie Wood

Darling, a garden-like oasis with lush greenery, is reserved for hotel guests during the day and open to the public in the evening (hotel guests get priority). Whenever you visit, you’ll enjoy a tremendous view from the top.

“At night, we add a DJ and turn the lights down and you can still see the skyline and the park,” Sartiano says. “I think Darling is going to have two lives. One is that daytime-into-sunset drinks, and then the other is going to be the nighttime party in the sky overlooking the park.”

While Sartiano (who ran hot spots including Butter and 1OAK before he opened Zero Bond), is largely known as a downtown scene-marker, he’s confident that his crowd will come see him up at Darling.

“I think I create products and have a following, and there’s for sure some Zero Bond members that live up here,” he says. “And if you’re a New Yorker, you always find yourself in different places. You’re not always hanging out downtown. Darling definitely has enough premium offerings to satisfy Zero Bond members.”

“I think a lot of his members, including myself, live around this neighborhood,” he says. “I think that everyone wants to venture downtown for a night out, and no question Zero Bond fills that void. But if you want to stay around the neighborhood, you have this venue, this very famous space, that he’s going to reimagine. Scott’s got a great following and knows how to put together a very chic crowd.”