How to Make El Lúpolo, the Tequila Cocktail That Will Make You Love Beer in Your Drink

It feels like it happens the same way every year: People in New York start doing something, and before long everyone else is doing it too. Some trendy ingredient will sweep through the cocktail world like the song of summer blaring from every speaker in sight. And then just like that it’s gone, disappearing as suddenly as it had arrived.

Some of these trends came to stay. Sherry, for example, didn’t show up in our bars so much as move in to them and start rearranging the furniture, and for good reason: Sherry is amazing. Others, like activated charcoal, are the type of embarrassing lapse in judgement that’s only funny when mentioned by an extremely good friend. But one of the trends I think we overcorrected for is that year long period about a decade ago when beer cocktails were everywhere.

In hindsight, it’s quaint and rather touching that we felt like we discovered the beer cocktail considering that people have been mixing things with beer for like 9,000 years. All the same, beer cocktails felt distinct. They were on menus in fancy cocktail bars, sure, but they were at normal bars too. Everyone was getting in on it. To make one required no special knowledge, nor was it expensive or esoteric or rare. It’s beer. A dark rum Daiquiri with stout or a bourbon sour with white ale or a Tom Collins with a framboise are all wonderful little drinks. You can top with beer or turn it into a syrup or just use it as the main character and hang flavors on it. Beer can both complement flavors and handle dilution better than it would seem, and through the sheer quantity of beer cocktails being made at the time, it proved itself surprisingly versatile.

Soon after they reached ubiquity, beer cocktails started leading the “Trends We Wish Would Disappear” section of trade magazines, and with some justification. The very democratization of beer cocktails led to their oversaturation, as bars would put a one on their menu not because it was an especially good combination of flavors but because they thought their menu had a beer-cocktail-shaped-hole. Additionally, beer adds great flavor but tends to do so at the expense of clarity, so bad beer cocktails can be irredeemable. With drink trends, as with boy bands and Adam Sandler movies, low quality clones can put a stain on the whole category. Beer cocktails have all but gone away now, only showing up here and there when a bartender is properly inspired, which I suppose is the way it should be.

One of those bits of inspiration comes from the El Lúpolo, and the frankly legendary combination of tequila and IPA. Agave spirits, hops and grapefruit are just the best friends anyone’s ever had—add Campari’s juicy bitterness and a bit of fresh lime and you’ve got a cocktail of winter looking hopefully toward spring, herbal and piney but also juicy and bright and while the equinox creeps near and the sun’s rays begin to gather some strength, a refreshing bitter finish that that keeps you coming back for more.

Add all ingredients except for beer into a shaker tin and shake on ice for 6 to 8 seconds. Strain into a tall glass and top with about 3 oz. IPA. Garnish with a grapefruit peel. 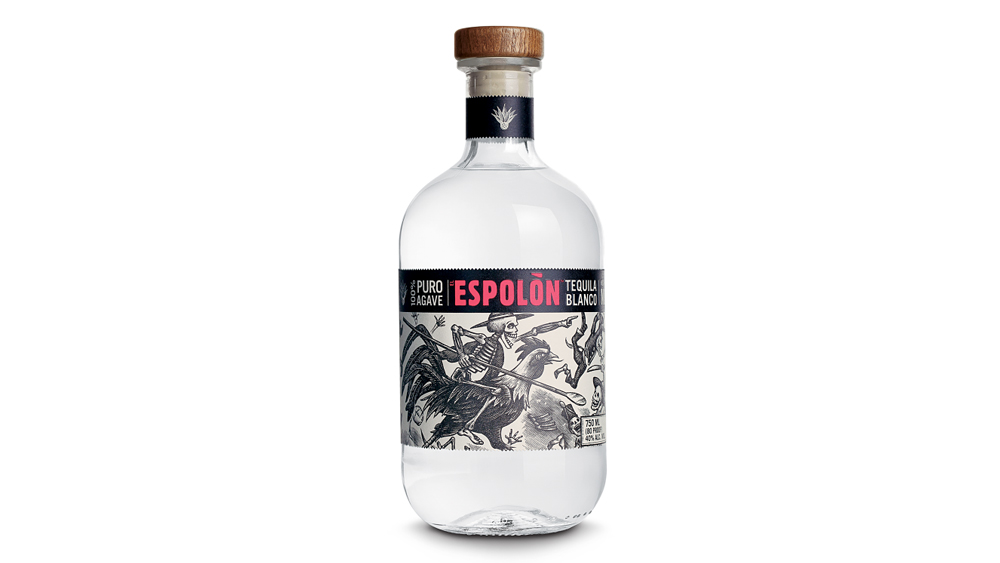 Tequila: Tequila is defined as a spirit made from the blue weber agave plant. Now, some producers take the word “made” a little loosely and produce theirs with 51 percent agave and 49 percent filler sugars and/or corn syrups, presumably hiding behind the idea that if you had to round up to the nearest material, it would be agave. These are derisively referred to as “mixtos” and they are beneath you. Have you ever had an experience, probably when you were a bit younger, after which you swore up and down you’d never ever drink tequila again? That was from a mixto.

The tequila you actually want will be made say 100 percent agave (or some variation thereof) on the label. For this cocktail, we want a blanco, which is unaged. There’s so much going on in this drink that it’s really not that important what kind of tequila you use, but even if it was, I would still preach value: Cimarron, Olmeca Altos, Real Del Valle and Espolòn are all excellent choices.

Simple Syrup: They weren’t messing around with the name: this is literally the simplest syrup. Don’t buy bottled simple syrup—by the time you find your keys to go to the store, you could’ve made it. Equal parts sugar and water and stir to dissolve the sugar. Hot water will make the sugar dissolve faster. It takes less than five minutes to make and it’ll last a month in the fridge—toss when it gets carbonated (fermenting) or cloudy (mold).

Campari: The sharply bitter Italian liqueur, famous for its starring role in Negronis, Americanos and Boulevardiers. This adds an herbal juiciness to the midpalate and slightly amplifies the bitter finish, as well as giving the whole thing a lovely red flush. If you don’t have Campari, don’t worry about it, just increase the simple syrup slightly, by a little less than 0.25 oz. (1/2 tablespoon or so).

IPA: You want a big hop profile without too much malt, so use a West Coast Style IPA if you can (though it’s not the end of the world if all you’ve got is some other kind). Quality West Coast IPAs are almost too numerous to list, plus the beer market is so local I hesitate to give a brand. Pick something that’s made close to you. As for national brands to base flavor profiles off, I’d say Ballast Point Sculpin IPA, Stone IPA and the Firestone Walker Union Jack IPA are all great and widely available. But be aware that beers vary in malt sweetness, so the resulting cocktail may need to be made slightly more or less sweet, depending on your particular beer and tastes. This can be adjusted by toggling the amount of simple syrup 0.25 oz. up or down.

Every week bartender Jason O’Bryan mixes his up his favorite drinks for you. Check out his past cocktail recipes.