How to Make a Clover Club, the Gin Sour That’s More Than Just a Pretty Face

In 1934—just one heady year after Prohibition was repealed—Esquire magazine, in a civic-minded attempt to reestablish the norms of a long dormant drinking culture, published a list of 10 Worst Drinks of the Previous Decade. There, among what they called out as the “pansies,” were the Brandy Alexander, the Bronx, a shaken blend of rum and sweet vermouth called the “Fluffy Ruffles,” and, criminally, the Clover Club.

Such is the injustice that has followed the drink its whole life. The Clover Club is too pretty to be taken seriously. It’s the Brad Pitt of cocktails.

The Clover Club’s story begins even earlier. In January of 1880, an informal dinner of 15 newspaper men was arranged. The social benefits of this association became quickly apparent, and they formed the Thursday Club, which met every 4th Thursday for almost two years. For various reasons, the group re-branded and on January 19, 1882 at the Bellevue-Stratford Hotel in Philadelphia, they met with a new formal name: The Clover Club.

To call it formal, however, was to miss the point. Its membership was made up of 35 men from all over industry, government and law, as well as various other prominent wits. Oscar Wilde was there. There was no specific aim beyond its stated: “a Club for Social Enjoyments, the Cultivation of Literary Tastes and the Encouragement of Hospitable Intercourse.” The one major rule was to enjoy yourself. If anyone was found to be too ponderous, sullen or dull, they’d be mercilessly heckled. “The Clover Club,” according to the old Waldorf-Astoria bar book, was “composed of literary, legal, financial and business lights of the Quaker City, [who] often dined and wined, and wined again.”

As no self-respecting drinking club could be without its own drink, a Clover Club cocktail was needed. We don’t know when or by whom it was invented, but by 1901 it’s referenced and 1908 finds it published, in William Boothby’s The World’s Drinks and How to Mix Them. By then it is already popular at the Waldorf-Astoria in New York, where William Butler Yeats, upon first discovering the drink, reportedly took down three in a row.

The Clover Club organization more or less disbanded around WWI, and by 1934, Esquire calls the now-orphaned cocktail one of the worst drinks of the previous decade. They’re wrong on both counts—it’s an exceptional drink and it’s not from the previous decade—but no matter. It had somehow lost its association with the gentlemen’s club of noted wits and became one of the “pansies.” Still in 1949, Esquire’s Handbook for Hosts incompetently dismisses it as “something for the ladies.”

If all you knew was what it looked like, you might understand their point. The lurid pink and white. The cocktail glass. The garnish. The whole project seems specifically designed to provoke insecure men. Which is a shame, because if they’d tasted it, they would’ve made contact with the much more salient ground truth, which is that the Clover Club is an outrageously good drink—the gin functions as infrastructure, while the tart raspberries punch up the core and the egg white smooths the whole thing out.

You could spend weeks drinking nothing but different tasty gin sour variations, but personally, I don’t know if you could do better than the Clover Club. And while I understand where these people are coming from, I’ll just say this: If you find yourself tempted to assign a cocktail a gender based on how it looks—and/or if your whole sense of self is predicated on turning down pink drinks in stemmed glasses—sadly, friend, you’re just letting some of the best things in life pass you by.

Add all ingredients to a shaker tin. “Dry” shake ingredients without ice for five seconds to whip the egg. Add ice, seal tins and shake hard for 10 to 12 seconds. Strain into coupe or martini glass, express a lemon peel over the top of the foam for aroma and discard and garnish with one to three raspberries, on a pick. 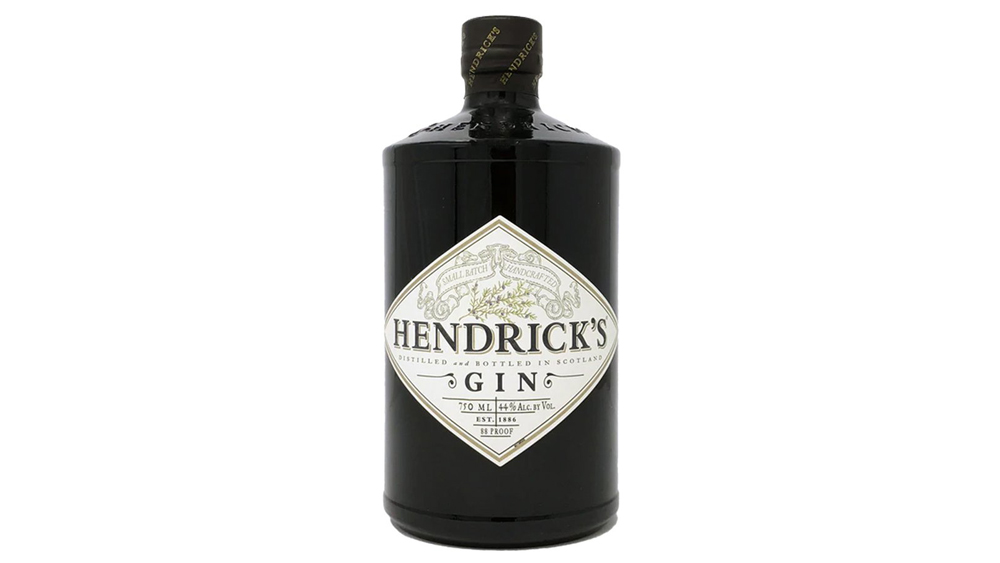 Gin: Plymouth Gin is traditional, in that some of the early recipes call for it by name, though they didn’t have the selection we now enjoy. It’s certainly good—this will be good with pretty much any gin, honestly—but in tests, a clear favorite was Hendrick’s, whose heavy rose-petal floral component perfectly cushions the bright tartness of fresh raspberries. Also great were Sipsmith Gin, which offered a textured grapefruit-like semi-bitterness and Beefeater 24, whose tea infusion also plays beautifully against the raspberries.

Raspberries: Half the recipes you read will say to use pomegranate (in the form of grenadine), while the other half say to use raspberries, and it’s comforting to discover bartenders have been wavering since the very beginning. Booth’s 1908 recipe calls for grenadine but adds that raspberry syrup “will answer the purpose” while a 1909 recipe calls for raspberry syrup, but says grenadine will work if raspberries aren’t in season.

So it seems pretty simple: raspberry season is June—October, and pomegranate season is September—February, so pre-globalization, just use whichever you can get. That being said, it’s 2021 and we can have everything all the time, so use raspberries. Grenadine makes a fine drink, but it’s not magic. Raspberries, in this, are magic.

And while lots of recipes call for a raspberry syrup, you should shake with fresh raspberries instead. Syrup mutes the flavor, and fresh raspberries sing out of this drink. The PDT Cocktail Book advises raspberry jam, and again, it’s a fine drink, but fresh is always better.

Vermouth: You’ll notice there’s no vermouth in this recipe, so why am I talking about it? Because many very smart and talented people claim that a spot of dry vermouth improves the drink and, indeed, dry vermouth shows up in some of the earliest recipes. What dry vermouth achieves is to lend complexity—midtones—to a sour that otherwise rests on its brightness and vibrancy.

This is personal taste territory, and I tread lightly to disagree with such august opposition. Legendary cocktail historian David Wondrich claims that vermouth turns “a serviceable drink into an ambrosial one.” Julie Reiner, equally legendary operator who opened a bar in Brooklyn 13 years ago and named it after this exact drink, chooses vermouth. Along with that are a couple quieter choices as well—Plymouth, softer than its London Dry big brothers, and raspberry syrup instead of fresh. Her choices all lend toward subtlety and nuance instead of the vibrant, electric sour I’ve landed on. I admit I think mine is better, but obviously she’s not incorrect. It’s just a difference in taste, and I like it better without vermouth.

Note: If you are using vermouth, I personally found it works best with Tanqueray. To me, Tanqueray best incorporates the complexity of the vermouth into the greater drink. I feel like vermouth spoke too loud for the other gins, even Beefeater.