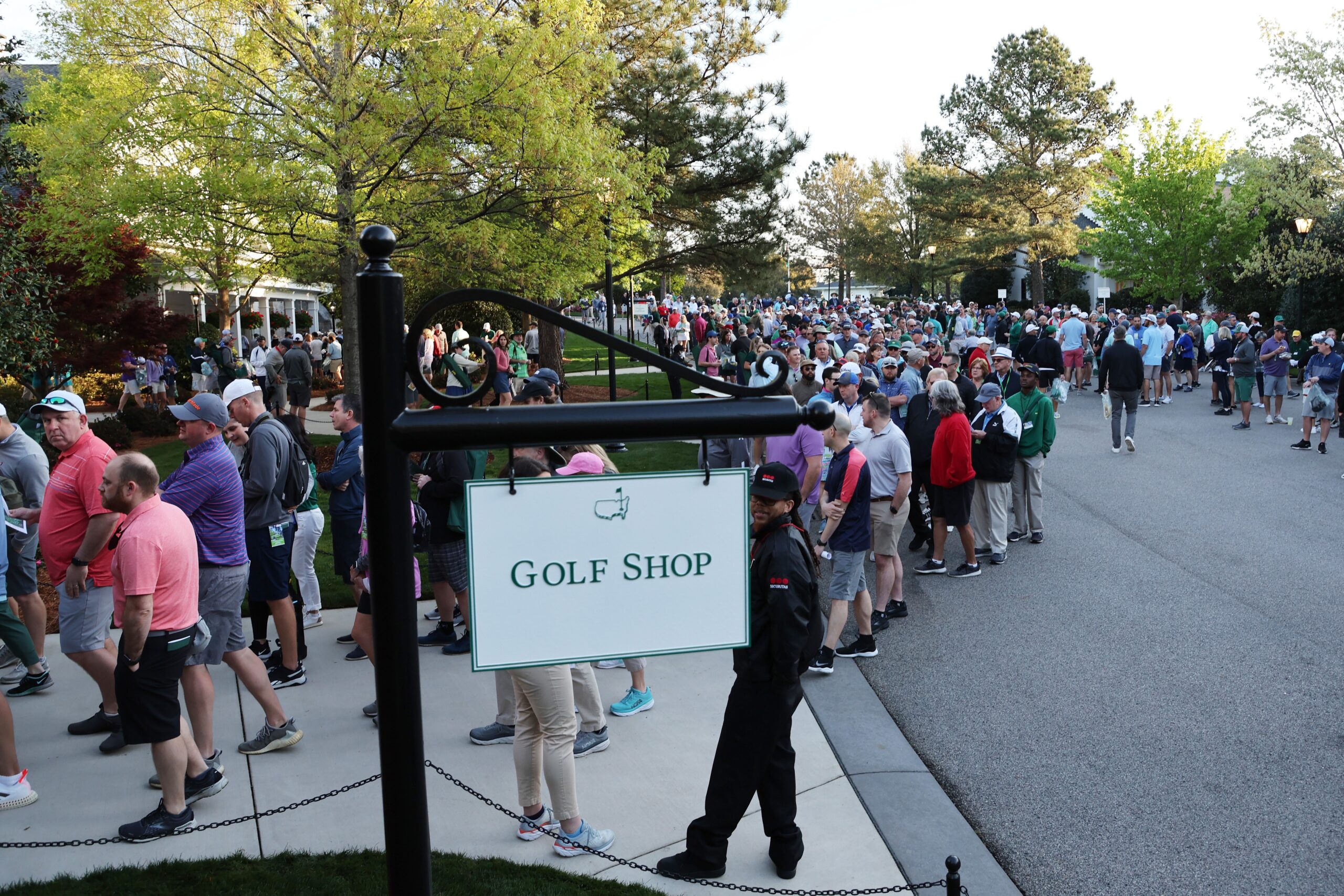 On Sunday, Scottie Scheffler took home the coveted green jacket awarded to the winner of the Masters golf tournament. That’s nice, but fashion-minded attendees at the Augusta National Golf Club might have wondered if he was also leaving with the weekend’s real grail: a graphic-print button-up shirt made for this year’s Masters tournament by Peter Millar.

Merch at the Masters has always been a very big deal. Gear branded with the tourney’s logo is on sale during the week of the tournament only and exclusively at Augusta. Augusta takes its responsibility to outfit dads in exclusive drip seriously. In the store, there are almost 400 mannequins, 64 registers, and over 150 hats. The line bulges out the front door and snakes around the corner. That tightly enclosed environment creates a frenzy that feels as exclusive as the latest streetwear drop. And that exclusivity fuels a red-hot resale market—so much so that GQ called Masters gear “Supreme for dads” in 2018.

That makes Peter Millar Augusta’s Nike—a collaborator who comes in and kicks already exclusive gear up a notch. “[Millar is] reaching Kleenex status,” said Steve, a longtime Masters attendee who asked I only use his first name, of the golf wear brand’s ubiquity.

This year, One particular Millar shirt has ascended to grail status among Masters devotees. At first glance, it’s a standard navy button-up with a pretty white almost-paisley pattern. A few more glances reveals that the pattern borrows its graphics from a golf course map: there are outlines of holes, umbrellas, and the clubhouse organized just so to create the paisley effect. On the chest is the Masters logo, a green-and-yellow map of the U.S. with a tall flag emerging from Augusta, Georgia.

Vogue Runway subscribers may not be impressed, but this design is a big deal for golf fans accustomed to getting fed just one kind of shirt over the years. “The shirt design not being the normal horizontal stripe design is the first plus,” Steve says. “I was told by my wife a couple years back, ‘If you come back with another f’ing striped golf shirt, I’ll burn it.’” Few designs dare to depart from those trusty stripes. “The Masters would have never approved that print 10 years ago,” said Steve. Anything new, cool, and different involving the Masters is like catnip to a golfer.” On Twitter, one person initially dismissed the shirt because it was “pretty sweet but not a PM.” A closer look at the PM-branded tag brought an immediate change in tune: “Confirmed this is sick AND I need this for my closet.” Such is the power of Peter Millar over golfheads.