This Sunday’s Academy Awards ceremony, it’s safe to say, will be like none other before it. Delayed for months due to the year-long Covid-19 pandemic, the Oscars are finally happening—but with a very different presentation style. Renowned architect and Tony Award-winning set designer David Rockwell was tasked with crafting a backdrop appropriate for the socially distanced event. His choice of venue? A train station.

Rockwell selected the historic Union Station, an LA landmark that was originally constructed in 1939. “We wanted to find a place where we could create a room within a room,” he says. The architect’s decision was inspired by some of the Oscars’ earliest settings, like the Biltmore and Roosevelt Hotels, but, ultimately, Union Station’s blend of Art Deco and Mission Style design won out. The station is no stranger to a Hollywood closeup, either, having been featured in movies like Blade Runner, The Italian Job and Catch Me If You Can (Rockwell’s favorite of its many cameos). 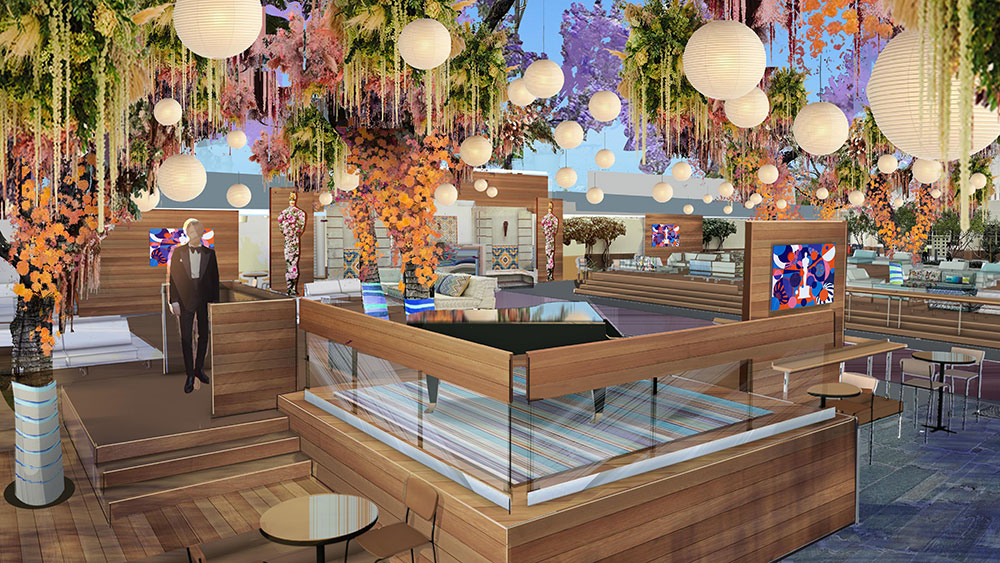 Another view of the outdoor courtyard, where nominees will mingle both pre- and post-show.  Photo: Courtesy of Rockwell Group

Almost every area of the station will be used for the show, including both the north and south courtyards, which are designed as spaces for mingling (at a distance) both before and after the ceremony. Details on the southern space are still under wraps, but the northern area will look like a garden of sorts, complete with purple jacaranda trees and a ceiling of woven flowers—the latter was heavily inspired by artist Maxfield Parrish’s colorful paintings. Rockwell selected Roche Bobois’s ever-popular Mah Jong sofa for the seating; the colorful cushions will be perched atop teak platforms. Naturally, there’s also a DJ booth, where musician and Roots drummer Questlove will scratch wax throughout the night.

As for the interior spaces, Rockwell was inspired by the crowded walls of art at Sir John Soane’s Museum in London. “The paintings and portraits create a heat in the room, a sense of enclosure,” he says. A similar tactic was used at Union Station to make the proceedings feel more up close and personal. “We wanted to create a wall that sort of honors and creates an intimacy for the nominees and for the TV audience to feel like they’re really in that room with them, so we layered on the idea of a gallery.” Instead of showcasing artwork, though, his version will be a cluster of screens, which will wrap all the way around the main room. 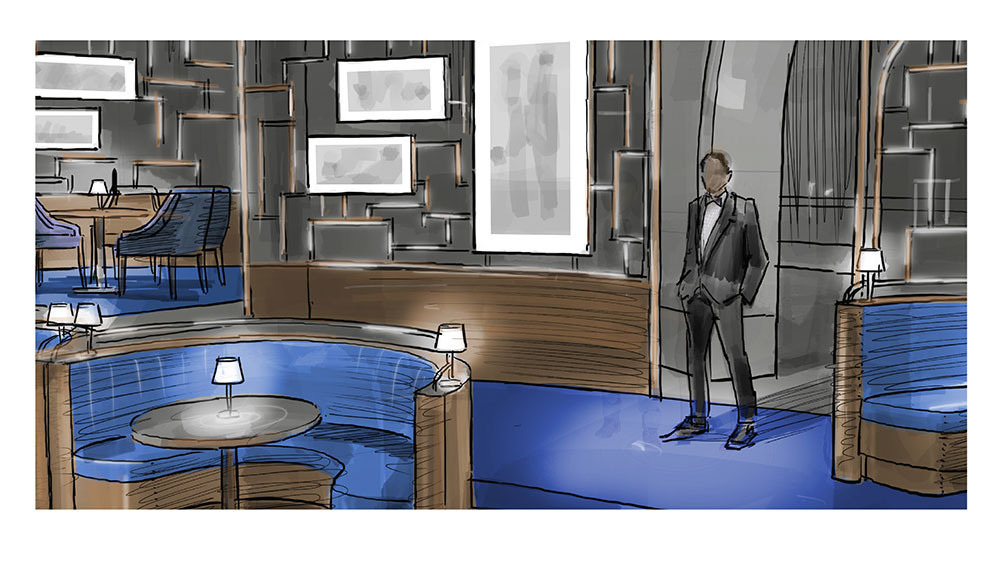 Inside, a gallery of screens will wrap around the main room.  Photo: Courtesy of Rockwell Group

Union Station presented its share of challenges for Rockwell, too. Because it’s an historic landmark, nothing can be attached to the ceiling or walls. So lighting and sound have to be localized to the individual tables where a nominee and their guests sit. Rockwell promises the lamps will have a bit of “Oscar bedazzle” on them.

The stage itself will be placed over the top of the room’s 110-foot walnut ticket booth, and coupled with a big blue curtain that matches the building tile. Is it going to be the most over-the-top Oscars setting to date? No, but that’s not really the point. “It’s not about spectacle,” Rockwell says. “It’s very much about storytelling.” It’s safe to say that this 2021 setting, and the ceremony itself, will have a tale behind them that no other awards celebration can claim.