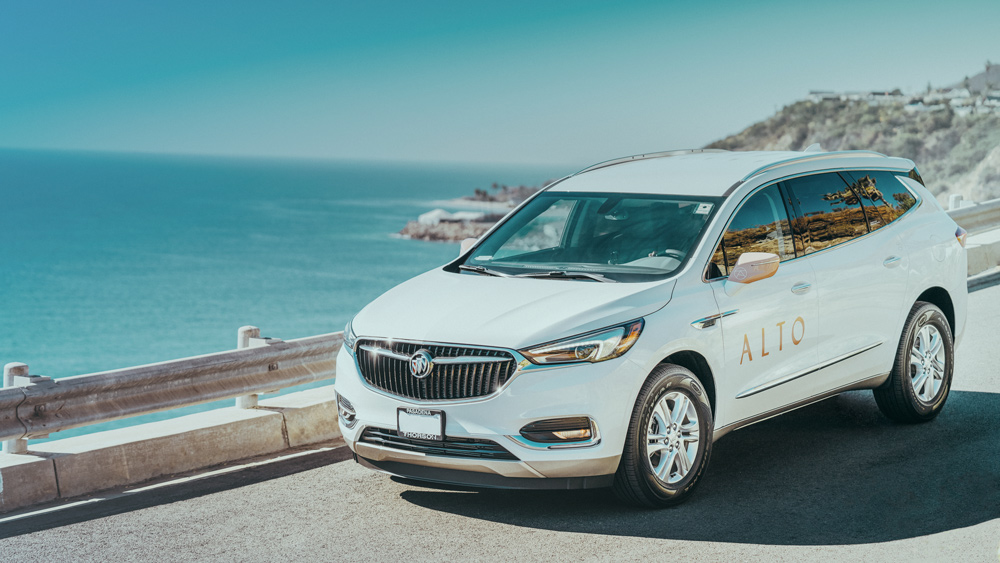 Early examples of any innovation, while groundbreaking by definition, are usually followed by next-gen versions that have been fine-tuned to offer greater refinement in execution. The relatively new, and exponentially expanding, ride-sourcing industry is no exception. Since Uber basically created the market space in 2009, a legion has followed operating from similar platforms, driving the traditional taxi business dangerously close to obsolescence.

With its widespread adoption, both on the part of passengers and drivers, has come a glaring lack of standardization and security, leading to inconsistent quality and increasing incidents of altercations and crime. It was only a matter of time before these issues were addressed, and entrepreneur Will Coleman decided to be the one to do it.

Coleman, a former transportation consultant for McKinsey & Company, launched his solution, Alto, in 2019, eschewing independent contractors and choosing one higher-end model to comprise the entire fleet. Initially limited to the Dallas area, Alto has since spread to Houston and, this past December, to Los Angeles. Coleman explains why he thinks Alto is next-level ride-sourcing and how he’s brought a measure of elegance on board. 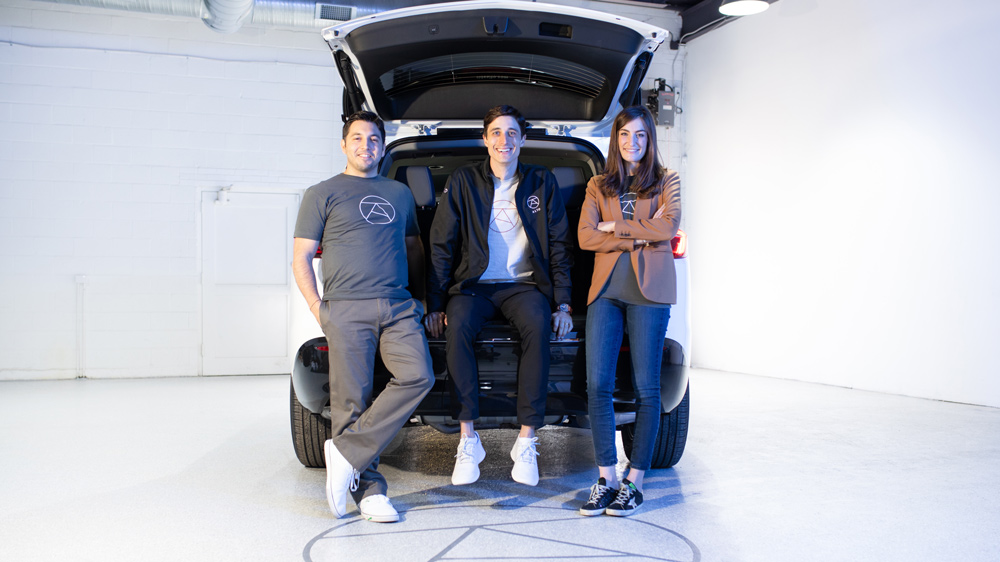 What were some of the failings you noticed with the ride-sourcing model and the opportunities presented?

When we started looking at the rideshare space, back in 2017, we were living in a much different world than today’s Covid reality. But we saw an increasing concern about safety, consistency and quality of experience. While the big players became more available and convenient, we found that women were half as likely to be active riders of Uber and Lyft as men. Most of the women that weren’t riding cited concerns about their personal safety when getting in a car with somebody they didn’t know, the intimate experience of getting picked up at their home and then leaving to go to the airport and having somebody know who didn’t have a lot of connections or accountability to a company.

We also saw that professionals were retreating to more traditional forms of mobility, actually paying more to get back to black cars or limousines. For me, there were private drivers that I found and just stuck with in major cities where I traveled, because I wanted to know that I could be on a conference call on my way to a meeting and not have electronic dance music playing in the background and then get out smelling like cigarettes. All of this came together to present a real consumer opportunity, and allowed us to build something that really met the needs of women, professionals and families. 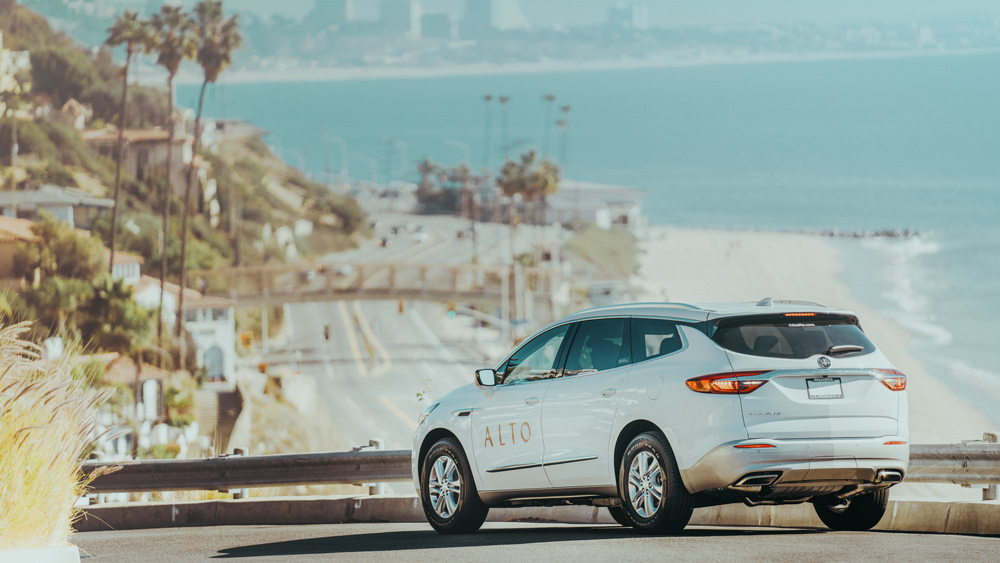 How did Alto get rolling?

We felt like we had to really build the model from the ground up and make some counterintuitive decisions for the brand. Our competitors had said they are not transportation companies but tech companies that connect people. We made the decision very early on to say we’re not a tech company, we’re a service and hospitality company.

What were the initial steps taken to stand apart? 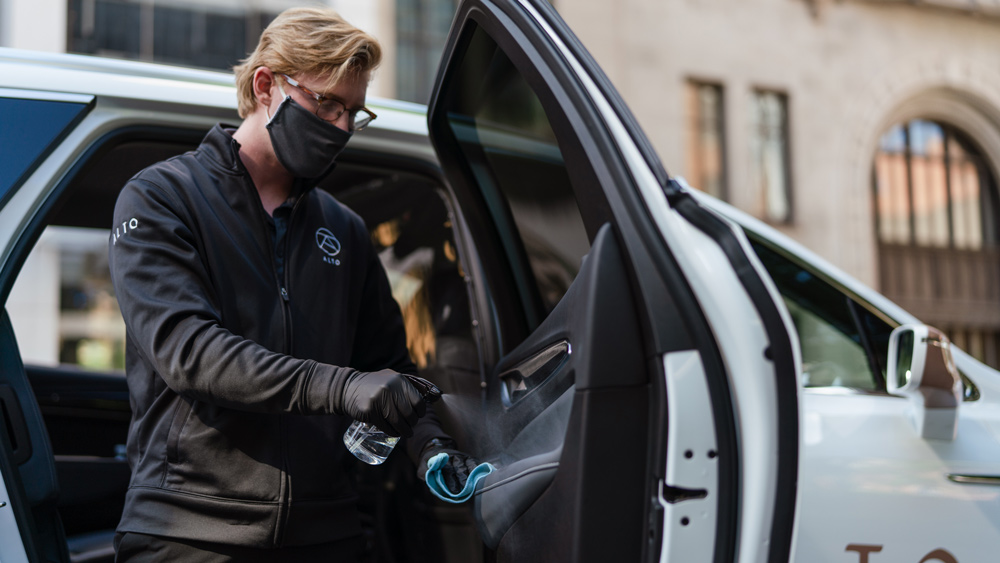 A trained and uniformed driver sprays all surfaces of the car with micro-antibacterial and antiviral coatings.  Photo: Courtesy of Alto.

Explain some of the safety elements that you’ve implemented.

All of our vehicles are outfitted with telematics devices that capture, in real time, not only position, but speed, acceleration, deceleration and g forces. Interior and exterior video cameras capture what’s happening in and around the car, and include facial and eye recognition on the driver that detect distracted driving. We use all this information to create the safest experience on the road, for our drivers and for our passengers. Because our drivers are scored algorithmically, part of their compensation is directly tied to their safe driving behavior.

Are there standard amenities that a customer can expect?

We’ve developed a custom scent so that not only every time you get into an Alto it’s the same type car, but you have that sense of place through smell. We’ve developed custom lighting for every vehicle, because we know that lighting and scent, together, really create this sense of place. Then we took our technology beyond just allowing customers to book the ride in our app, we wanted the app to really integrate into the experience and become their remote control. Customers are able to change the lights, put their driver on Do Not Disturb and change the music and volume in the car—all without interacting with the driver. What we ultimately wanted was for people to feel like they weren’t getting into someone else’s car when they called an Alto, they were getting into their car. And you can customize settings even before getting picked up, so the car arrives just the way you want it. 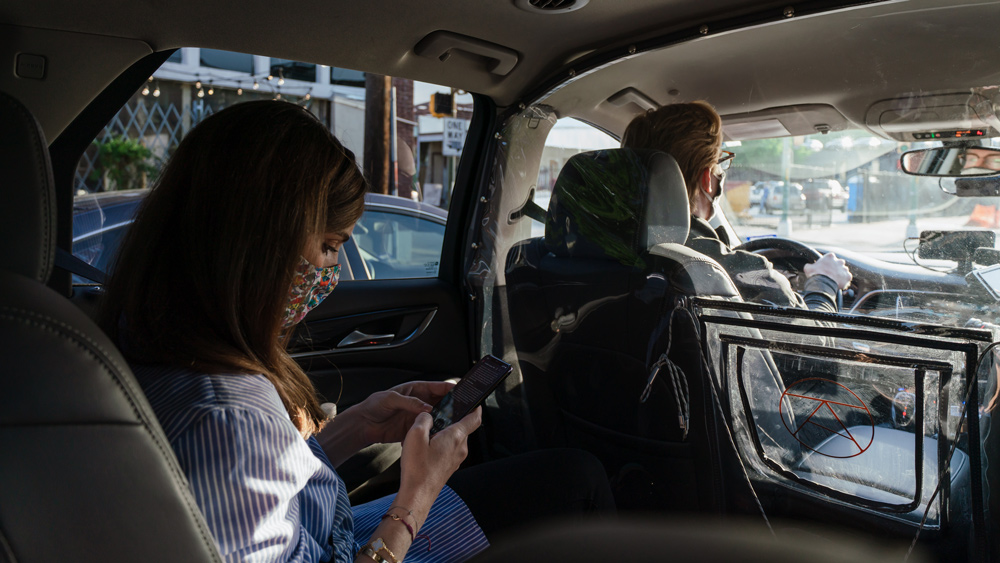 Each Alto vehicle is equipped with a HEPA air filter and an acrylic glass barrier between the passenger and driver compartments.  Photo: Courtesy of Alto.

What automaker and model did you select for Alto, and why?

We only have one model of vehicle, whether you’re in Los Angeles, Dallas or Houston, which are our current markets. They’re all Buick Enclaves, a midsize SUV that we selected, essentially, for three reasons. The first is safety. It’s a five-star crash-rated SUV for both passenger and driver compartments from side, front and rear.

The second reason is really the luxury. It’s not the most luxurious car on the road, but it’s appointed with leather and captain’s chairs, it’s easy to enter and exit and it’s low enough that it’s not ostentatious but big enough that you can easily fit four or five adults. And then it came down to function. Because we have a single fleet, we needed to know that it would work for anyone from a business person by themselves who needs Wi-Fi and electrical outlets to the family going to the airport who needs cargo space to be able to take all of their bags. We remove all the Buick badges off the outside, though, and replace them with Alto logos, because we really think that you’re getting into an Alto and want you to think about it that way. 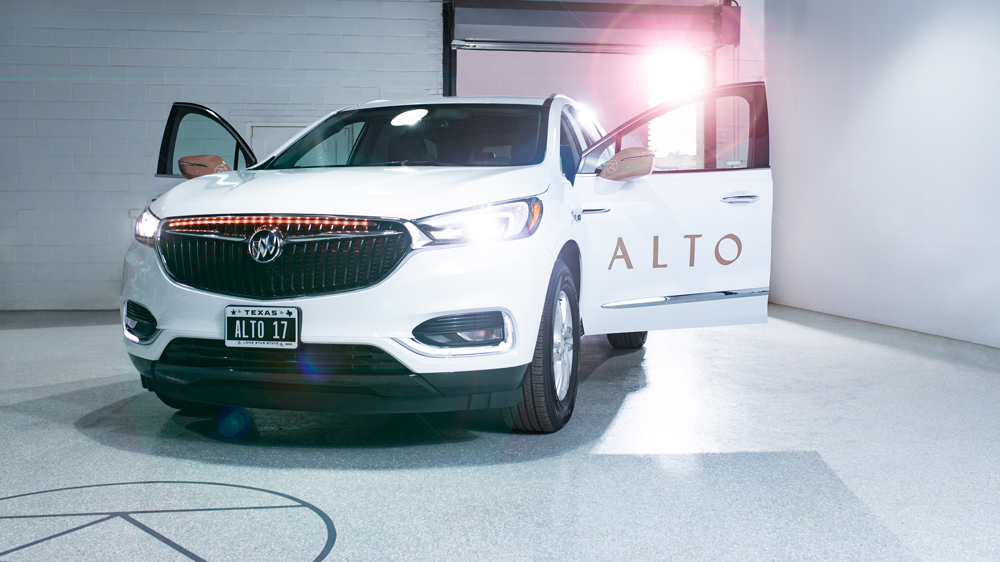 The Alto fleet is comprised solely of the Buick Enclave midsize SUV.  Photo: Courtesy of Alto.

How does the membership platform work?

This was a product that we wanted to build a community around and wanted a way to, again, differentiate ourselves from our competitors. Membership for us is really about a joint commitment from Alto and our customers around engagement. What that means is that by being an Alto member, which costs $12.95 a month or $99 a year, you have exclusive access to the fleet during periods of high demand, which allows us to not have things like surge pricing. Guests, as we refer to those who don’t have a membership, are subject to availability and pay 30 percent higher fares, but they are blocked during periods of high demand.

How are your drivers screened and trained?

We’re very selective about people’s backgrounds and experience before we bring them on. All of our drivers go through an extensive drug-screening process and fingerprint-based background check. Then they go through instruction on hospitality as well as take a nationally syndicated defensive driving course. And then they’re paired with another driver for their first day on the road to make sure they’re ready. 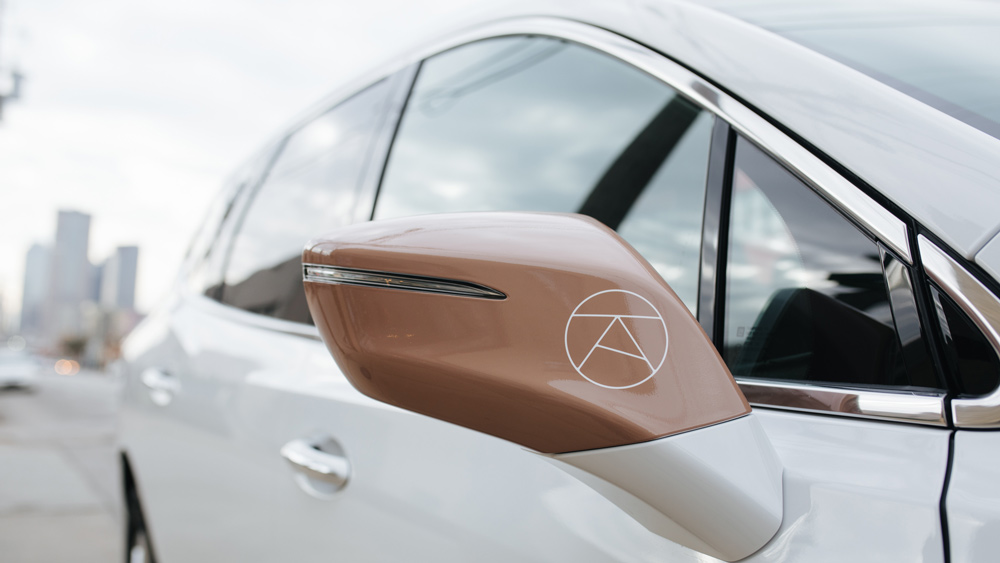 Take us through the Alto experience as a customer.

After downloading our app, and hopefully becoming a member, you’ll order your ride. And that experience is meant to be clean, simple and reduce anxiety since we have a 10- to 15-minute pickup promise. And your driver will never leave you but stay until you’re ready. Whether while waiting for your car or when you get in, you can set your vibe—music from a set of curated playlists and your interaction level with the driver.

Then you’re off to your destination surrounded by the Alto scent and the latest Covid protections, such as a Plexiglas barrier between the passenger and driver compartments, drivers wearing personal protective equipment and the use of EPA-registered disinfectant, electrostatic-sprayed micro-antibacterial and antiviral coatings on all surfaces and HEPA air filters in every single car. People are really excited to resume some sense of normalcy, but they want to do it in a safe way. We know that you need to move in order to move forward, and we’re here to create remarkable journeys. 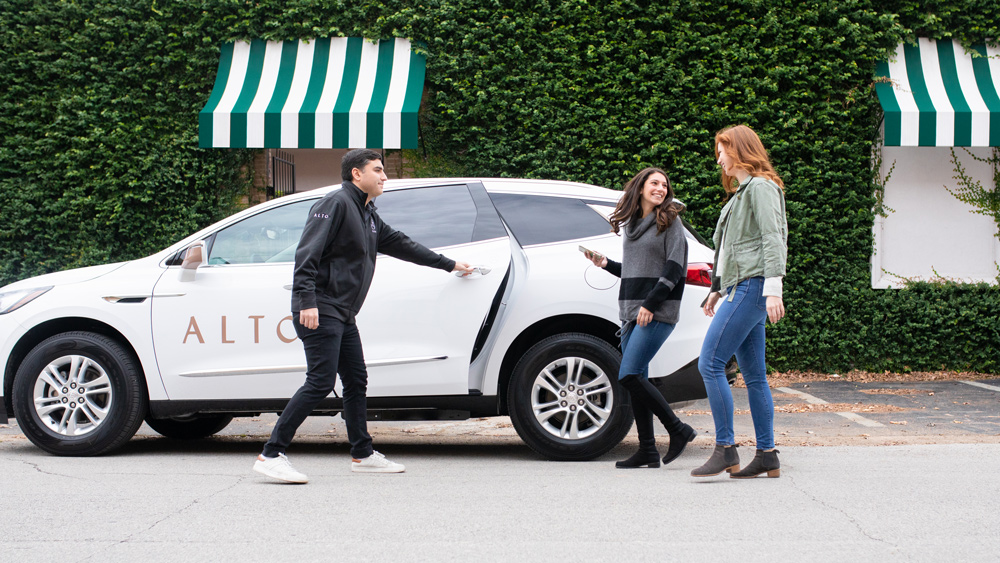 Alto promises a pickup time of no longer than 15 minutes.  Photo: Courtesy of Alto.

What are your future plans for expansion?

We opened in Houston and Los Angeles right towards the end of 2020, so our team is just laser-focused on nailing those launches and growing those markets for the next few months. But we want to be the most trusted brand in mobility around the US and, someday, around the world. Look for Alto in another four to six cities in 2021, and in every major metropolitan area around the US by 2025.