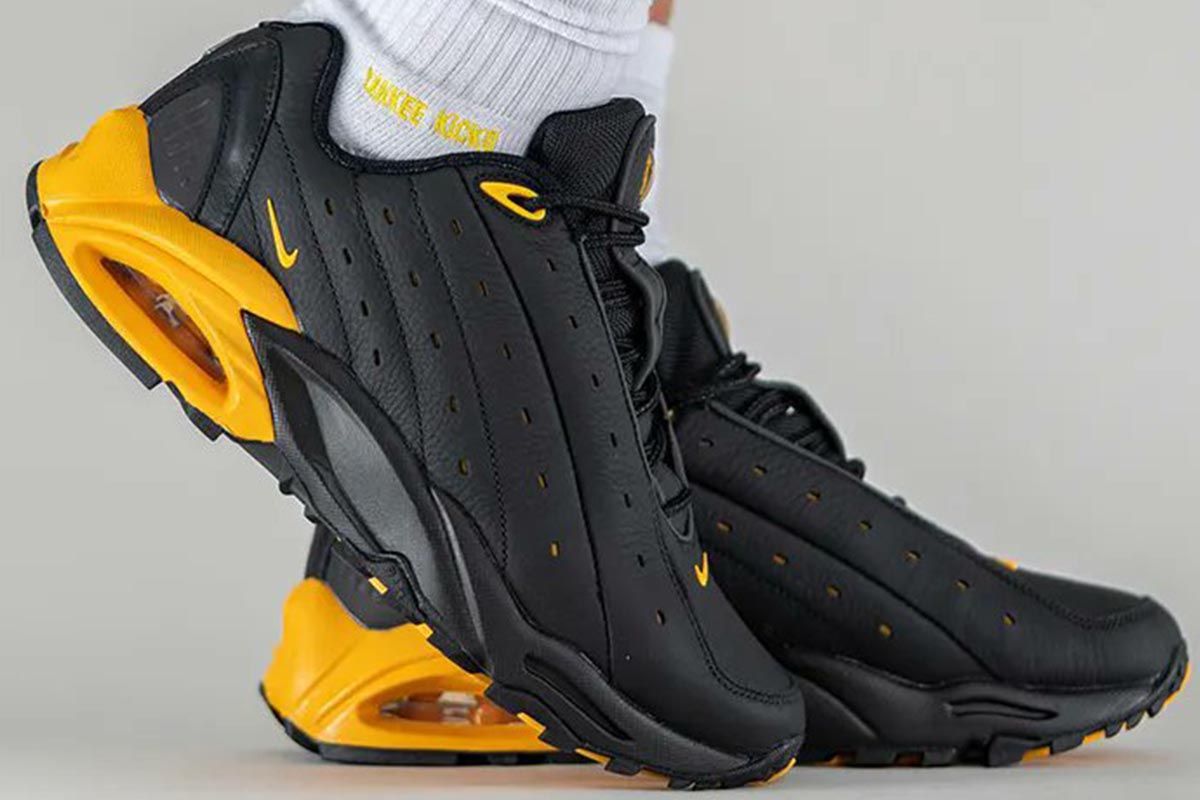 No, no new music, but it’s looking like Drake is ready to heat up the streets ahead of summer as the NOCTA x Nike Hot Step Air Terra makes its return in two new seasonal palettes.

Following a teaser campaign that felt like it went on forever, earlier this year, we finally received the debut of Drake’s first sneaker under NOCTA in the form of the Hot Step Air Terra. Arriving as a monochromatic two-piece, it’s fair to say that the release divided the community, with many comparing the silhouette to models from K-Swiss and FILA, while others shared nothing but praise.

I can certainly admit to having somewhat of a marmite perception of the shoe, having initially taken a disliking to them before slipping into a black pair of my own – they’re a grower, for sure.

Now, it looks like Drizzy is ready to expand his sneaker portfolio with an additional two colorways of the silhouette, both of which inject a dose of color into NOCTA’s blank slate.

Keen eyes will recognize the first of the two pairs as it was teased by Drake on Instagram prior to the sneaker’s debut – taking the blacked-out pair and filling the heel, branding hits, and 3M reflective underlays in a deep yellow, this render is like the Lamborghini of NOCTA.

The second pair is as summery as a palette could possibly get, dressing the full length of the shoe in a lilac-like shade of purple, which takes on a deeper saturation around the sole, with touches of even paler shades and grey offering subtle contrasts.

As of yet, official release details remain a mystery, however, it seems likely that both pairs will arrive in time for summer at a price point of $180.