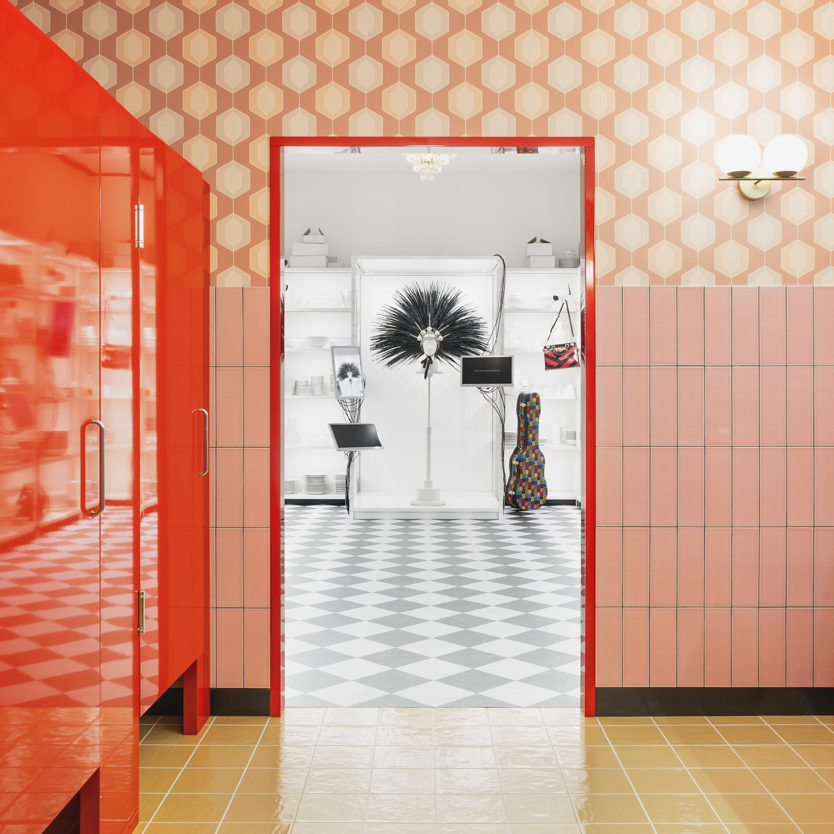 In celebration of 100th anniversary of the house’s founding, Gucci‘s creative vision and legacy is recreated through Gucci Garden Archetypes, an immersive multimedia world curated by creative director Alessandro Michele.

When a fashion house such as Gucci does exhibitions, one can expect to see elaborate designs combined with technology and perfectly-thought-out sequencing. Ark-builders, intergalactic explorers, angels, dancers and fauna make up the kaleidoscopic world of Gucci. For fans of Gucci, the exhibit will be a deciphering game and memoir, where one may catch a glimpse of the music, art, travel and pop culture that has left its marks through Gucci’s campaigns and history.

The inspirations behind Gucci Garden Archetypes

The key lies in the exhibition’s name: Archetype. Gucci Garden Archetypes is a metaphor and a physical space aimed to capture the originality and unrepeatable Gucci moments that have passed but never forgotten. Gucci Garden Archetypes offers spaces that reflect Alessandro Michele’s visions, with everything from hand-crafted details that complement the themed spaces and corridors – building a world where 15 selected Gucci campaigns are brought to life. In one room, for instance, visitors will be immersed in a scented imaginary garden of Gucci Bloom, while the room showcasing Pre-Fall 2018 which pays homage to the Parisian youth of ‘May 68’ is captured by a graffitied stairway.

“I thought it was interesting to accompany people in these first six years of adventure, inviting them to cross the imaginary, the narrative, the unexpected, the glitter. So, I created a playground of emotions that are the same as in the campaigns because they are the most explicit journey into my imagery,” says Michele, curator of the exhibition.

Amongst the highlights is the Autumn-Winter 2018 campaign, which fills the space from floor to ceiling with shelves stacked with thousands of cased butterflies, cuckoo clocks and colourful wigs. Then there’s the museum-style diorama that takes visitors to outer space – reminiscing back to the Autumn-Winter 2017 campaign in Tokyo.

According to the press release for the exhibition, “Visitors can even enter a mirrored labyrinth to go inside a stately home like the one at the heart of the Cruise 2016 campaign, take a trip through the breathtaking world of Cruise 2019’s epic community of ark-builders, and ride on an LA subway carriage like the one that made an appearance back in the Fall Winter 2015 campaign, the first by Alessandro Michele.”

For those who are unable to travel (as most of us are), fret not. You can also enter the digital realm of the exhibition and walk through all the different parts of the Gucci Garden exhibit. The tour with an audio guide, ambience noise and a beautiful pink-hued interface (matching the exhibition’s playful palette) that partially make up for the lack of physical interaction. It may not be the real thing, but this virtual tour is also an enjoyable venture one can go on a weekday afternoon as a change of scene.