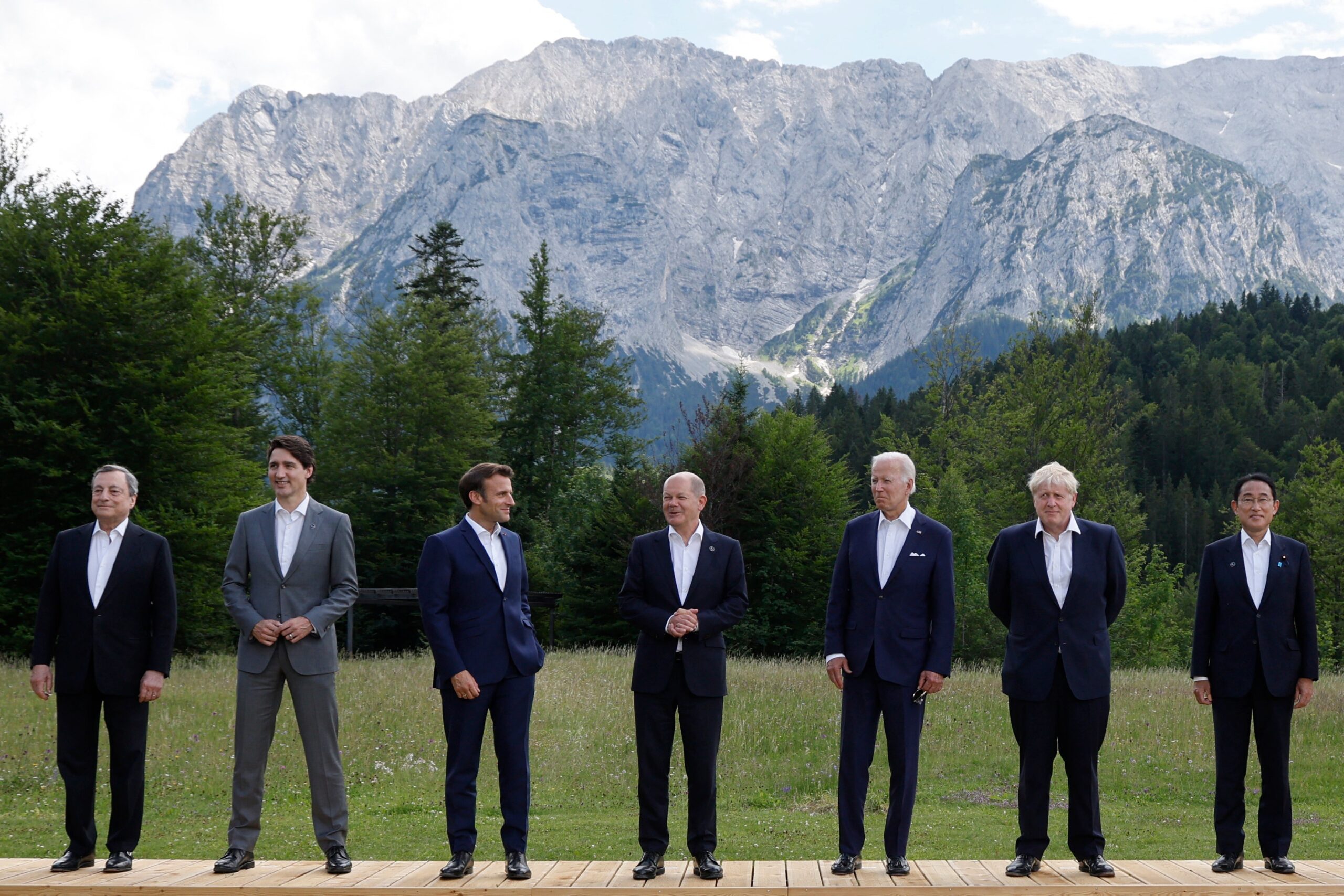 High up in the Bavarian Alps this weekend, the leaders of the Group of Seven nations reached a new international agreement on the politics of neckties: don’t wear them.

When the leaders of Canada, France, Germany, Italy, Japan, Britain and the United States convened against the pastoral mountain-range backdrop at Elmau Castle in southern German for their customary “family photo,” all seven opted to wear jackets without ties, marking the first time in forty years this has happened. (President Biden, Bloomberg reports, wore his “trademark aviator sunglasses” en route to the site, but removed them for the picture.)

It’s worth noting that the G7 leaders have mostly worn ties during the rest of their summit duties this year. But the fall of the tie among politicians has been a long time coming. Symbolizing both casual, man-of-the-people bonhomie and pushing up one’s shirtsleeves to get to work, the no-tie look has been embraced by everyone from Tony Blair to President Obama (Trump, as in all things, was an exception to the trend)—you might even call it neoliberalism incarnate.

The dress choices of politicians can reflect the times: Many conflate the election of John F. Kennedy, who did not usually wear a hat (“He doesn’t even wear a hat!”), with the general fall of hats from favor among American men. However, the current men’s fashion week in Europe featured an abundance of ties: rakishly askew at Comme des Garçons, fat and short at Kenzo, dapper and cinematic at Yohji Yamamoto, and professional and crisp at Dries Van Noten. Even John Elliott, who is most famous for his hoodies and sweatpants, is getting into the tie game. But no one did the tie better than Prada, where they looked so handsome and cool it made wearing a tie seem fun again.

So while the tie may have been absent from G7, a casualty of our dressed-down wardrobes, it might just be going the way of the suit: No longer required, and thus just another exciting outfit choice to make.