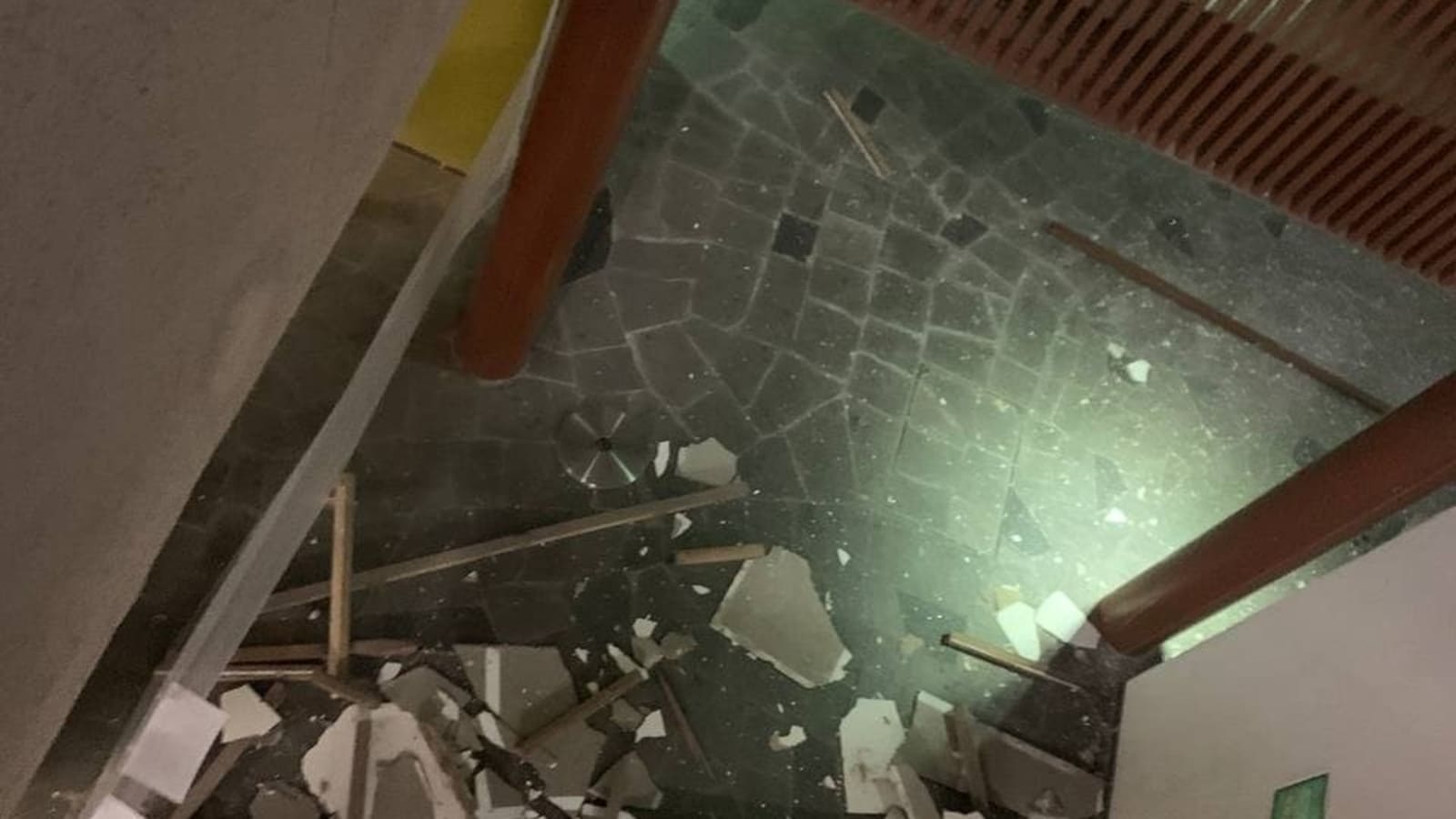 SINGAPORE: A false ceiling collapsed at the Nanyang Technological University (NTU) campus, falling on to a glass ceiling several levels below and causing it to shatter.

The incident, which occurred on Monday (Feb 14), happened at NTU’s South Spine, between the S3 and S4 blocks.

Photos sent to CNA by a reader showed debris from the collapsed ceiling spread across various areas, including a pathway leading to tutorial rooms and a walkway at the foot of the building.

The reader, who did not want to be identified, said she was concerned that something similar would happen to the remaining parts of the ceiling.

“I shudder to imagine what would happen if someone had been walking below when this happened.”

Responding on Friday to queries from CNA, the university confirmed a false ceiling had given way at Basement 1 of the building.

“A defect on this false ceiling had been detected during a routine inspection a few days before the incident happened,” said an NTU spokesperson.

“The area beneath it was immediately condoned off, while arrangements were being made to check the ceiling with the required manpower and equipment to reach the height, and to remove the false ceiling, if necessary,” he said.

However, the false ceiling gave way before the investigation could take place, the spokesperson said.

“No injuries were reported, and the area remains cordoned off, while repair works are underway,” he added, noting the building remains structurally sound.

Similar false ceilings in other parts of the campus are being checked to ensure safety across all NTU buildings, he said.

“The university will continue to take action on safety matters as soon as they are identified, including making necessary repairs or improvements.”