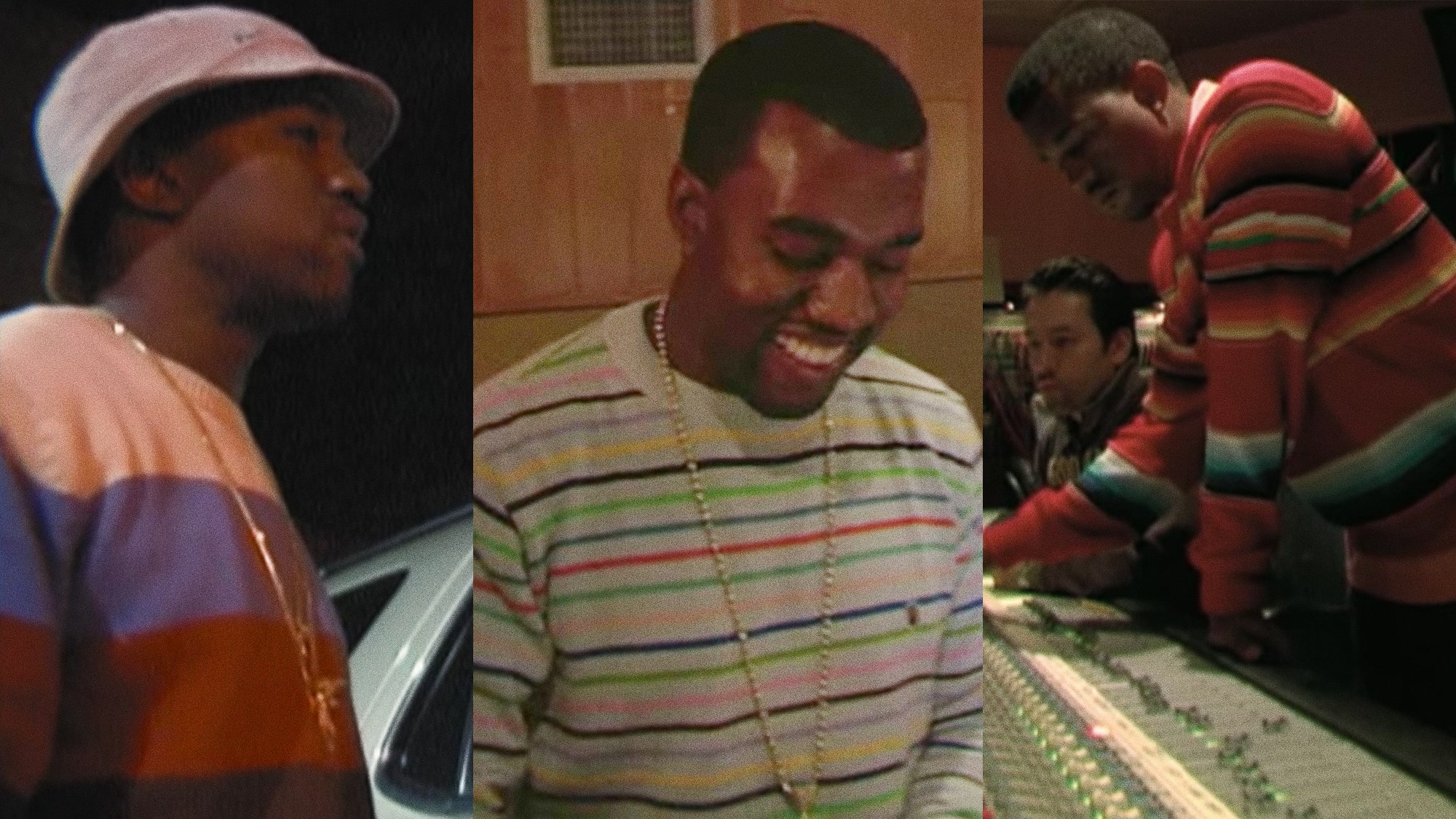 I promised an exhaustive guide of sweaters and sweatshirts and that’s what we’re here to deliver. Remember that this is Ye: he didn’t just show up in a sweatshirt, get hot, and decide to take it off. This was the look! The sweatshirt-over-the-shoulders is a legitimate style maneuver and one very much in line with the rest of Ye’s prep-heavy style at the time.

As a fashion text, jeen-yuhs is a great reminder of how much prep and especially Ralph Lauren dominated during this particular stretch. Ye would go on to become arguably the most influential person in men’s fashion, but in the early 2000s even he succumbed to the fearsome mall triumvirate made up of Abercrombie, American Eagle, and Hollister. In the studio, he layered a polo under this red striped sweatshirt.

Late in part two, we start to see the synergy of prep and streetwear that would come to define the early part of Ye’s career. A cursory glance at this sweatshirt might not reveal much, but look closer and you’ll spot the A Bathing Ape logo on the chest. No surprise that this sweater appears after Ye starts mingling with Pharrell, a buddy of Bape founder Nigo.

This isn’t a sweater or sweatshirt but it is cozy outerwear, and it’s appearance in jeen-yuhs is so memorable and beautiful it has to be included here. So feast your eyes upon Ye wearing an Abercrombie & Fitch hoodie.

Finally, confirmation that Ye and I had the same taste while I was in high school. Turns out, whether you’re trying to get signed to Roc-A-Fella records or simply show off to your fellow 14-year-olds, Abercrombie is the answer.