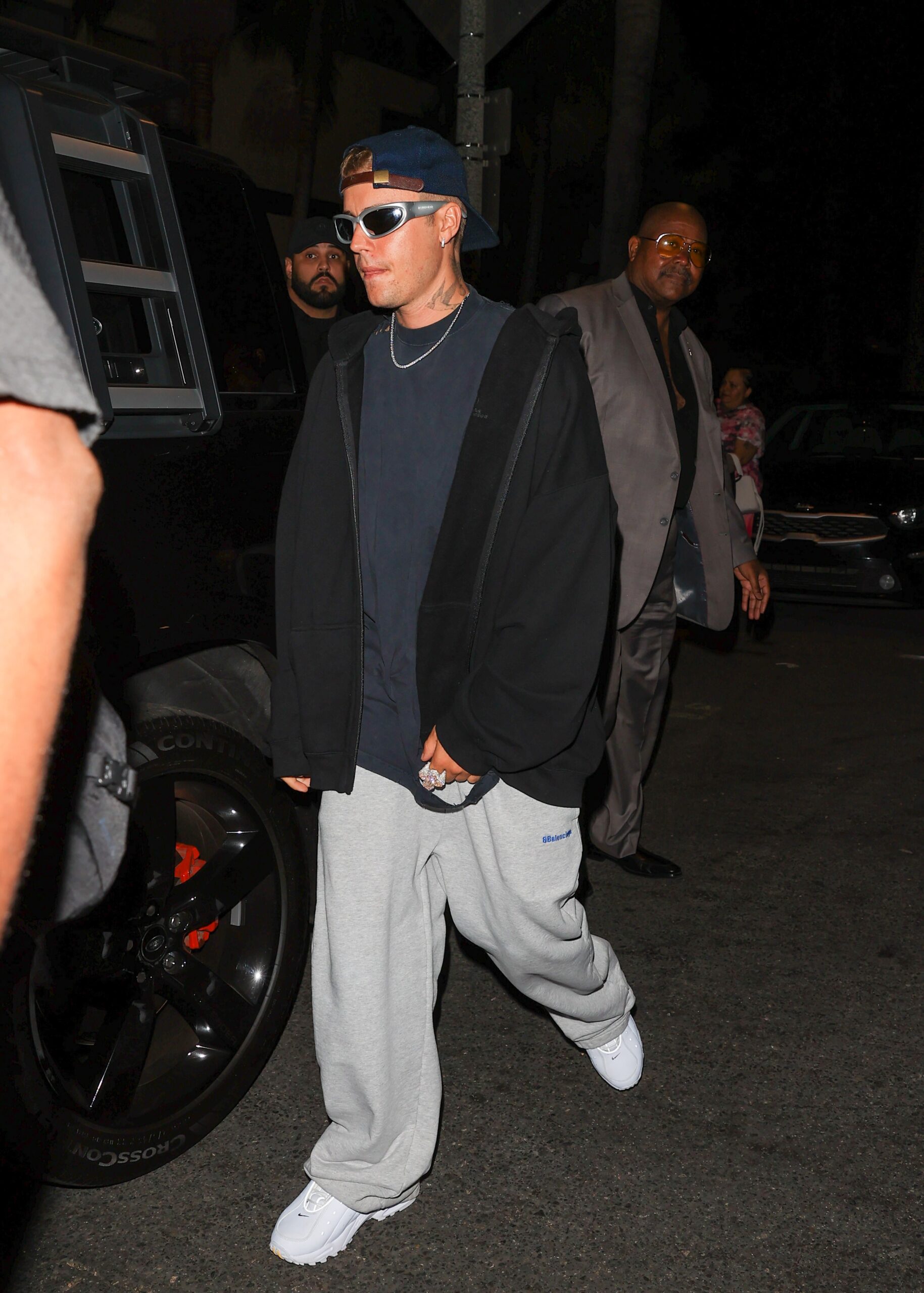 We’ve spent a lot of time over the last two years talking about house clothes—ratty T-shirts, roomy sweatpants, footwear with just enough substance to get us from the house to maybe the grocery store and then back home again. These are the pieces we reach for without thinking too much, that don’t really even need to look that nice, because who’s really going to see them anyways?

But for Justin Bieber, cozy fits are a way of life, and also because he is Justin Bieber, even his comfy clothes are designer. (For all of these reasons, his house clothes are also his everywhere clothes.) Take the outfit he wore to a church service with his wife Hailey on Wednesday night in Beverly Hills, swaddled in a pair of very baggy Balenciaga sweats, a tattered tee under a hefty leather jacket (the man loves a summer coat), and a clean pair of his pal Drake’s Nocta Hot Step Air Terras, which he accessorized with a pair of bonkers Balenciaga glasses and a truly giant diamond ring shaped like a cross. Call it the thinking pop superstar’s cozy fit.

Certainly, a comfy fit makes sense for the circumstances. Bieber’s been laying low the last few weeks since updating fans on Instagram that he’s been suffering some health complications from Ramsay Hunt syndrome, a viral infection that can cause temporary facial paralysis. He’s currently on hiatus from his Justice world tour, which is slated to pick back up in Italy at the end of July.

But JB also has a thing for categorically huge Balenciaga fits, in no small part because he works with the brand. He’s starred in a whopping four campaigns for the French fashion house since last summer, joining creative director Demna’s motley crew of eclectic celebrity ambassadors alongside Ye, Kim Kardashian, and the prestige French actress Isabelle Huppert. He also wore an enormous Balenciaga suit (paired with an even enormous-er pair of Balenciaga HardCrocs) to the Grammys back in April, and has been sporting many of Demna’s most, ahem, swaggy offerings onstage during his tour. Even in his downtime, the swag can’t stop.