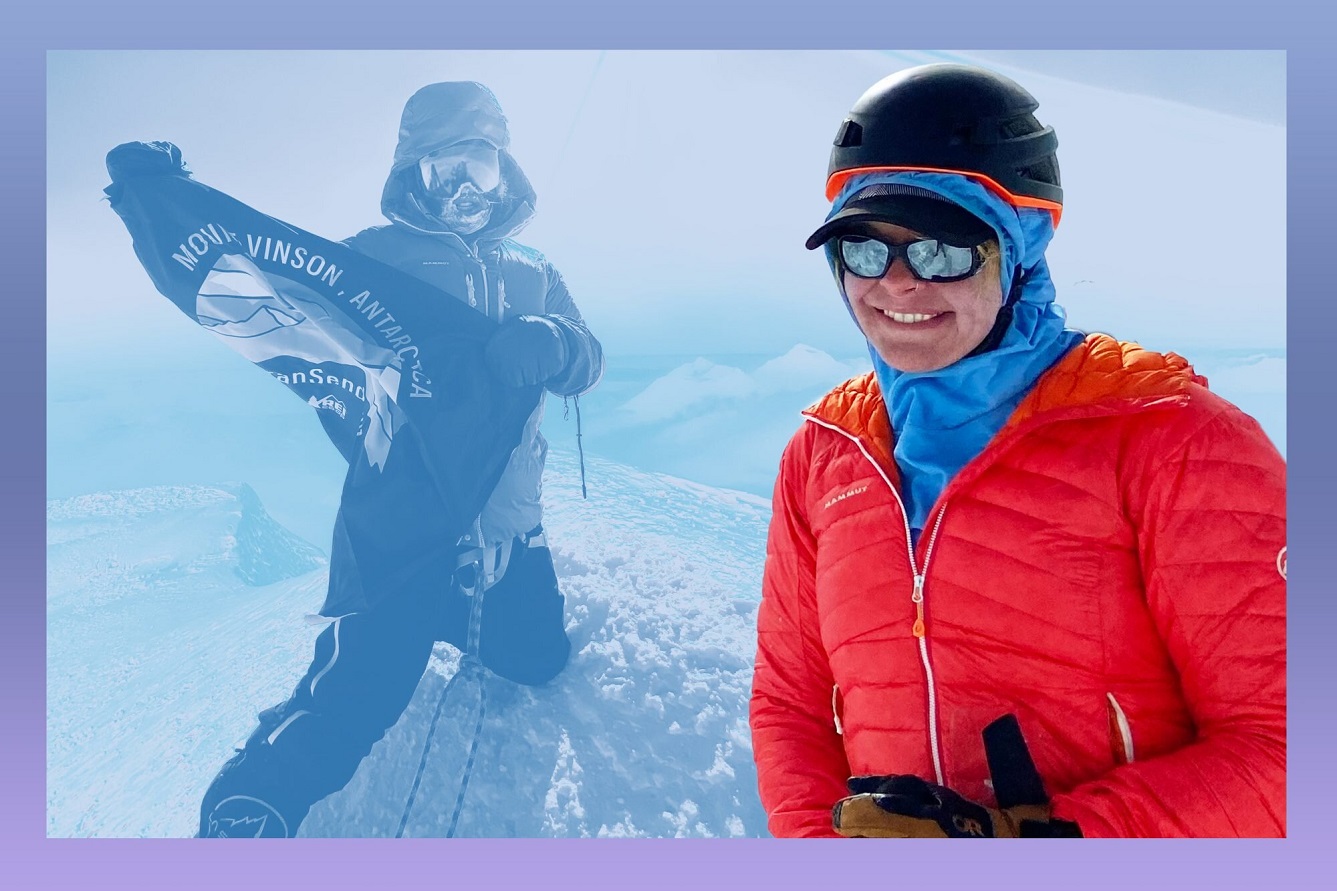 The trans pride flag has now been flown at the top of five of the world’s tallest mountains, thanks to climber Erin Parisi. Just before the New Year, she became the first known transgender athlete to summit Vinson Massif, Antarctica’s tallest peak — and one of the most remote climbs in the world. She’ll soon attempt Denali and Mount Everest, on a mission to be the first trans woman to climb all of the Seven Summits.

“I was dancing and I had a big smile,” Parisi says of her reaction to reaching the summit amid windchill of -46° Celsius. “I was screaming, ‘I got it, I got it!’” It was an incredible experience that required hard work — it took four days to climb the mountain, plus weeks of navigating quarantine, travel restrictions, and COVID tests just to get to Antarctica, she says.

Only about 2,000 people are known to have climbed to the top of Mount Vinson, and Parisi believes trans representation on the mountain was long overdue. She climbed with outfitter Climbing the Seven Summits and on behalf of a non-profit she founded in 2018 called TranSending, whose mission is to increase the visibility of trans athletes — and to make sports safer and more inclusive. At this point, Parisi has summited Aconcagua in Argentina, Mount Elbrus in Russia, Mount Kosciuszko in Australia, and Mount Kilimanjaro twice. All that’s left now is Denali in Alaska, which she plans to attempt for a second time this May, and Mount Everest.

Fueled by her own experiences, Parisi wants to raise awareness about bans in states across the USA that prevent trans students from participating in school sports teams that align with their gender. There are devastating, lifelong consequences to preventing kids from fostering a love for athletics and the outdoors at a young age, she says. “They’re missing developmental opportunities in schools and youth leagues,” she says. “That debate openly stops trans people from having a lifetime of fitness, because you’re stopping it in the youngest possible place that you can.”

Parisi applauds families who have challenged the bans in court, in spite of major backlash and invasive news articles. “Keep it up, mom and dad,” she says. “I want them to just keep up the fight. They are truly their child’s fiercest advocate, and we should all learn from those types of people that have really stepped forward and protected and stood up for their child in such a way.”

Parisi’s own accomplishments highlight why it’s so important that everyone has access to athletics. She’s been a climber since long before she transitioned in 2016, but at first, she worried she’d have to give it up after coming out. She hadn’t read celebratory stories about trans athletes — news coverage was dominated by stories about people getting attacked or killed.

She hopes her adventures with TranSending will add a dose of positive news to the mix. “I just felt like it was my time to tell my story and go on my journey,” she says. “Nothing I’d ever seen out there was like my story or my journey or what I wanted my journey to look like.”