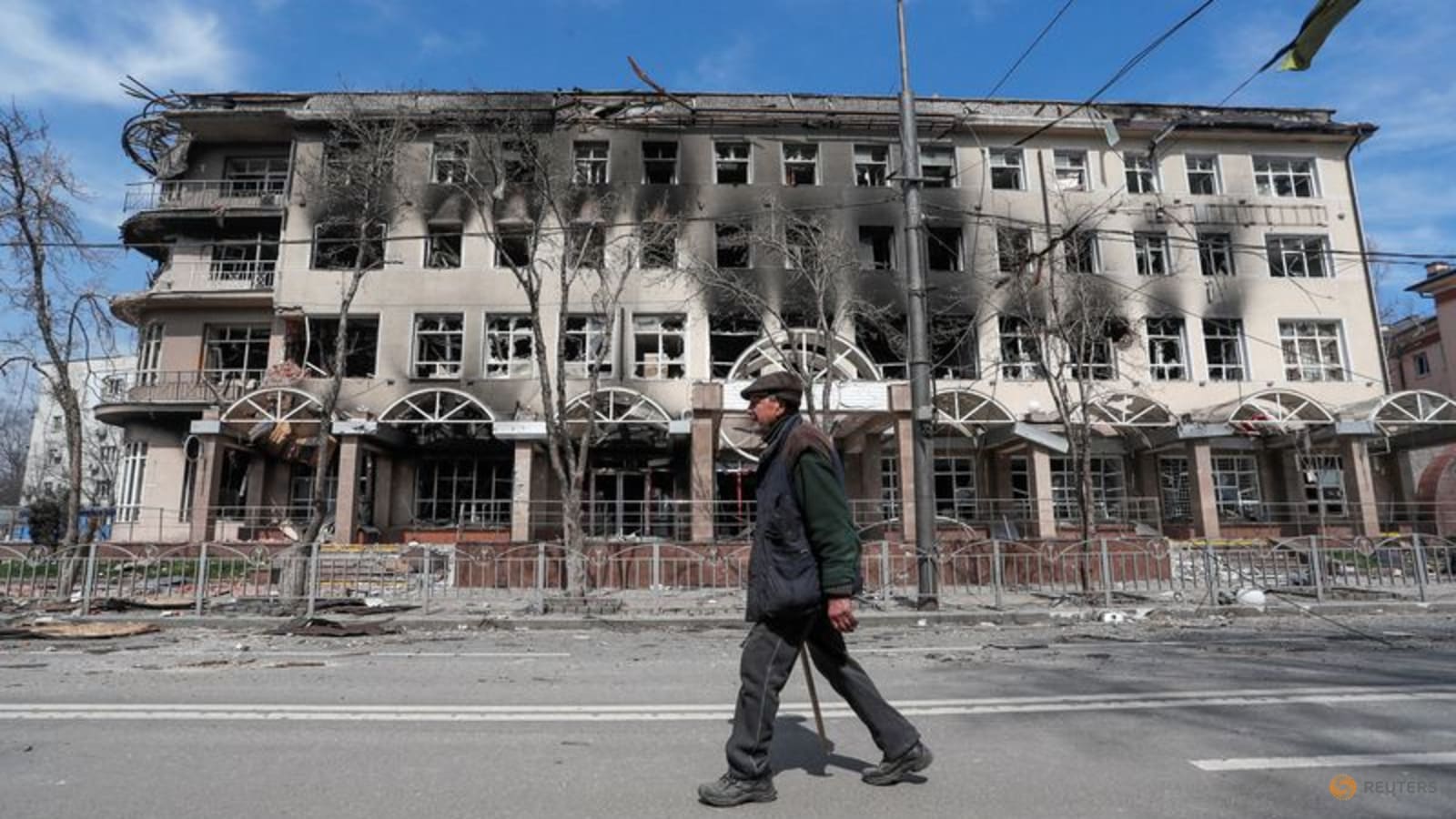 LYIV: Ukrainian troops have repulsed several Russian assaults in the country’s east, the focus of a new offensive by the invading forces, British intelligence said on Monday (Apr 11), while President Volodymyr Zelenskyy said this week will be crucial to the course of the war.

Austrian leader Karl Nehammer planned to meet Russian President Vladimir Putin in Moscow on Monday and will call for an end to the conflict. It would be Putin’s first face-to-face meeting with a European Union leader since Russia’s invasion started on Feb 24.

Russian forces were also pushing their offensive to establish control over the southern port city of Mariupol, a key target whose capture would link up areas of Russian control to the west and east.

The Russian invasion has left a trail of death and destruction that has drawn condemnation from Western countries and triggered concern about Putin’s broader ambitions.

About a quarter of Ukraine’s 44 million population have been forced from their homes, cities turned into rubble, and thousands of people have been killed or injured – many of them civilians.

Russian forces have abandoned their attempt to capture the capital Kyiv but are redoubling their efforts in Ukraine’s east. Britain’s defence ministry said Russian shelling continued in the Donetsk and Luhansk regions.

Ukrainian forces had beaten back several assaults and destroyed Russian tanks, vehicles and artillery equipment, it said in its regular intelligence bulletin.

Powerful explosions rocked cities in the south and east and air raid sirens blared out across Ukraine early on Monday.

President Zelenskyy kept up his tireless campaign to generate international support and rally his countrymen, warning the coming week would be important and tense.

“Russian troops will move to even larger operations in the east of our state. They may use even more missiles against us, even more air bombs. But we are preparing for their actions. We will answer,” he said in a late night video address.

He was due to address South Korea’s parliament by videolink on Monday.

The general staff of Ukraine’s armed forces said it was likely the Russians would try to disrupt supply lines and strike at transport infrastructure.

Russia’s defence ministry said high-precision missiles had destroyed the headquarters of Ukraine’s Dnipro battalion in the town of Zvonetsky.

Reuters could not immediately confirm the reports.

Austrian Chancellor Nehammer said he would meet Putin on Monday in Moscow.

“We are militarily neutral, but (have) a clear position on the Russian war of aggression against #Ukraine,” Nehammer wrote on Twitter. “It must stop! It needs humanitarian corridors, ceasefire & full investigation of war crimes.”

Since Russia invaded, Zelenskyy has appealed to Western powers to provide more defence help, and to punish Moscow with tougher sanctions including embargoes on its energy exports.

Zelenskyy said he had confidence in his own armed forces but “unfortunately I don’t have the confidence that we will be receiving everything we need” from the United States.

Ludmila Zabaluk, head of the Dmytriv Village Department, north of Kyiv, said dozens of civilian bodies were found in the area.

“There were more than 50 dead people. They shot them from close distance. There’s a car where a 17-year-old child was burned, only bones left. A woman had half her head blown off. A bit farther, a man lying near his car was burned alive.”

Reuters could not immediately confirm the reports.

Moscow has rejected accusations of war crimes by Ukraine and Western countries.

French bank Societe Generale became the latest company to retreat from Russia, agreeing to sell its stake in Rosbank and the Russian lender’s insurance subsidiaries to Interros Capital, a firm linked to billionaire Vladimir Potanin.

The Russian invasion has triggered a barrage of financial sanctions from the United States, Europe and Britain, prompting Western companies to sell their Russian assets.

SocGen had faced mounting pressure to cut ties with Russia and end its more than 15-year investment in Rosbank.

The World Bank on Sunday forecast the war would cause Ukraine’s economic output to collapse by 45 per cent this year, with half of its businesses shuttered, grain exports mostly cut off by Russia’s naval blockade and destruction rendering economic activity impossible in many areas.

The bank forecast Russia’s GDP would contract by 11.2 per cent this year due to punishing Western sanctions.