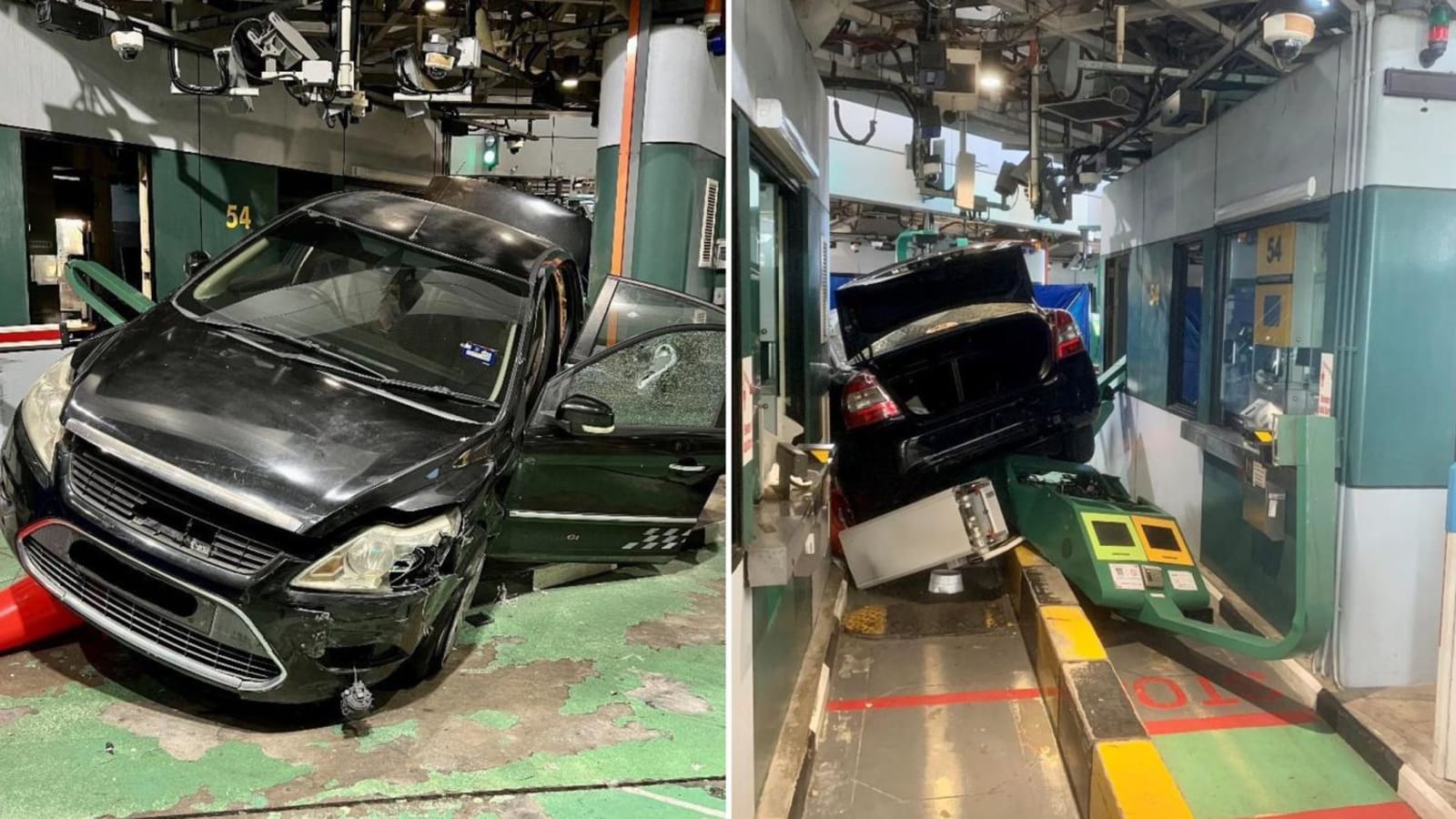 SINGAPORE: A driver and two passengers were charged in the State Courts on Saturday (Apr 9) after crashing into the counters at Tuas Checkpoint while trying to evade departure clearance.

Singaporean Teo Thiam Leng, 46, the driver of the Malaysia-registered car, was charged with dangerous driving in the incident that took place early on Friday morning.

He is accused of reversing his vehicle at the motorcycle arrival zone of Tuas Checkpoint and hitting an Immigrations and Checkpoints Authority (ICA) officer, causing hurt.

He was also given a charge of abetting the importation of 33g of methamphetamine into Singapore in 2016.

The court heard that Teo has a previous conviction for drug-related offences. In 2007, he was sentenced to five years’ jail and five strokes of the cane for trafficking ketamine.

The ICA said on Friday that Teo was wanted by the police and Central Narcotics Bureau.

The two passengers, 35-year-old Chinese national Chen Songqing and 31-year-old Vietnamese national Ho Thi My Nhung, were each given one charge of criminal trespass.

Teo and Ho have been remanded for investigations. Chen, who is in hospital, will also be remanded after his discharge. All three are set to return to court next week.

The trio were arrested after trying to enter Singapore in the early hours of Friday morning.

According to the ICA, they evaded departure clearance at Malaysia’s Komplex Sultan Abu Bakar at about 2.15am.

The car then sped towards Tuas Checkpoint while being pursued by Malaysia’s Traffic Police.

An auxiliary police officer deployed at the entrance of Tuas Checkpoint towards Malaysia spotted the speeding vehicle and activated the alarm, locking down the checkpoint.

To “circumvent” the lockdown, ICA said the driver attempted to “force his way into Singapore” through the automated motorcycle clearance lanes.

“However, the lanes were too narrow and the vehicle was incapacitated after crashing into the counters,” said the authority, adding that an ICA officer suffered an abrasion on his right ankle in the process.

Chen and Ho then tried to flee the scene on foot but were intercepted. Both were allegedly not in possession of valid travel documents.

Teo was also detained. He was allegedly in possession of a tampered Singapore passport, and tested positive for drug consumption in a preliminary urine test.

For dangerous driving causing hurt to another person, Teo could be jailed up to two years, fined up to S$10,000 or both. The penalties are increased if he is a repeat offender.

He also faces 10 to 30 years’ jail and 10 to 15 strokes of the cane if convicted of abetting the importation of drugs. He is liable for enhanced punishment given his previous conviction.

The punishment for criminal trespass is jail for up to three months, a fine of up to S$1,500 or both.