For many fashion fans, the latest Prada show was always something that existed only in speculation: What would it look like if Miuccia Prada and Raf Simons designed menswear together?

We got our answers, all right. At Milan Men’s Fashion Week, the designer dream team offered their first menswear collection ever. Like their first womenswear outing last September, Raf and Prada wanted their clothes to comfort us and counter everything going on in the world right now. But there was one big difference this time: they gave us clothes that you really want to touch.

In fact, tactility was huge theme for the Prada Fall/Winter 2021 show. It’s a bummer that it was only held virtually. The set itself, designed by longtime Prada collaborator Rem Koolhaas, was a feast for the senses; walls and floors of marble, resin, plaster and faux fur were meshed together like a Pantone fun house. You couldn’t tell where the runway really began.

The same play of textures came through in the collection — Re-Nylon met leather met bouclé tweeds. But the most sensual part of all was the jacquard knit bodysuit. It appeared on every model like a second skin, peeking out from under scrunched up sleeves of pin-striped blazers or the collars of huge coats. 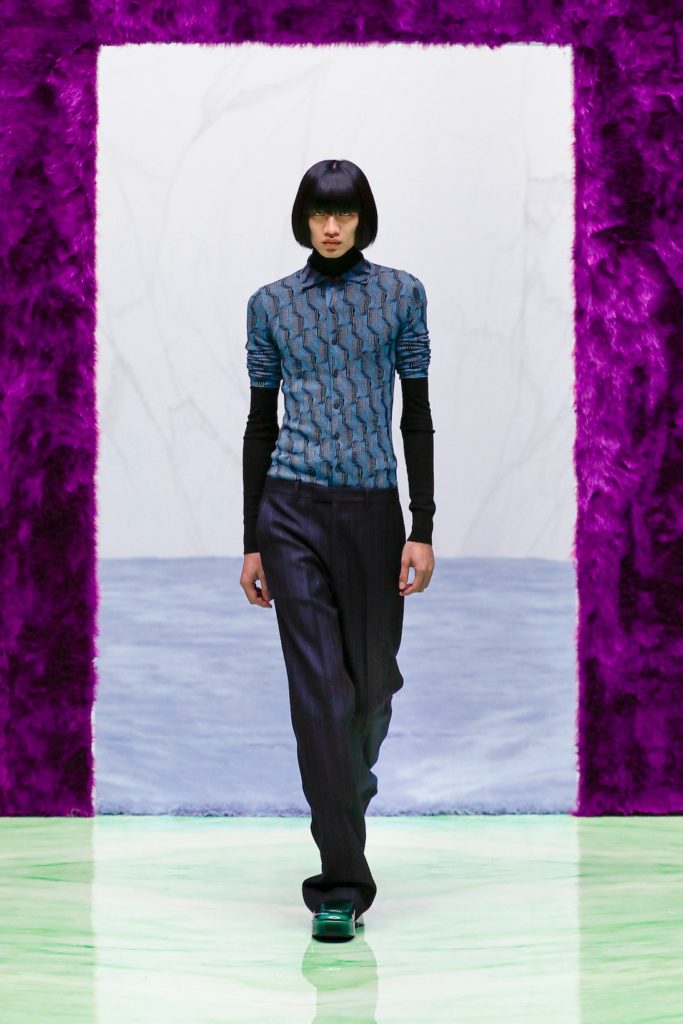 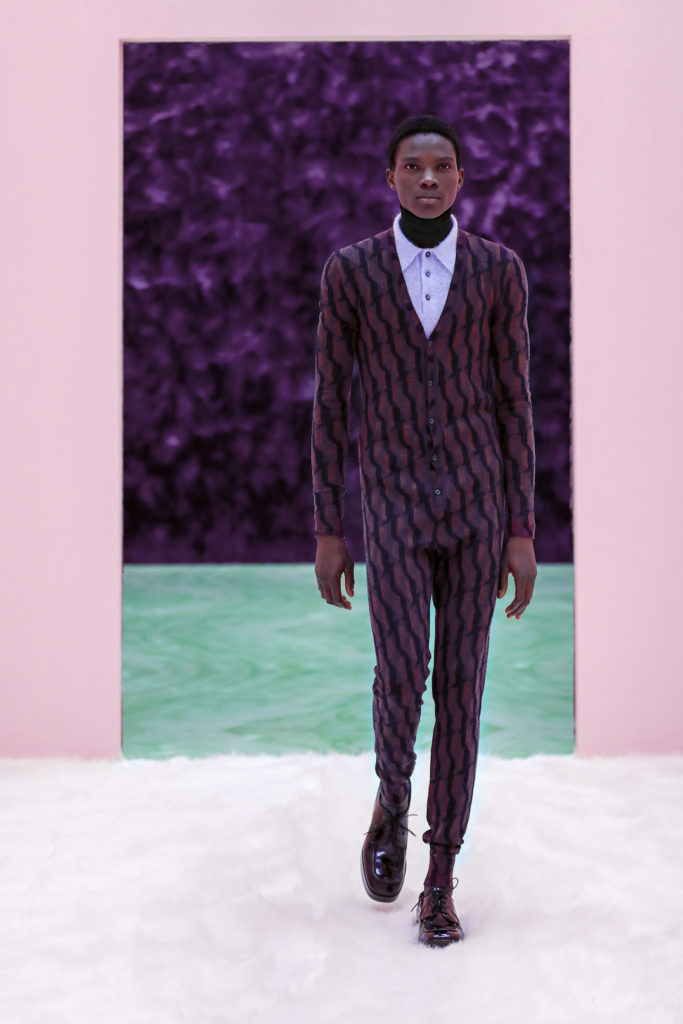 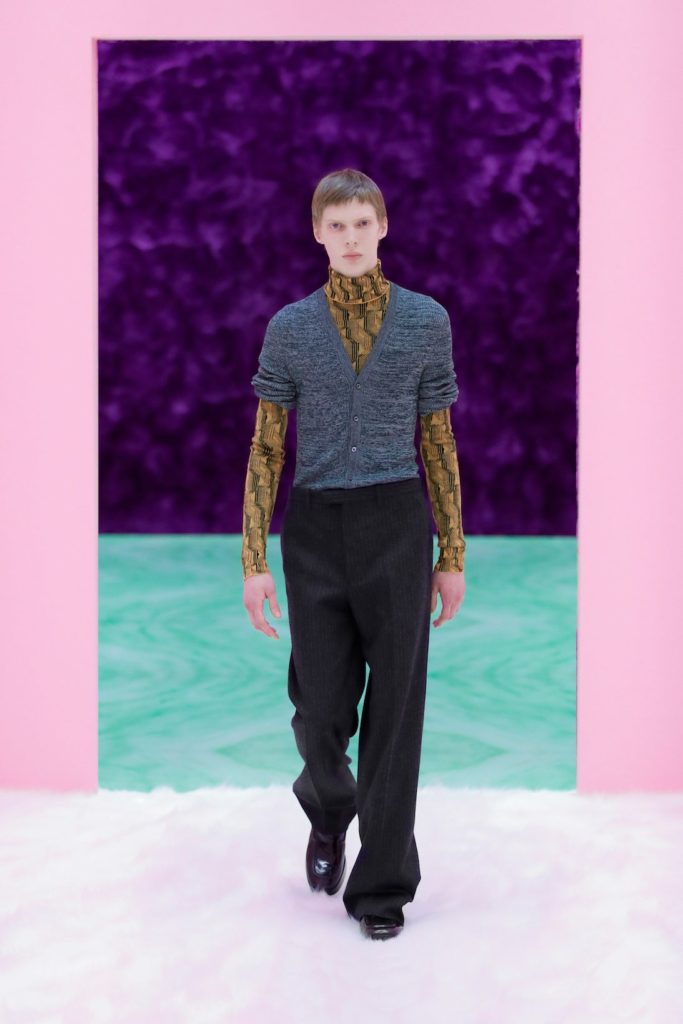 “It can look romantic, sexy, playful or child-like,” said Prada during the live-streamed conference after the show. “With one piece you can express so many things and are open to many possibilities.”

We can’t imagine Prada ambassadors Frank Ocean or Park Chanyeol, much less Raf stan A$AP Rocky, being open to those possibilities just yet. The knit seems very much in the sartorial terrain of Harry Styles, ardent advocate of sweater vests and cardigans, who is already tied up with Gucci.

But who knows? Just as Hedi Slimane popularised the skinny silhouette during his reign at Saint Laurent, so too might Raf and Miuccia with their patterned long johns. If not, the pair still have a solid selection of menswear must-haves, which we take a look at below. 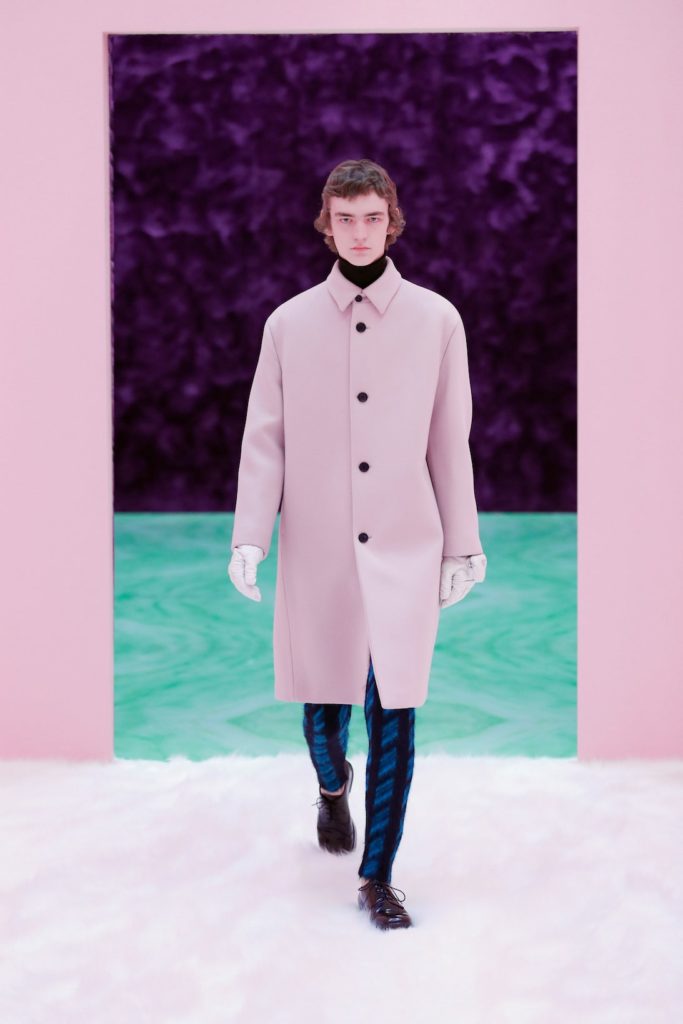 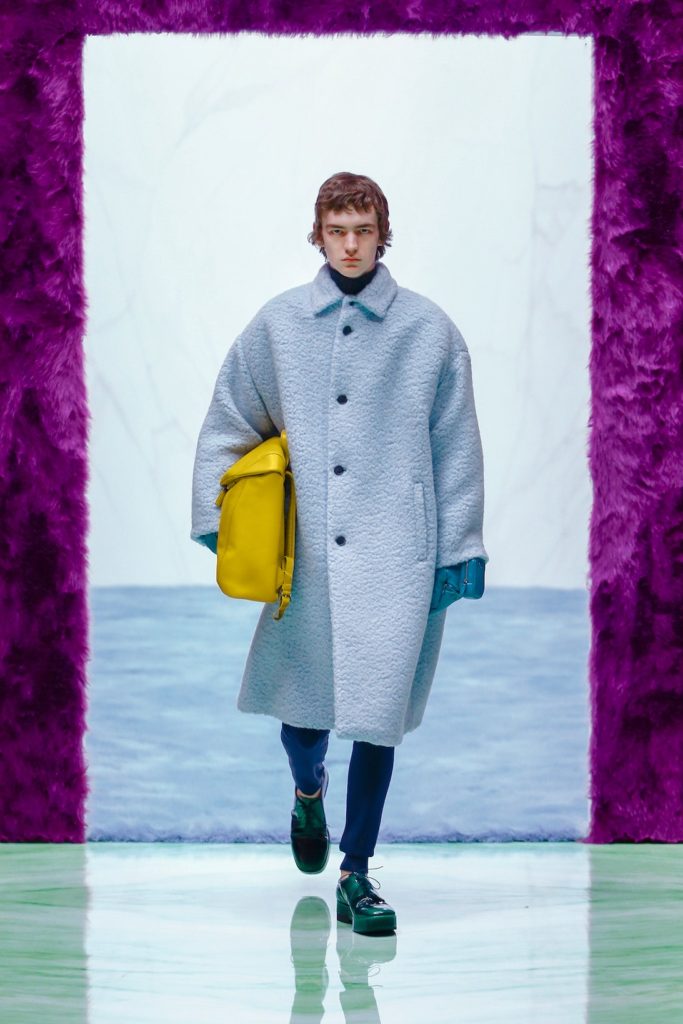 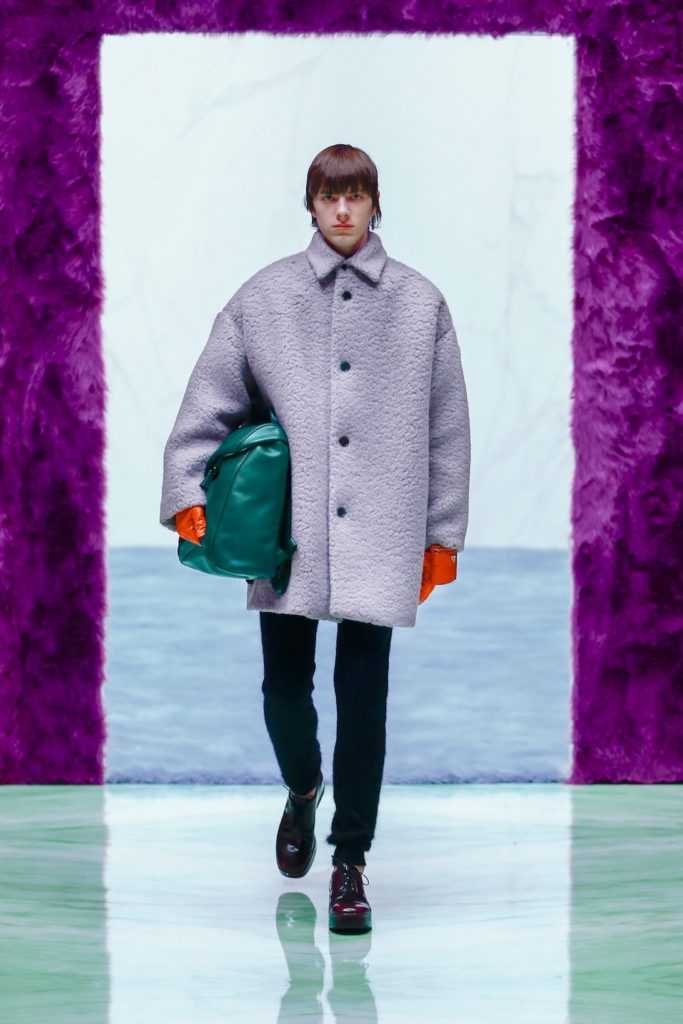 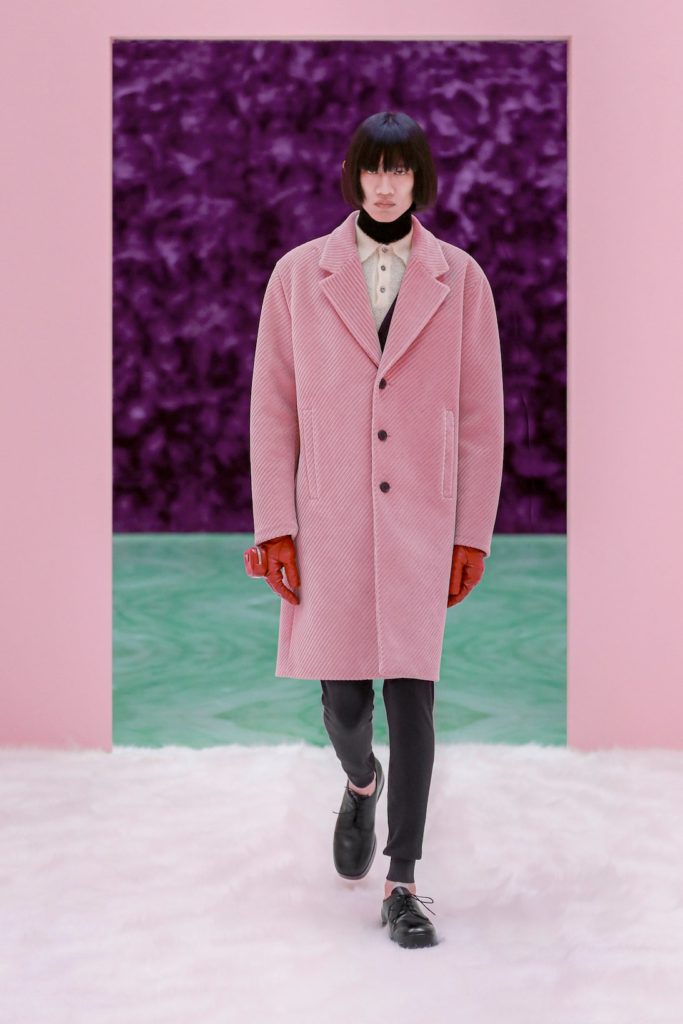 Figuratively speaking, coats were just as big as bodysuits for the new Prada collection. Physically, they were much, much bigger. The standout was the powder pink coat, a rehash of that one Prada women’s coat that was the topic of much conversation last season. There was also a corduroy one in a similar shade. Adding on to the collection’s Wes Anderson-ish colour scheme were a couple of cosy bouclé wool crop coats in lavender and baby blue, which probably feel as soft as they look.

Raf and Prada took the puff-sleeve trend to the extreme with their big bomber jackets. Made with glossy leather or Re-Nylon, Prada’s recyclable nylon, the high-shine jackets were quite a sight to behold on the runway. They also featured utilitarian touches that were central to the Prada duo’s womenswear collection: peep the triangle-shaped pouches on the sleeves or at the back.

Yes, there’s yet another way to store your AirPods. Instead of micro bags or leather bracelets, Prada offered colourful leather gloves that came with a small zipped pouch attached to one side.

Carrying things, it seems, is so last season.