Brora might’ve shuttered her small distillery in 1983, but time does magical things to Scotch whisky, even the ones that have been left to its own devices since the last of its workers walked away almost four decades ago.

Despite being a ghost distillery, Brora remains to be one of Scotch whisky’s most important — more so after it once took over production of heavily peated whisky for blending when Islay experienced a shortage from a four-year-long drought until 1973. Since then, the lightly peated Highland style that it’s come to be known for today has become a firm favourite. 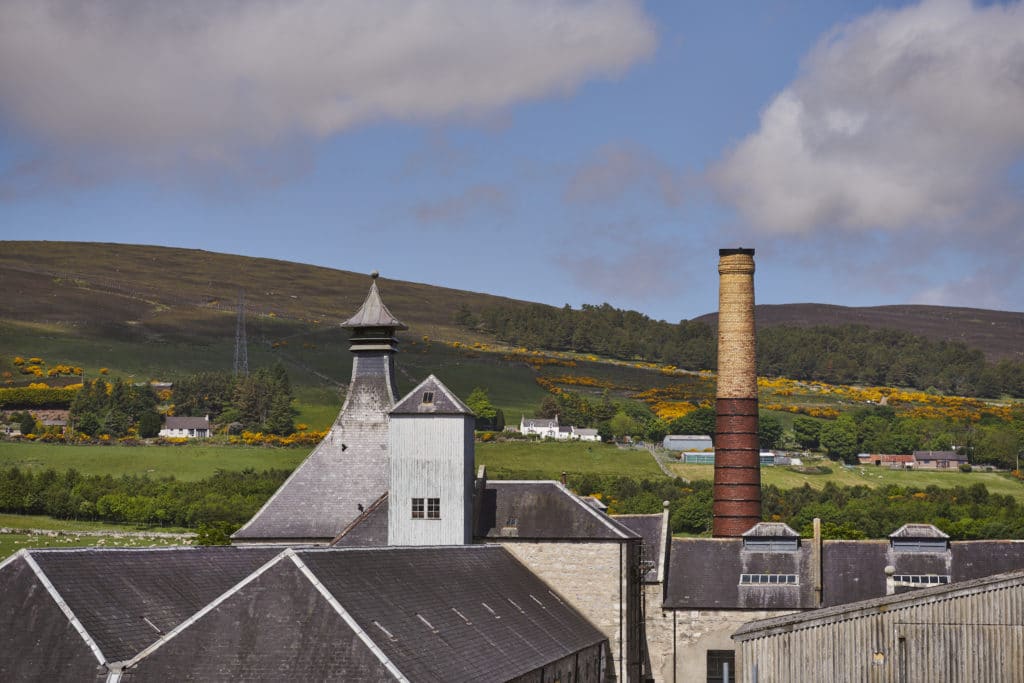 Over the years, the Highlands facility has been known to release some of the most collectible Scotch whiskies the world has ever seen, its hype fuelled by its rareness. To celebrate its storied heritage and imminent re-opening after a meticulous three-year restoration by Diageo, the distillery has unveiled a one-off special release called the Brora Triptych.

Even more symbolic is that the set will be released at the same time as the reopening of the distillery. The trio of extremely rare single malt whiskies will each represent a facet of Brora’s distinctive style and history, and is the first time all three styles have been released in one collector’s set. Each collectible set of the Brora Triptych will also be accompanied by a personal invitation from Master Distiller Stewart Bowman to visit and experience the distillery in person. 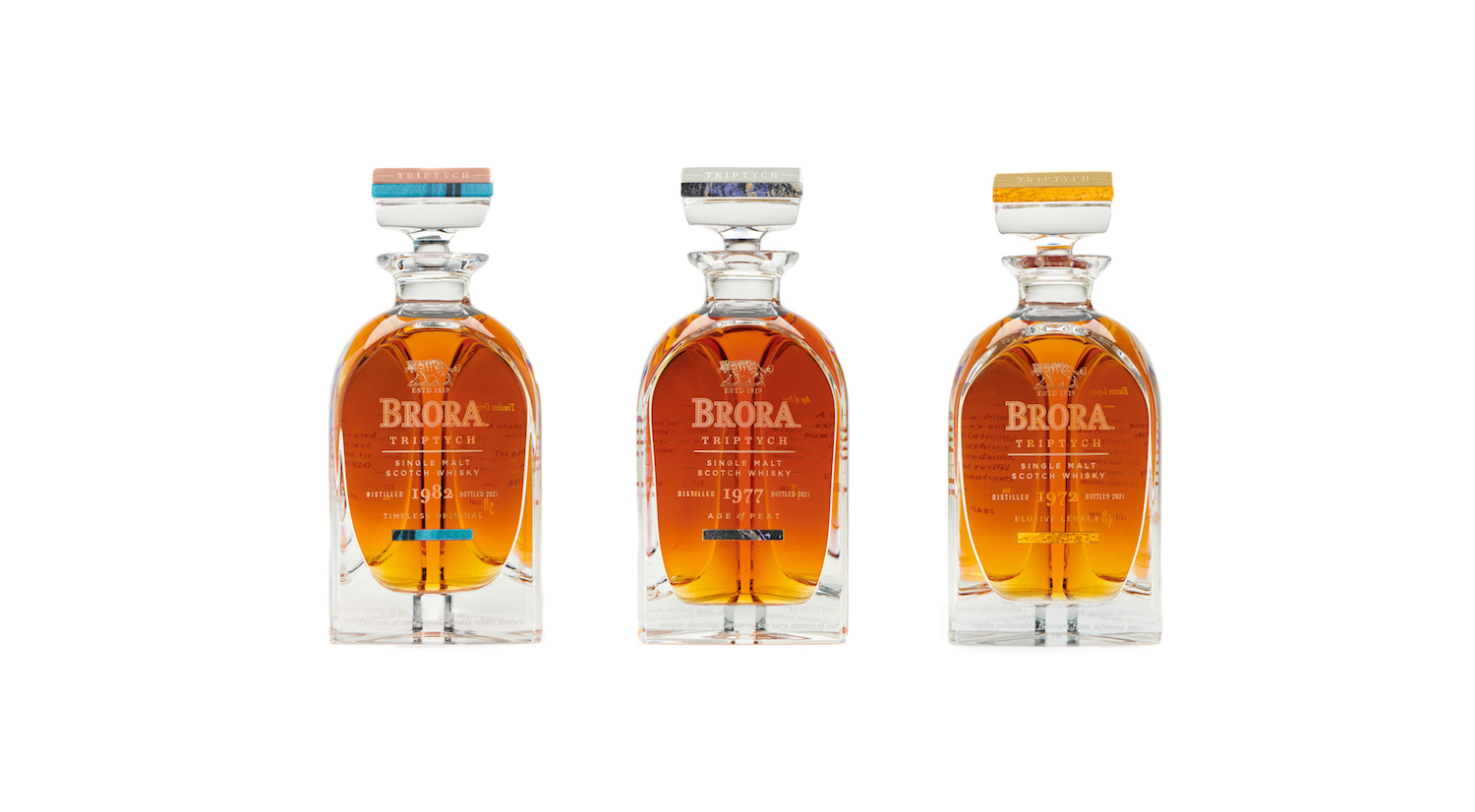 The first is the Elusive Legacy, a 48-year-old Scotch that’s the oldest ever public release from the distillery. As a representative of the earthly expression of Brora, the whisky has been matured in a very rare style of cask from 1972, and is highly sought after because it was only created sporadically throughout the distillery’s history. A delicate aroma of wood spice with hints of peach tarte tatin shine through amidst a powerful rich maltiness here.

The Age of Peat follows, this time a 43-year-old heavily peated expression that’s classic Brora from the late ‘70s. The few casks that were left from this era matured remarkably well and are coveted for being multi-layered and complex; in this case, this expression’s creamy vanilla notes are invigorated by freshly-cut green apples and hints of beeswax, before culminating in a long, sweet finish of peat-fired smokiness.

Lastly, Timeless Original is a 38-year-old expression that draws from limited stocks of 1982 with a distinct waxiness that made Brora famous. The golden yellow liquid within offers stunning notes of sherberty lemon peel and a touch of fresh green grass on the nose — representative of the more modern style of low peating levels the defined Brora’s whisky before the Age of Peat. 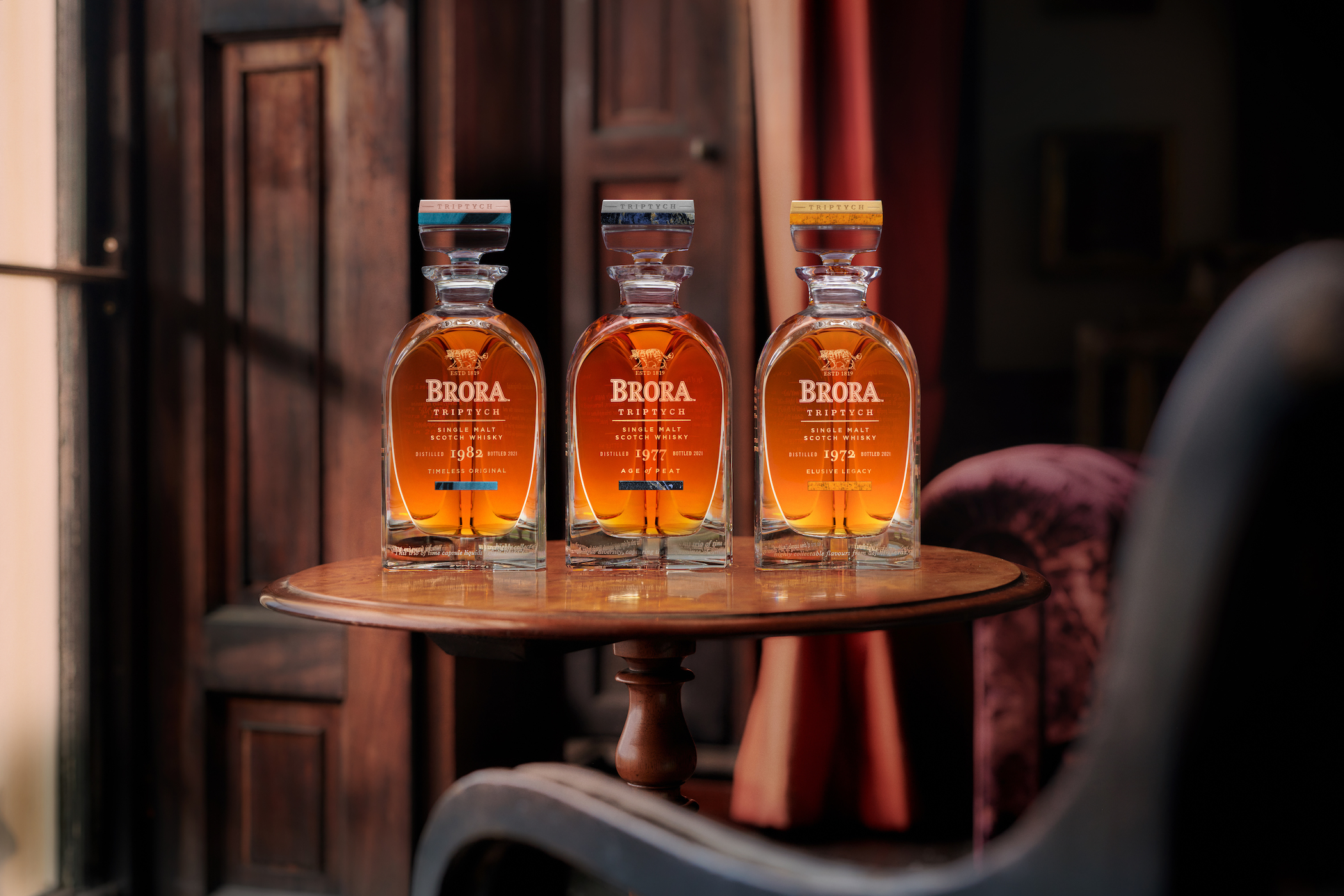 “These are some of our very last precious relics from a Brora of bygone age. Each one represents a moment in time at the distillery and tasting these superb whiskies is to be part of a special moment in history. When selecting the casks for these rare bottlings, we wanted to celebrate those distinct characteristics that define Brora, and those that we seek to uphold as we begin a new chapter in its story,” said Master Blender Dr. Craig Wilson, who selected the vintage Single Malt whiskies in the Triptych.

As a true collector’s set, the three single malt whiskies will be housed in a presentation case inspired by Brora’s beautiful coastlines. The cabinet — built from ash wood sourced in the UK — is crafted by Master Cabinetmaker and Royal Warrant Holder N. E. J. Stevenson. The crystal bottles within are equally display-worthy, each topped with Glencairn crystals stoppers.

The Brora Triptych will retail at S$49,000 and will be available globally for purchase directly from the distillery, Brora.com, and specialty retailers starting in mid-May 2021.

The post Diageo celebrates the reopening of its ghost distillery with the Brora Triptych set appeared first on Lifestyle Asia Singapore.