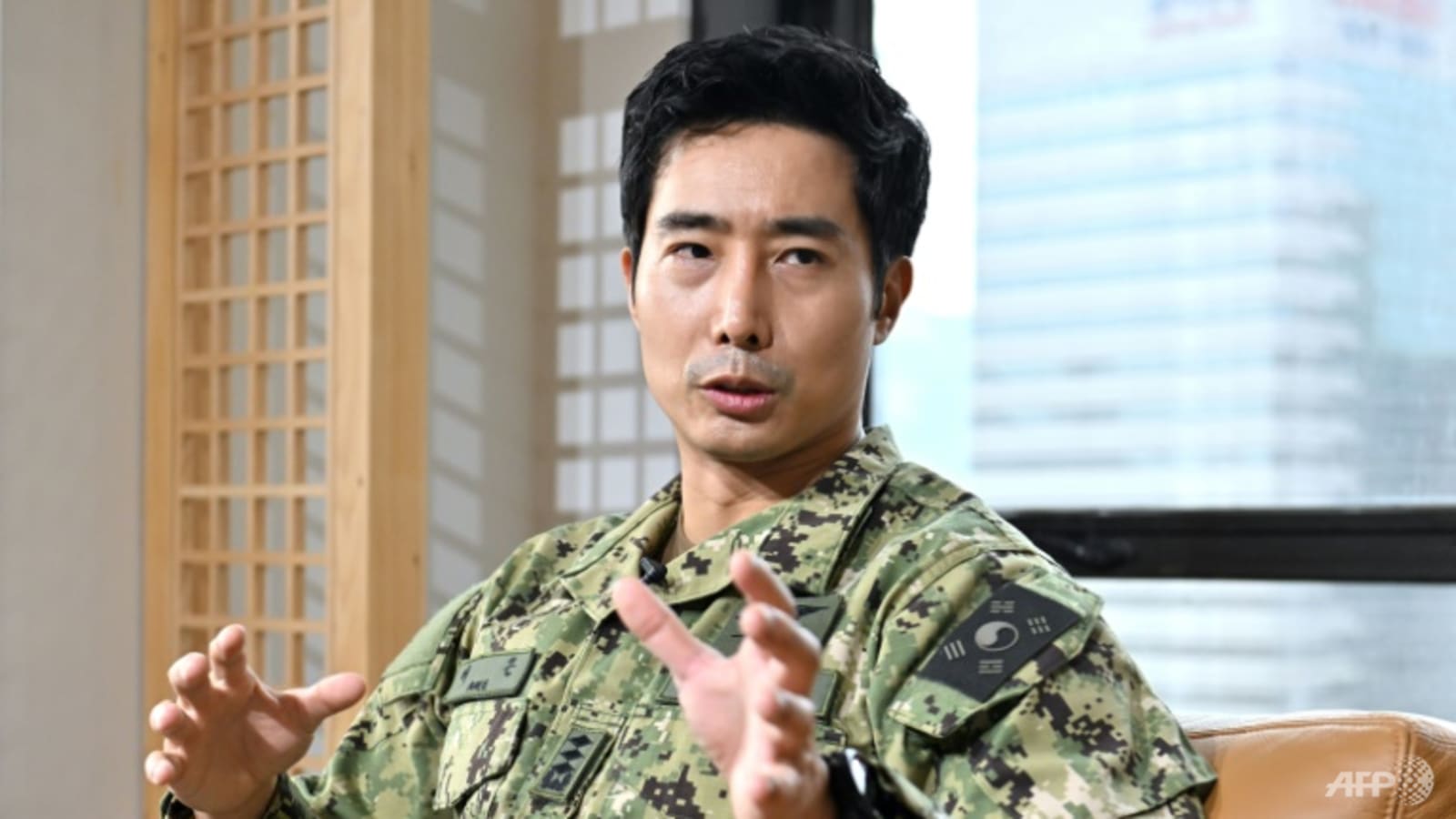 SEOUL: A former South Korean Navy SEAL turned YouTuber who risked jail time to leave Seoul and fight for Ukraine says that it would have been a “crime” not to use his skills to help.

Ken Rhee, an ex-special warfare officer, signed up at the Ukrainian embassy in Seoul the moment President Volodymyr Zelenskyy asked for global volunteers and was fighting on the frontlines near Kyiv by early March.

To get there, he had to break South Korean law – Seoul banned its citizens from travelling to Ukraine, and Rhee, who was injured in a fall while leading a special operations patrol there, was met at the airport by 15 police officers on his return.

But the celebrity ex-soldier, who has a YouTube channel with 700,000 followers and documented much of his Ukraine experience on his popular Instagram account, says that he has no regrets.

“You’re walking down the beach and you see a sign by the water saying ‘no swimming’ – but you see someone drowning. It’s a crime not to help. That’s how I see it,” he told AFP.

Rhee was born in South Korea but raised in the United States. He attended the Virginia Military Institute and planned to join the US Navy SEALS, but his father – a “patriot”, he says – convinced his son to return to South Korea to enlist.

He served for seven years, undergoing both US and Korean SEAL training and doing multiple stints in war zones in Somalia and Iraq before leaving to set up a defence consultancy.

“I have the skill set. I have the experience. I was in two different wars, and going to Ukraine, I knew I could help,” he said, adding that he viewed breaking South Korea’s passport law to leave as equivalent to a “traffic violation”.

“SEE YOU IN TAIWAN”

Russia said earlier this month that 13 South Koreans had travelled to Ukraine – including four who were killed. Seoul said it was trying to verify the claims.

Although Rhee did not know the fate of all his team-mates, he said “a lot of my friends have died”.

“I don’t want my friends’ sacrifices to be forgotten,” he said, adding that he plans to write a book – and maybe a screenplay – about his team’s experiences.

But first, he needs to deal with the official repercussions of his trip. He is quietly optimistic South Korea’s new conservative administration won’t put him in jail.

Rhee is not allowed to leave the country until his case is resolved, and is receiving treatment for his injuries. But he hopes one day to fight alongside his team-mates again, for a cause they believe in.

The joke as people left the frontline was: “See you in Taiwan,” he said, referring darkly to the risk that Beijing will follow Moscow’s lead and invade a neighbouring democracy.

But the reaction in South Korea – where Rhee shot to fame as a trainer in the popular YouTube series Fake Men – was swift and unforgiving.

“It was instant. People in Korea, they just criticised me about breaking the law,” said Rhee.

His critics claim the 38-year-old’s decision was criminally irresponsible, and point to his posting of war footage on his YouTube and Instagram accounts as evidence of showboating.

Rhee says he tries not to let the furore get to him. “I think it’s pretty obvious who the good guys are and who the bad guys are,” he said of Russia and Ukraine.

On his first day on the frontline in Irpin – which he described as “the Wild West” and “chaos” – he said that he witnessed Russian war crimes.

“I saw a civilian get shot. He was driving … and they shot him through the windshield and he died in front of us,” he said.

“It was like: There’s my proof. There’s definitely war crimes going on. It reminded me and my team-mates what we were doing and why we were there,” he said.

Because of his military training, Rhee was told to set up his own team, so he recruited other volunteers with combat experience and set up a multinational special operations group.

“I was eating Canadian MREs (field rations). My gun was from the Czech Republic. I have a Javelin missile from the United States. I have a rocket that’s from Germany … but nothing is Korean,” he said.

He tried to take his Korean-made night-vision goggles but was not given government export permission. Seoul has provided non-lethal aid to Kyiv, but Rhee said that they could do more.