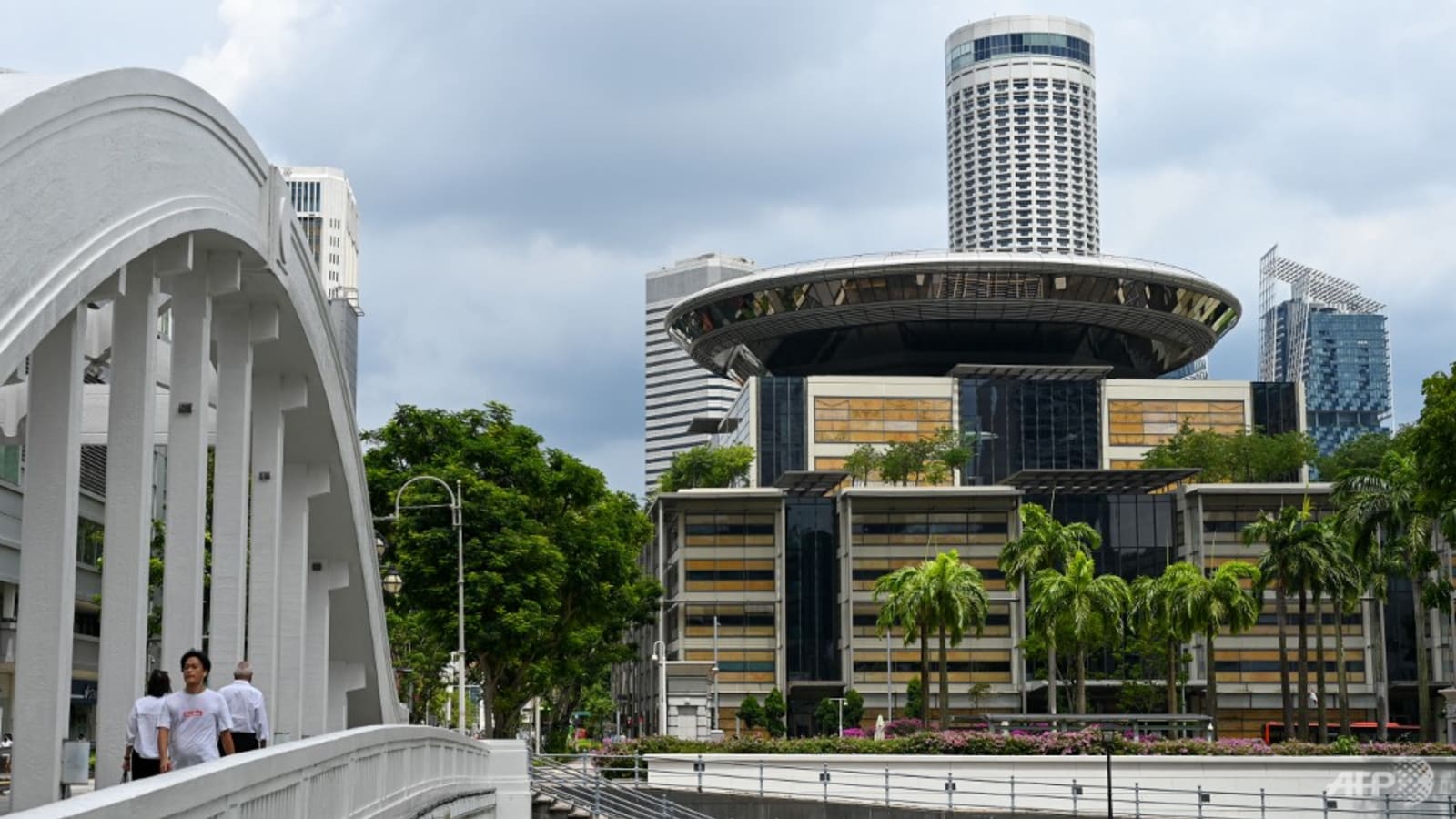 SINGAPORE: The Court of Appeal on Tuesday (Mar 29) dismissed a bid for leniency by a convicted Malaysian drug trafficker who was sentenced to death in 2010.

Nagaenthran Dharmalingam, 34, was appealing against a High Court decision that dismissed his application to commence judicial review proceedings on the basis that he purportedly possesses the mental age of someone below 18.

The Malaysian national had also mounted a criminal motion to be assessed by an independent panel of psychiatrists, with a stay of execution in the meantime.

Delivering the verdict on behalf of a five-judge panel, Chief Justice Sundaresh Menon dismissed the appellant’s case as “baseless and without merit, both as a matter of fact and of law”.

“In our judgment, these proceedings constitute a blatant and egregious abuse of the court’s processes,” said the Court of Appeal.

“They have been conducted with the seeming aim of unjustifiably delaying the carrying into effect of the sentence imposed on the appellant.”

Nagaenthran was sentenced to death in 2010 for importing 42.72g of heroin into Singapore in 2009 in a bundle strapped to his thigh. He previously failed in his appeals to the High Court in 2011, to the Apex Court in 2019 and in his petition to the president for clemency.

Earlier this month, Ms Netto had argued for him to receive an “independent” psychiatric assessment and “up-to-date full neurocognitive test” to evaluate his competence to be executed and prescribe the necessary treatment.

The prosecution had responded that there was no reliable evidence that Nagaenthran’s mental condition had deteriorated and that he was not competent for execution, and no basis to grant the application for him to be assessed by a panel of psychiatrists.

The Court of Appeal said the appellant’s central argument was that “because of an alleged deterioration in the appellant’s mental faculties since the time of his offence, the sentence of death cannot be allowed to be carried out”.

However, there was no admissible evidence to show such a decline in Nagenthran’s mental condition.

The only evidence provided for the application was an affidavit of Mr Ravi in which he made a “bare assertion” about the appellant’s mental age.

But Mr Ravi acknowledged that he did not have the necessary medical expertise and was “speculating” on Nagaenthran’s mental age, said the court.

Furthermore, as Nagaenthran’s counsel, Mr Ravi was not a disinterested party and should not have put himself forward as the appellant’s witness, said the court.

In the course of proceedings, the Attorney-General’s Chambers were prepared to tender reports of medical and psychiatric assessments conducted in 2021, but the appellant had objected to the admission of these reports as evidence.

“With respect, having called his medical condition into question, we cannot see how the appellant can at the same time, in good faith, prevent access to evidence that pertains to the very condition in question,” said Chief Justice Menon.

These reports should have been regarded as “presumptively objective” as they were from scheduled check-ups rather than part of a litigation response, he added.

“The objection mounted on the appellant’s behalf the inference that he is aware of the evidential difficulties with his case, and is seeking to prevent the court from accessing that evidence because he knows or believes it would undermine his case,” said the Chief Justice.

As for the criminal motion for an independent psychiatric review, Chief Justice Menon said this was “at best” an attempt to adduce additional evidence to support the appeal, and this was “procedurally improper”.

The motion was premised on evidence from Nagaenthran’s brother, Mr Navinkumar, an interested and unqualified witness whose evidence was unreliable, said the court.

Mr Navinkumar’s evidence was also contradicted by the evidence of the prison officer in charge of observing Nagaenthran, said the Court of Appeal.

No reliance could be placed on the expert reports of Dr Danny Sullivan and Mr P B J Schaapveld filed by the appellant, as they “have not examined or even spoken to the appellant and have not seen his present medical records”, said the court.

The Court of Appeal also devoted a significant portion of its findings to trace the “tortuous path” taken by the proceedings.

It noted that Nagaenthran’s application for leave to commence judicial review was heard on Nov 8, 2021, when it was dismissed on the same day.

The criminal motion was filed at the “eleventh hour” when the hearing for the earlier application was already under way, the court said.

It took issue with the fact that the appellant did not file Mr Navinkumar’s affidavit under the earlier application, even though the evidence was available then, but did so under the criminal motion instead.

Mr Navinkumar’s evidence might have been “deliberately withheld” to support a further application in anticipation of the earlier one being dismissed, said the court.

“The appellant has been afforded due process under law, and it is not open to him to challenge the outcome of that process when he has put nothing forward to suggest that he does have a case to be considered,” said the court.

It said the criminal motion was filed “not with a genuine intention to seek relief, but rather as a ‘stopgap’ measure devised by the appellant and his counsel to try to delay the carrying out of the sentence imposed on the appellant”.

“The fact that these matters have been conducted by the appellant and his counsel in a manner that constitutes an abuse of process is a further ground for denying relief,” said the court.

Concluding its judgment, the Court of Appeal said the imposition and carrying out of the death penalty are always “difficult matters”.

“Counsel may well have passionate views that run counter to imposition of the death penalty. At a societal level, the proper recourse for them and indeed for anyone similarly situated is to seek legislative change if they are minded to do so.

“But as long as the law validly provides for the imposition of capital punishment in the specified circumstances, it is improper for counsel to abuse the process of the court and thereby bring the administration of criminal justice into disrepute by filing one hopeless application after another and by drip-feeding the supposed evidence.”