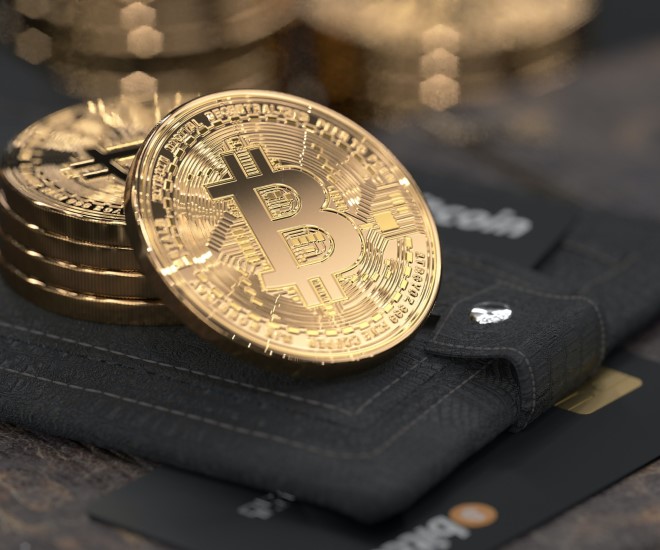 Just a few weeks ago, in my weekly discussions with our trading desk, we debated on what catalyst would be needed to take cryptocurrency prices higher and whether now would be a good time to turn bearish.

While it’s no secret that tightening monetary policy was largely expected to weigh heavily on risk assets, cryptocurrencies included, our goal in that discussion was to ask the question, what if those assumptions were wrong?

What would it take for cryptocurrencies to go higher, contrary to what markets were currently pricing?

While our view is that the long-term trajectory for cryptocurrencies remains bullish, the short term was bearish, and we thought that some sort of Black Swan event would be needed as an immediate-term catalyst to lift prices higher.

In 2020, the coronavirus pandemic saw central banks flood the financial system with unprecedented amounts of liquidity — a Black Swan event that saw all manner of risk assets soar in value, especially cryptocurrencies.

But the prospect of policy tightening by major central banks against a backdrop of stronger-than-expected inflation meant that the same tide that lifted all boats, was now threatening to go out, putting downwards pressure on cryptocurrencies and other risk assets.

However, the Russian invasion of Ukraine has dramatically altered the decision-making matrix by which major central banks like the US Federal Reserve and the European Central Bank will now have to contend with.

With oil now well over the US$100 level, higher energy prices will compound already heightened inflationary pressures in major economies like the US and Europe and threaten economic growth.

Tightening monetary policy at a time of increased defense spending, particularly in Europe, could very easily push economies barely on the mend from the ill-effects of the pandemic, into recession.

Because Europe is close to the epicenter of the Russian invasion, consumer sentiment has already taken a beating and with Russia a major trading partner with many European economies, the full extent of Western sanctions has yet to be fully calculated.

Against this backdrop, whatever hawkish pivot the European Central Bank may have been inclined to, to tackle rising inflation, will likely now be put on the backburner.

Across the Atlantic however, the Fed will no doubt have to raise interest rates from their current levels close to zero, but beyond March, traders have already started to price in a less aggressive pace of tightening, as evidenced by declining yields on US Treasuries.

In addition, the Fed’s intended balance sheet run-off, may have to be halted because of sanctions on Russia.

The banning of certain Russian banks from the SWIFT international payment system could force central banks to enhance liquidity to offset missed payments, rather than run-off their balance sheets.

Back in March 2020, at the onset of the pandemic, the US Federal Reserve along with other major central banks enhanced efforts to ease a global dollar-funding crunch, as part of emergency measures to stem the financial and economic fallout from the coronavirus pandemic.

Which is why the Fed’s goal to runoff some of its massive US$8.9 trillion balance sheet of US Treasuries and mortgage-backed securities would likely need to be paused, at least until a clear path out of the Ukraine crisis is sorted.

And while the US and Europe should be applauded for denying Russian banks access to the SWIFT system, it will necessarily delay two major monetary policy tightening measures, raising interest rates, and ending quantitative easing (the purchase of assets).

Continued liquidity flowing into markets suggests that risk assets will have another bite of the cherry, and should the major central banks continue to keep policy even mildly dovish in the interim, there is a strong likelihood that risk assets, including cryptocurrencies, could rally.

While few would have expected Russia to invade Ukraine with the ferocity that it did, with most analysts expecting a Russian incursion akin to the 2014 annexation of Crimea, even fewer could have anticipated the unified global backlash to the invasion.

Things which were considered sacrosanct just two weeks ago, have now been overturned.

Germany has turned its back on its postwar policy of pacifism, approving the supply of lethal weapons to Ukraine and pledging to increase its defense spending to over 2 per cent of GDP or around US$100 billion.

More significantly, the West united to deliver the most punitive package of sanctions on Russia and its leaders than ever before, including the expulsion of Russian banks from the SWIFT messaging system and cutting off the Russian central bank’s access to its offshore reserves.

What happened next was predictable, as the Russian ruble went into freefall, ordinary Russians raced to ATMs and banks to empty out whatever cash they could find, buying up electronics and appliances and swapping the ruble for whatever hard currency they could access as the value of their money rapidly started to evaporate.

The belief that Bitcoin and other cryptocurrencies could serve as a possible hedge in the event of geopolitical turmoil was seen as largely academic, but now, the nascent asset class is proving itself in real time.

On Monday, trading between the Russian ruble and Bitcoin, which is pegged to the US dollar doubled to around US$60 million a day, according to data from Chainalysis.

“We’ve never had a group of nations in essence confiscate real estate from Russian tycoons, taking a country’s money. That’s why Bitcoin was created, because people don’t trust governments. This is a big deal — in a lot of ways, this is starting the acceleration of de-dollarisation of the world.”

On the ground in Moscow, Illarion, a 37-year-old Russian programmer speaking to the Financial Times embodied the sense of panic, and growing distrust over government-issued currency,

“We are now wondering whether the state is going to forcefully convert dollar savings into rubles to take the citizens’ dollars because they are being cut off from the outside. That is a reality we see on the horizon.”

“I don’t think it is a joke any more that we may have bombs flying at us and we’ll need to flee the country, which requires having dollars in cash or cryptocurrency.”

That belief in the sanctity of cryptocurrency was on full display when earlier this week, some of the world’s largest cryptocurrency exchanges resisted mounting pressure to block all transactions with Russia.

On Sunday, Ukraine’s Vice Prime Minister called on all major cryptocurrency exchanges to block addresses of Russian users, but many have pushed back on the request.

The world’s largest cryptocurrency exchange by volume Binance, which is registered in the Cayman Islands, declined the request to ban Russian users, arguing,

“To unilaterally decide to ban people’s access to their crypto would fly in the face of the reason why crypto exists.”

That position, whilst likely unpopular, also forms the cornerstone of the cryptocurrency ethos and to do otherwise would represent a major break from the early pioneers of blockchain technology who conceived of cryptocurrencies precisely to cater for situations such as the present.

“(Kraken’s mission is to) bridge individual humans out of the legacy financial system and bring them into the world of crypto, where arbitrary lines on maps no longer matter, where they don’t have to worry about being caught in broad, indiscriminate wealth confiscation.”

“Bitcoin is the embodiment of libertarian values, which strongly favour individualism and human rights.”

Nevertheless, cryptocurrency exchanges have acted to freeze the accounts of individuals who have been sanctioned and have sought to comply with the legal requirements imposed on them through Western economic measures against Russia.

And it’s not as if Moscow is dying to let its citizens trade crypto either — with many Russians using it as a means to facilitate capital flight and to swap rapidly depreciating rubles for cryptocurrency as one way to cope with the sanctions.

What can’t be ignored is that when it came to crunch time, cryptocurrencies worked precisely as intended and that knowledge will no doubt weigh on the minds of investors from here on out.

If cryptocurrencies ever had to prove their use case, this would be it.

But even as a risk asset, history has been on the side of risk assets during periods of substantial geopolitical turmoil and global conflict as could be the case for cryptocurrencies as well.

At the onset of the First World War in 1914, the Dow Jones Industrial Average collapsed by more than 30 per cent because the business world ground to a halt and market liquidity all but dried up, closing the stock market for six months, the longest period on record.

Yet by the time the New York Stock Exchange reopened in 1915, the Dow Jones Industrial Average soared by over 88 per cent, the highest annual return on record.

A closer examination of the period reveals that from the start of the war in 1914 until hostilities ended in 1918, the benchmark Dow Jones Industrial Average was up more than 43 per cent, or around 8.7 per cent annually.

The Second World War had a similarly counterintuitive outcome, and from 1939 when Germany invaded Poland, to the surrender of Japan in 1945, the Dow Jones Industrial Average was up 50 per cent, or an average of 7 per cent per year.

In other words, during the worst wars in modern history (it remains to be seen if this current epoch could produce one to rival them all), the US stock market was up a combined 115 per cent.

While market prognosticators have an old rule of thumb that investors hate uncertainty more than anything and few things are as uncertain as war, the relationship between geopolitical crises and market outcomes isn’t as simple as it seems.

In fact, Mark Armbruster, President of Armbruster Capital Management who studied the period from 1926 to 2013 found that stock market volatility actually decreased during periods of war and noted that while markets usually reacted with shock at the onset of conflict, they soon found their footing.

If nothing else, Armbruster’s studies have shown that small-cap stocks, often the riskiest corner of the market, have returned far greater on average than large-cap US equities, albeit with greater volatility.

With a 30-day correlation of 0.52 between Bitcoin and the Russell 2000 an index of US small-cap stocks, it’s entirely possible that even if investors see cryptocurrencies as nothing more than risk assets, they may also enjoy the same performance regardless.

It may be somewhat macabre, but in many ways doubling down on risk, as counterintuitive as it may seem, makes absolute sense because the alternative trade would be to short humanity, and long the apocalypse.

The market’s reaction to geopolitical events depends heavily on context and because it’s so difficult to know how investors will react, cryptocurrencies could stand to benefit by catering to multiple narratives — both as a risk asset and as a hedge against the uncertainties of life.

The last few years has seen no shortage of Black Swans, till the point when labelling them such would seem an exercise in futility, they are supposed to be “rare.”

From a global pandemic to a fresh European war, a rapidly militarising post-war Germany, to financial and economic exclusion of a permanent member of the United Nations Security Council.

It’s been said that history tends to move in fits and starts, and arguably we are living at the precipice of an entirely new epoch.

There will be the world before 24 February 2022 and the one that we live in thereafter and in that world, cryptocurrencies will have a far more outsized role than envisioned.

The post Could The Russia-Ukraine War Drive Prices of Cryptocurrency Up? appeared first on LUXUO.