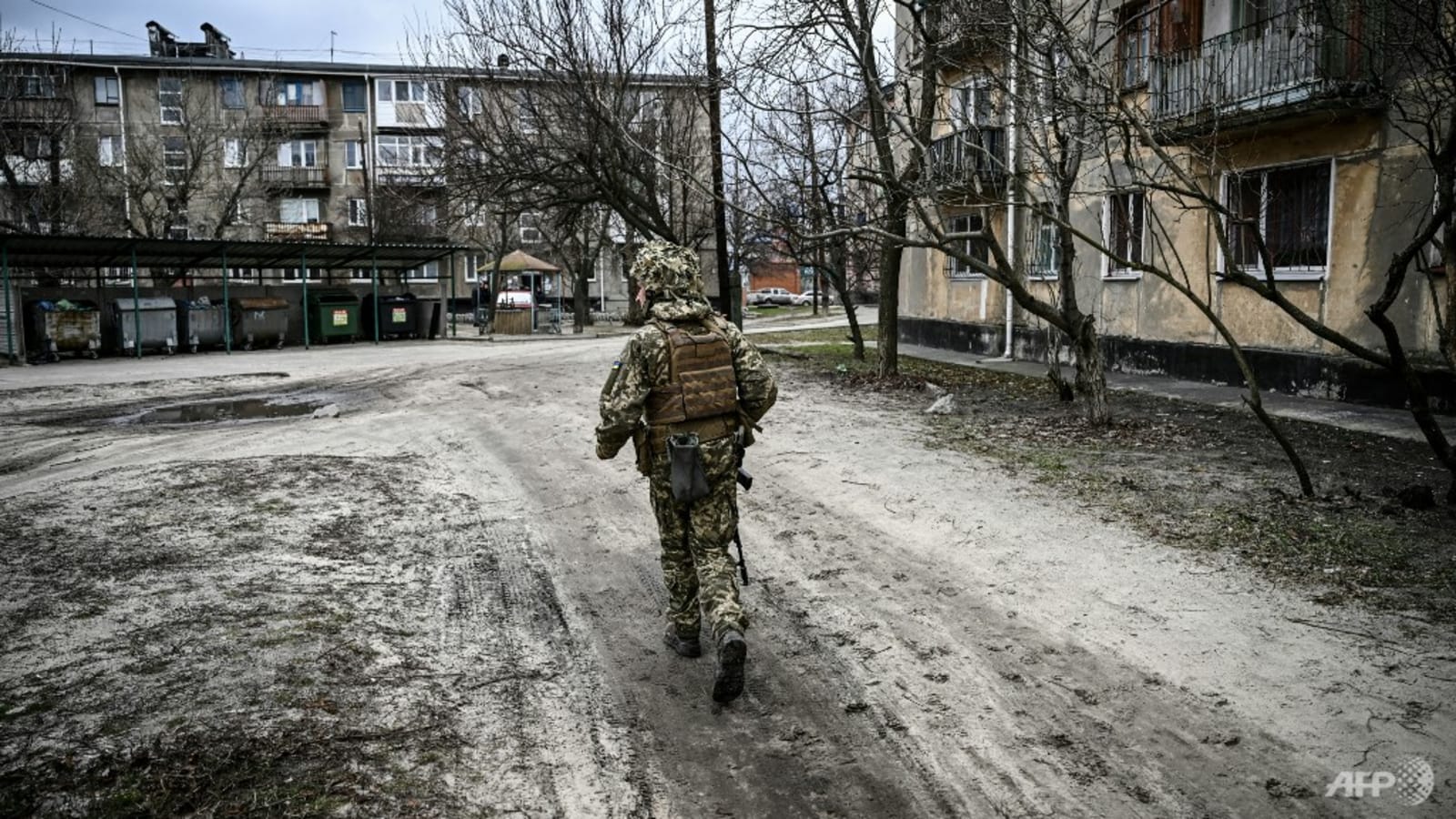 BIRMINGHAM, England: Now that Russia and Ukraine have agreed to start negotiations at the Belarusian-Ukrainian border, one of the key questions is what should be on the agenda to provide a way out of the current crisis.

One of Vladimir Putin’s stated justifications for his aggression against Ukraine is the need to remove the “dagger to the throat of Russia” by insisting on Kyiv’s neutrality and demilitarisation.

Leaving aside, for a moment, the illegality of Russia’s use of force in pursuit of this demand and serious doubts about whether Putin can be trusted in any negotiations, what would neutrality entail for Ukraine?

To the extent that this can be done on the basis of Putin’s pronouncements to date, Ukraine would have to give up its right to join either NATO or the EU, completely demilitarise and not allow foreign (for which, read Western) military bases on what will be left of its territory.

Russia’s vision of neutrality for Ukraine will also mean a Moscow-friendly government in Kyiv that defers to the Kremlin in both domestic and foreign policies.

The notion of the “Finlandisation” of Ukraine has been widely discussed. The legal framework for this consisted of the 1947 Peace Treaty with Finland and the 1948 Finno-Soviet Agreement of Friendship, Cooperation, and Mutual Assistance.

Article 8 of the 1947 treaty required Finland to ban any “organisations conducting propaganda hostile to the Soviet Union”. The 1948 agreement, although not requiring demilitarisation, stipulated in Article 4 that Finland must not “conclude or join any coalition directed against” the Soviet Union. The 1947 Peace Treaty with Finland also reaffirmed a provision of the 1944 Armistice Agreement that Finland would lease a naval base to the Soviet Union for 50 years, which Moscow, however, gave up in 1956.

Other allegedly “successful precedents” for neutrality providing a potential “solution” to the current crisis include the 1955 Austrian State Treaty and the earlier neutrality of Belgium, agreed at the London Conference of 1830-1832.

It is true that following the Austrian State Treaty, all allied occupation forces withdrew from the country, and Austria enshrined perpetual neutrality in its constitution and a constitutional act of parliament which declared that “in all future times Austria will not join any military alliances and will not permit the establishment of any foreign military bases on her territory.”

Belgium became a “perpetually neutral state” under the terms of the London Conference. The five great powers of the time – Britain, France, Prussia, Austria and Russia – undertook to “guarantee to it that perpetual neutrality, as well as the integrity and inviolability of its territory”.

This, however, did not prevent Belgium from having its neutrality violated twice by Germany at the beginning of each world war.

Nor were any of the three countries seen as offering a potential blueprint for Ukrainian neutrality – Belgium, Finland, and Austria – required to demilitarise and none of them had their very right to existence challenged in the same way that Putin has done regarding Ukraine.

WHOSE COUNTRY IS IT ANYWAY?

For these reasons alone, one must be sceptical about a neutrality solution along the lines of Belgium, Finland and Austria.

Putin’s further insistence on the “de-Nazification” of Ukraine also suggests that he envisages a future say in the composition of the Ukrainian government – and quite possibly the installation of a pro-Moscow regime as a result of any negotiations on a ceasefire.

Russia will require more than the legal and constitutional entrenchment of Ukrainian neutrality, as established by the Austrian State Treaty. It is also unlikely to permit the kind of exit clause embedded in Article 8 of the Finno-Soviet Friendship Agreement, which allows either side to terminate the agreement every five years with a one-year notice period.

It is far more likely that Russia will also insist on formal Western recognition of Ukrainian neutrality, as well as some sort of international mechanism (with Russian participation) to “interpret” what is permissible for Ukraine under the terms of its neutrality.

Nor is it clear what would be in such an agreement for Ukraine. From a Ukrainian perspective, the fate of the 1994 Budapest Memorandum, in which Russia, the UK and the US “reaffirmed their commitment to Ukraine … to respect the independence and sovereignty and the existing borders of Ukraine” and “to refrain from the threat or use of force against the territorial integrity or political independence of Ukraine”.

These security guarantees were offered in exchange for Ukraine’s abandonment of its Soviet-inherited arsenal of nuclear weapons.

There is also the question of which version of Ukraine Russia would recognise as a sovereign state if Ukraine were to agree to become “neutral”. Would this include the illegally occupied and now recognised areas of Donetsk and Luhansk and the annexed Crimean Peninsula?

The Kremlin’s vision of a Belarus-like vassal state with highly conditional and very limited sovereignty dictated by Putin is one which Ukraine has clearly, consistently and democratically rejected over the past 30 years. Neutrality on these terms seem unlikely to be the basis of how this conflict ends.

For the West more generally, it is also important that Putin is not rewarded, or seen to be rewarded, for his illegal war. The idea that Ukraine should be demilitarised and “de-Nazified” as a price for ending the conflict would be seen internationally as capitulation.

Instead, the West needs to continue to show resolve in proactively containing Russia. Anything else would have resonance, and negative ramifications, far beyond Europe.

Muddying the diplomatic waters further with an unpalatable, and in all likelihood, unattainable, “solution” wastes precious time and resources that now would be better devoted to achieving a stable ceasefire and an end to Russia’s aggression.

Only then will a much-needed discussion on a more viable European security order have any prospects of success.