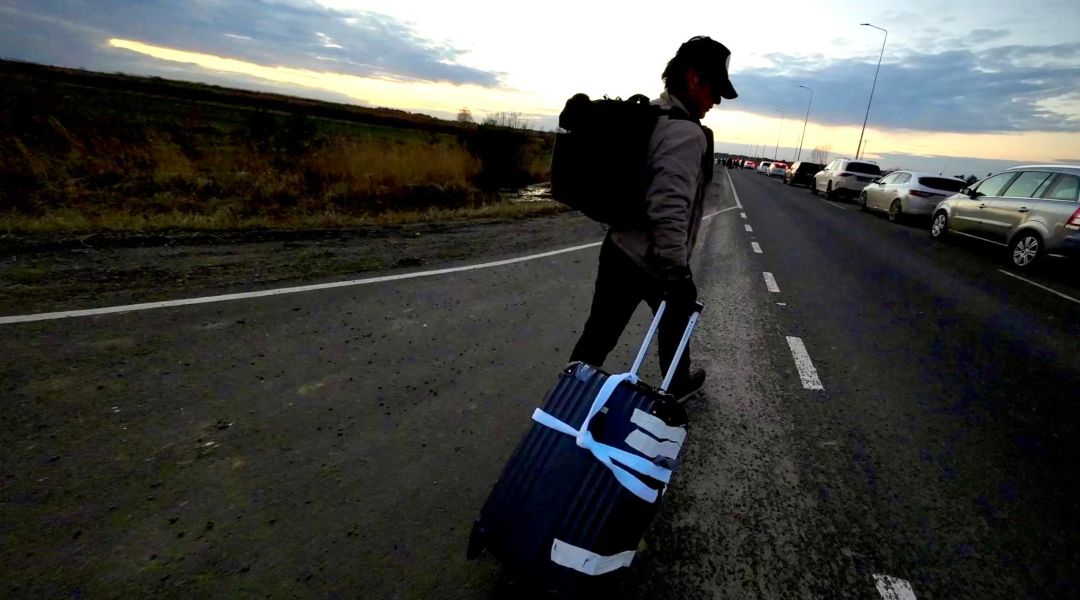 The Into The Wild filmmaker goes into the war.

Academy Award-winning actor-director Sean Penn went to the Ukrainian capital of Kyiv to film scenes for his documentary on Russia’s ongoing invasion of the country.

READ ALSO: Russia Invades Ukraine: Why It’s Happening And How It Will Affect The Philippines And Overseas Filipinos

“American actor and film director, Oscar winner Sean Penn, arrived in Ukraine. The director specially came to Kyiv to record all the events that are currently happening in Ukraine, and to tell the world the truth about Russia’s invasion into our country,” the Office of the President of Ukraine posted on social media.

They included a photo of Penn attending a press briefing on the situation in Ukraine.

“Sean Penn is among those who support Ukraine in Ukraine today. Our country is grateful to him for such bravery and honesty,” the office wrote.

Penn penned his own statement days later to stand with Ukraine, urge Russia to pull out, and encourage Americans to get involved.

“Already a brutal mistake of lives taken and hearts broken, and if he doesn’t relent, I believe Mr. Putin will have made a most horrible mistake for all of humankind. President Zelensky and the Ukrainian people have risen as historic symbols of courage and principle,” the actor-director posted on social media.

He also promoted the documentary Winter On Fire: Ukraine’s Fight For Freedom, which received a nomination for the Academy Award for Best Documentary Feature in 2015.

Penn has since made it out of the country safely, after fleeing to Poland, on foot, among thousands of refugees.

He would later post about his experience involving him and his colleagues walking kilometers to the Polish border after abandoning their car.

The filmmaker has won two Academy Awards for Best Actor for Mystic River in 2004 and Milk in 2009. His feature film Into the Wild also scored two Oscar nominations.

Penn is known to be vocal about his views. In fact, the media have described him as a high-profile campaigner on social and political issues.

“Ukraine is the tip of the spear for the democratic embrace of dreams. If we allow it to fight alone, our soul as America is lost,” he wrote.