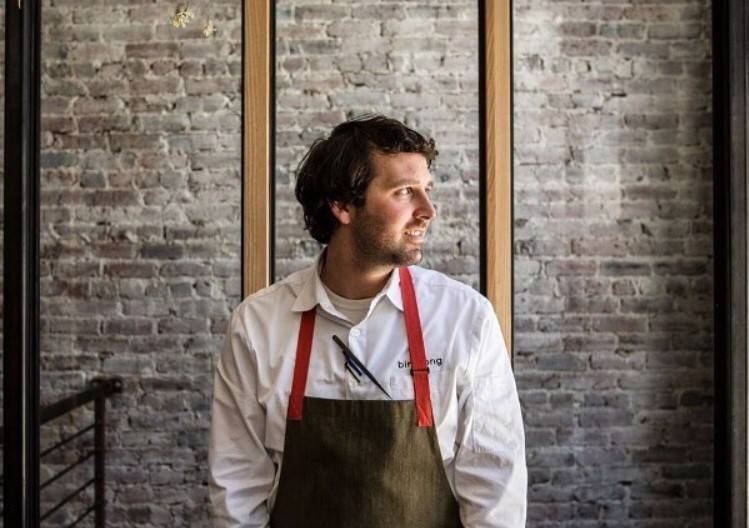 Chef of Michelin-starred birdsong in California, Christopher Bleidorn is passionate about produce. Striving to always respect each ingredient, Bleidorn creates flavour-packed dishes that delight with every bite.

Growing up in an Italian-American household, food was always the center of Christopher’s upbringing in his hometown of Hingham, Massachusetts. This influence motivated Christopher to attend Johnson and Wales in Providence, Rhode Island to study culinary management. He later moved to California to work as Sous Chef at Nine-Ten Restaurant in San Diego. After six years of working for Chef Jason Knibb, he went on to work at several Michelin Star restaurants. This included spending time under the tutelage of Grant Achatz at Alinea in Chicago. Prior to Birdsong, Chris’s influences and experiences come from roles such as Pastry Chef at Corey Lee’s Benu and Chef de Cuisine at both Atelier Crenn and Saison restaurants in San Francisco.

Chris opened his restaurant, Birdsong in San Francisco in May 2018. At Birdsong, Chris takes a heritage-driven, intuitive approach to cooking that builds the flavor in food using traditional methods to achieve non-traditional results. His manifesto at Birdsong focuses on bringing back the ingredients, styles, and techniques of the ways we used to cook, bringing them together to create his own, personal cuisine. He focuses on utilizing the entire ingredient, whether it is an animal, vegetable or fruit, in a sequence of courses to minimize waste and celebrate all parts of the product.

What is your culinary philosophy?

Finding ingredients and capturing them at their strongest point of flavour – whether it is at their raw form or cooking it in a way that allows it to best shine. It’s always looking for and capturing that perfect window. It follows that learning and research are important to my cooking philosophy.

What is your greatest inspiration and how do you incorporate this into your cooking?

To me, inspiration is not a romantic ideology that we often hear of. In my personal life, inspiration is something that comes from dedication and hardwork, and putting in the time to learn and understand everything around us. In California, we are fortunate to have an abundance of beautiful ingredients. By tending to them with the care and knowledge that we have acquired allows us to create food that celebrates those elements.

If you could take a plane to any restaurant in the world, where would you go?

Gion Sasaki in Kyoto, Japan. It was one of my most memorable meals that I’d like to revisit. It is a perfect combination of delicious food and fun.

Who is your culinary hero and why?

I don’t have a culinary hero per se, however, the chef that has had the most impact on my work ethic is Chef Grant Achatz. He puts in the time, he doesn’t compromise his vision and creativity for any reason and is dedicated to his craft like no other.