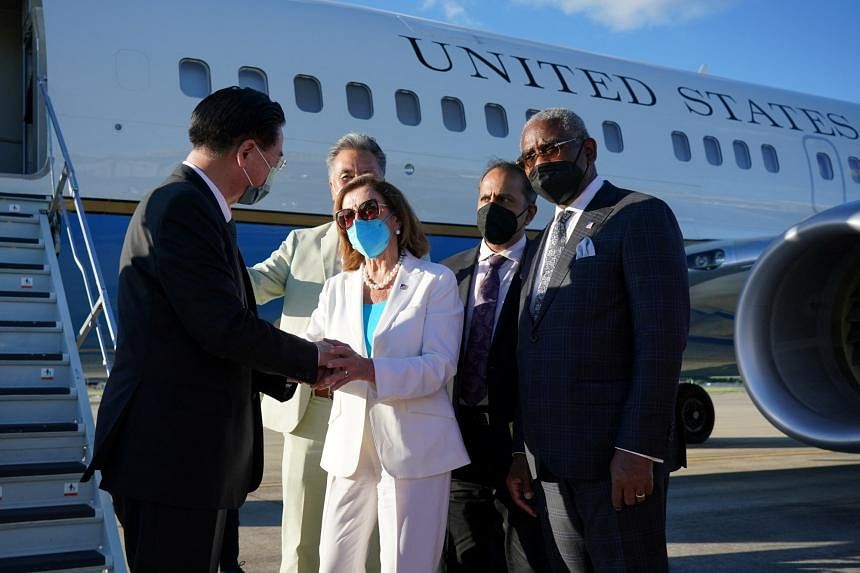 BEIJING – In the days leading up to United States House Speaker Nancy Pelosi’s trip to Taiwan, China had issued an escalating series of threats, warning of retaliation should the visit go ahead.

There had been warnings of the US “paying the price” and of consequences, with Beijing not ruling out a military response.

During a call last week, Chinese President Xi Jinping even told his American counterpart Joe Biden to stop the trip, warning that “those who play with fire will perish by it”.

But the fiery rhetoric failed to sway American politicians, for whom being firm on China is one of the few things both sides of the aisle can agree on.

This means that had either side backed down, it would be a domestic audience that they would have to answer to at a particularly sensitive time. The US midterm elections are coming up and the Democrats are likely to face a tough fight.

In China, the upcoming 20th Communist Party congress and a personnel reshuffle in the Politburo, the party’s top decision-making body, would mean that Mr Xi also cannot afford to be seen as being soft on the US.

As the US delegation landed in Taipei on Tuesday night (Aug 2), the response came fast and furious from China’s foreign and defence ministries, its office in charge of Taiwan affairs, the country’s top lawmaking body and its political advisory body .

All contained similar language – suggesting a coordinated effort – mentioning the US going against the 1992 Consensus, violating the “one China” principle, and destabilising peace in the region.

And the angry rhetoric continued throughout the Speaker’s time on the island, with both Foreign Minister Wang Yi and China’s Taiwan Affairs Office (TAO) releasing multiple statements yesterday.

It is also worth noting that of the multiple announcements by the TAO, two directly referred to Mrs Pelosi and Taiwan President Tsai Ing-wen, a significant escalation from previous similar warnings .

But in all China’s retaliation, it appears so far that only Taiwan has been targeted.

Military live-fire exercises are being carried out around the island, with Taiwan’s defence ministry saying Chinese jets have crossed the median line multiple times.

A Taiwanese man was arrested in Zhejiang province yesterday evening, accused of engaging in separatist activities and being a threat to national security.

This is likely to continue in the coming days with Beijing expected to continue tightening the screws on all fronts.

As a journalist put to Mrs Pelosi on Wednesday during the joint press conference: Taiwan has paid a price for the Speaker’s visit, what will it get in return?

She sidestepped fully answering the question, instead bringing up America’s new Chips and Science Act and more Taiwanese businesses investing in the US.

But after nationalist flames have been fanned in the week leading up to the visit – with some disappointed that Mrs Pelosi’s plane wasn’t shot down on its way to Taipei – Beijing will have to find some way to make good its warnings, or risk being accused of making empty threats.

Yet it needs to strike a delicate balance of retaliating while not risking open conflict with the US, during a tricky period of almost acrimonious bilateral relations.

“The coming period may be bumpy. It will be important for officials to remain in direct contact, for each side to exercise discipline, and focus on preserving peace and stability in Taiwan Strait,” tweeted Brookings Institution senior fellow Ryan Hass.

“Smarts, not flexes of strength, will be needed to navigate this period.”