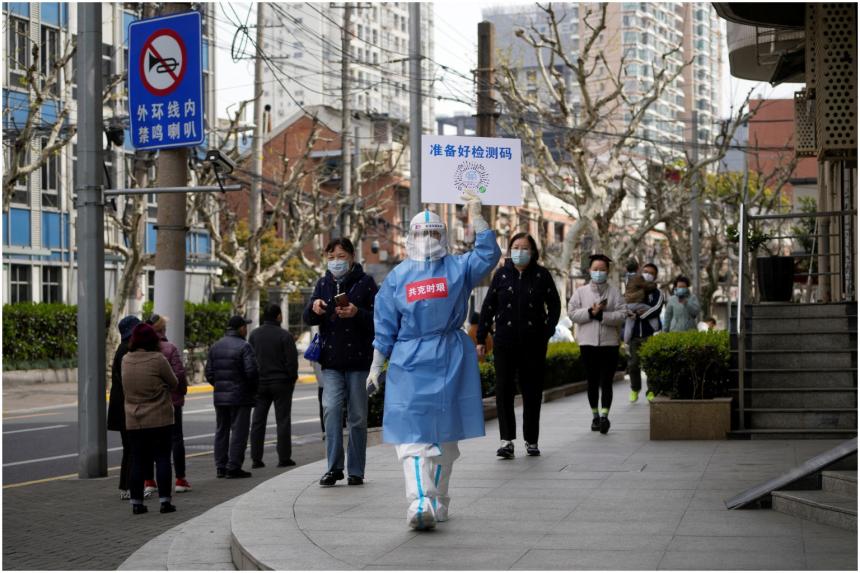 BEIJING (BLOOMBERG, AFP) – China on Sunday (April 3) reported 13,146 Covid-19 cases, the highest since the peak of the first wave more than two years ago, as the highly transmissible Omicron variant spread to more than a dozen provinces.

“There were 1,455 patients with symptoms… 11,691 asymptomatic cases… and no new deaths reported,” the National Health Commission said in a statement.

State media reported a case infected with a new subtype of the Omicron variant.

The new iteration of the virus, isolated from a mild Covid-19 patient in a city less than 70km from Shanghai, evolved from the BA.1.1 branch of the Omicron variant, Global Times reported, citing sequencing data from local health authorities.

The report said the subtype doesn’t match other coronavirus that’s causing Covid-19 in China nor those submitted to GISAID, where scientists around the world share the coronavirus sequencing as a way to monitor mutations.

In China’s financial hub Shanghai, the epicentre of the country’s most severe Covid-19 outbreak, nearly all of its 25 million residents were under stay-at-home orders on Saturday as officials rushed to curb the spread of the disease.

On Sunday, the city had more than 8,200 local cases – nearly 70 per cent of the nationwide total, which is relatively low by global standards but troubling to a country that recorded just double-digit daily cases for much of the last two years.

Shanghai’s restrictions threaten to snarl supply chains, with shipping giant Maersk saying on Friday that some depots in the city remained closed and trucking services would likely be hit further due to the lockdown.

Anger is rising among Shanghai residents over lockdowns that were initially announced as just for four days to mass-test the city, but now appear likely to drag into late next week or longer.

Vice-Premier Sun Chunlan arrived in Shanghai to oversee prevention efforts, as she ordered officials to curtail the outbreak “as soon as possible”, according to Xinhua.

Ms Sun, who previously went to Jilin to oversee lockdown measures in the northeast province, ordered Shanghai officials to “resolutely” conduct measures to stop the outbreak.

China is among the last remaining places following a zero-Covid-19 approach to the pandemic.