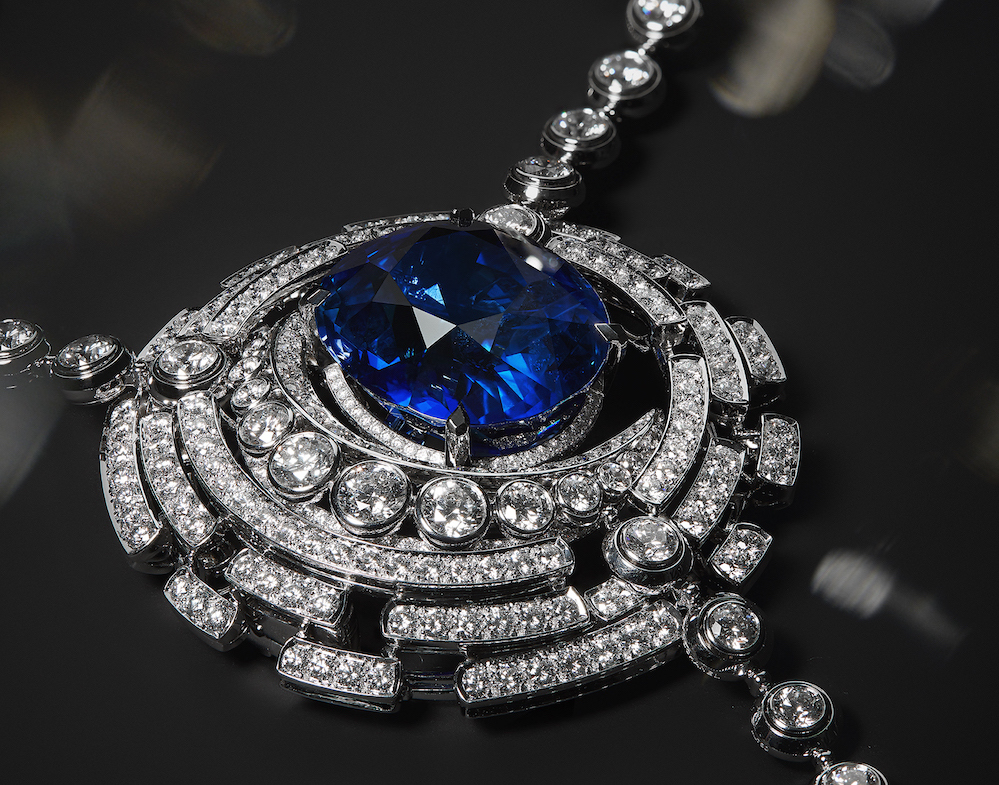 The year 1932 was a pretty miserable time to be alive. It had been three years since life had been put on hold, when Black Thursday in 1929 pushed the world into the dark years of the Great Depression, and when the exuberant growth of the 1920s had faded to vague feelings of nostalgia. These were sombre times, overshadowed by an economic slump and inflation, combined with collapsing consumer demand and soaring unemployment.

But there was hope. “Nothing could be better for forgetting the crisis than feasting one’s eyes on beautiful new things, which the skills of our craftsmen and women never cease to unveil,” Gabrielle Chanel was quoted as saying.

And so, 1932 became the ideal time to break new ground and make room for hope and renewal. From the start of that year, a series of great events had unfolded, casting a positive light over a time of crisis. Elwyn Dirats and Jacques Auxenfants launched the Hot Club de France, spreading the swinging sound of jazz onto the rest of the world. The gilded stuccos of the Opéra Garnier looked on as Un Jardin sur l’Oronte sprang to life under the direction of Philippe Gaubert. A throng of 200,000 people witnessed the long-awaited launch of the oceanliner SS Normandie. And in November that year, the London Diamond Corporation revealed an inspiring idea for restoring the diamond market to its former luster.

The London Diamond Corporation turned to a woman, a visionary accessories designer, who applied the same modern design principles to clothes. A woman with a brilliant mind, whose costume jewellery had recently been lauded by the international press. She was a woman of power, head of a multi-faceted empire that was growing by the day, and a friend of the arts and artists – the beating heart of her era. The woman they chose to breathe new life into diamonds was Gabrielle Chanel.

Tired of the doom and gloom, she chose the possibility of dreams and the vitality of beauty. Mademoiselle Chanel created “Bijoux de Diamants”, the first high jewellery collection in history. It boosted the Diamond Corporation’s shares within two days, transformed an entire industry, and revitalised an era.

It is said that Coco Chanel nurtured her determined pursuit of rigor and purity from her childhood in Aubazine. The Cistercian abbey bathing in the light of the Corrèze sky would be a source of inexhaustible energy and eternal inspiration for her. For example, the sun-lit corridor paved in mosaics of the sun, crescent moons and five-point stars, which had been treaded on for centuries.

“Bijoux de Diamants” was an expression of a highly personal vocabulary of style and of innovative ideas, an application of the principles of haute couture to high jewellery. Conceived around the unities of theme, time and place, it was quite unlike anything made by the jewellers of the day.

“I seek out the motifs that best showcase the brilliance of diamonds – the star, the cross, the fall of graduated stones and large sunburst cabochons,” Mademoiselle Chanel said at the time.

Far more than the name suggests, “Bijoux de Diamants” was a collection that was dazzling and opulent, consisting of about 50 pieces in white and yellow diamonds set in platinum and yellow gold. Together, they draw a map of the sky, covered with comets, stars, the moon, and the sun, while other inspiration was also found in the suppleness of ribbon bows, dancing fringes, airy feathers, and the graphic purity of spirals, circles, squares, and crosses.

The jewellery was displayed from November 7-19, 1932 in an exhibition of a kind that had never been seen before, preceded by a two-day private view that was thronged by the international press and high society. And the timing – at a season when everyone was looking for the perfect gift for end-of-year celebrations – was perfectly calculated.

On November 5 – a symbolic number for Gabrielle Chanel, who always presented her haute couture collections on the fifth of February and August, and used it in the name of her perfume created in 1921 and her handbag in February 1955 – the private view opened in her townhouse at 29 Rue du Faubourg Saint-Honoré. There, in the 18th-century salons of the Hôtel Rohan-Montbazon – her home for nearly 10 years – the worlds of the arts, the press and high society converged. Beneath the lofty ceilings and gilded panelling burnished like the sun, between the gigantic mirrors, crystal lamps and Coromandel screens, Jean Cocteau, Pablo Picasso, and Gloria Swanson mingled. And now, 90 years after the creation of the first high jewellery collection, Chanel’s Jewellery Creation Studio has drawn inspiration from the modernity of “Bijoux de Diamants” to create a new story. The “1932” collection is a voyage beyond space and time, to gaze at the circling of the planets and the movements of the stars. From the legendary original collection, Patrice Leguéreau, Director of Chanel’s Jewellery Creation Studio, has retained the celestial theme, the purity of the lines and the freedom of the body, declaring: “I wanted to return to the essence of 1932 and to harmonise the message around three symbols: the comet, the moon, and the sun. Every heavenly body shines with its own light.”

Taking pride of place in the collection of 81 spectacular creations (of which 15 are transformable) – and the first of which pictures have been released by Chanel – the Allure Céleste necklace is a journey into the heart of light; the light that emanates from the stars and links them in the immensity of the skies. Among the round-cut diamonds, an oval sapphire of a deep and intense blue and an exceptional weight of 55.55 carats and a Type IIa DFL 8.05 carat pear-cut diamond radiate with extraordinary brilliance. The halos on this transformable piece detach to become brooches, just as the central row of diamonds becomes a bracelet, transforming the necklace into a short version and paying homage to the pieces created in 1932 by Mademoiselle Chanel, who wanted to cover women with constellations.

In revisiting the past, Chanel is not only paying tribute to the woman whose eponymous fashion house went on to become the stuff of legend but is also marking a significant milestone in the development of high jewellery. We can hardly wait for the rest of the “1932” collection to be revealed…

To find out more, visit chanel.com.